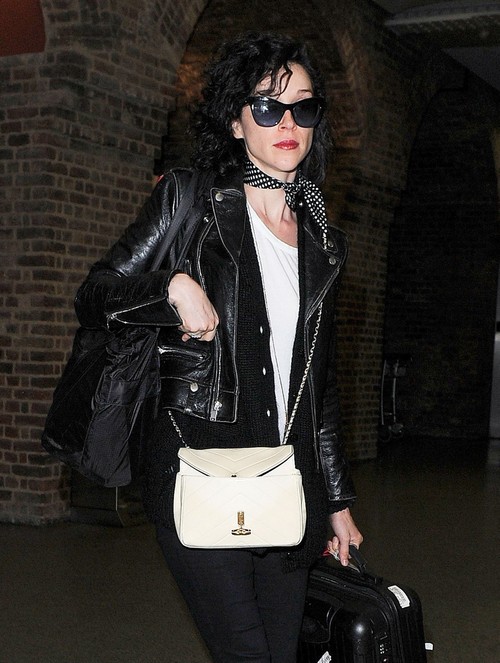 Suicide Squad actress Cara Delevingne could be headed down the aisle in the near future with St. Vincent, as the 23 year old has been seen wearing a gorgeous vintage diamonds and sapphire rock on her ring finger.

The possibility that Cara Delevingne is engaged to her musician girlfriend Annie Clark (St. Vincent as she is better known) has become a hot topic once again after an Instagram pic posted by her Suicide Squad cast mate Jared Leto shows the familiar ring in clear view.

In the pic, Cara Delevingne is seen perched on a seat aboard a plane while she looks straight ahead, clutching a drink in her hand and wearing a ring on the other. Delevingne, Leto and the rest of their cast mates attended Comic-Con 2016 this past weekend to promote the super villain movie in San Diego, California.

Delevingne was first seen wearing the engagement ring last year during the spring 2016 Chanel fashion show that was held in October, according to People. The supermodel-turned-actress was there with her girlfriend Annie Clark, whom she publicly announced last year was the source of her happiness and self contentment. 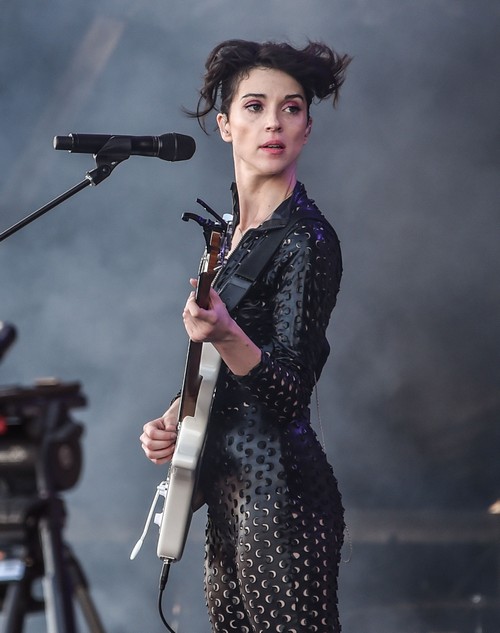 Annie Clark “is a big part of why I am feeling so happy with who I am these days. And for those words to come out of my mouth is actually a miracle,” Delevingne shared about the St. Vincent singer.

Delevingne has been very candid when it comes to battling depression. In April, she set the record straight about her hiatus from modeling, opening up about self-hatred and her journey on a rough path.

When it comes to discussing whether or not they are engaged, both Cara Delevingne and St. Vincent aren’t speaking up. They have both remained mum, leaving us all to wonder. Perhaps, Delevingne is letting that vintage rock do all the talking for them?

Let’s hope that her recent confession that she is part of the Mile High Club doesn’t start any trouble for her and the Mrs. The UK native won’t open up her engagement, but was very willing to share when a wild story about her past romps on planes. Yes, planes. The actress has gotten busy quite a few times while up in the air. With who, she doesn’t say.

“I had sex in the chair on the plane and there was a guy watching,” Delevingne shared while speaking with Love Magazine. “We ended up telling the air stewardess what was happening. Like, ‘This guy keeps staring at us. Can you tell him to stop?’”

Adding, “I’ve had sex on planes a lot. But I’ve always been caught. It’s super-hard not to get caught.”