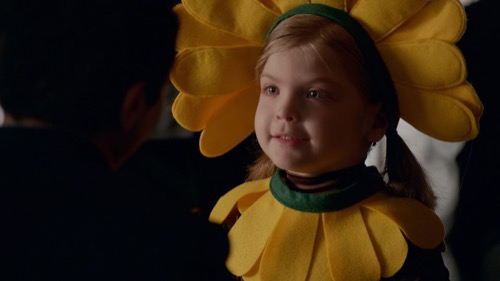 Tonight on ABC Castle starring Nathan Fillion continues with an all new Monday May 2, season 8 episode 20 called “Much Ado About Murder” and we have your weekly recap below. On tonight’s episode a movie star who transitioned to theater work is killed, so Castle (Nathan Fillion) and Beckett (Stana Katic) go behind the scenes to investigate what was going on in the actor’s life.

On the last episode a city inspector cheated death twice when he survives separate poisoning attempted, and a curious Castle and Beckett grew determined to solve this mysterious case. Did you watch the last episode? If you missed it, we have a full and detailed recap right here for you.

On tonight’s episode as per ABC’s synopsis, “after a movie star turned theater actor is mysteriously killed, Castle and Beckett go backstage and learn the star had more to worry about than just his lines.”

Tonight’s episode is going to be great so be sure to tune in to CASTLE on ABC at 10PM EST. We’ll be blogging all the action, be sure to hit up the comments and tell us how excited you are for season 8 episode 20.

Tonight’s episode of Castle kicks off with a man rehearsing Shakespeare in an empty theater. While he is on the stage pacing back and fourth and talking to himself – he hears a noise. He calls out “Who’s There” and then someone in the shadows stabs him in the neck and kills him with a pen made out of a feather.

At home, Kate tells Castle that he got a package in the mail. It’s the “Yolo Card” that he ordered. He starts rambling about the black diamond credit card that he got and all of the perks of being a “Yolo Member.” He reminds Kate that it is their weekly date night, he’s going to pay for dinner with the “yolo Card.”

Kate reassures him that she already has the night planned for them – but it is a surprise and she can’t tell him what they are doing yet.

Luckily Kate is saved by the bell – she gets a call about the murder. Castle rushes to the theater, it turns out that the victim is an actor named Zane Cannon. He was killed with the Quill Pen that was stabbed in his neck. Castle rants about how Zane was not doing Shakespeare justice, but movie stars sell tickets.

The plays director Erin arrives. She is shocked by Zane’s death – she says that they knew each other years ago in theater school. He was terrified of Hamlet and scared he would screw it up so he was rehearsing late at night by himself.

Erin reveals that Zane was sleeping with another actress in the play named Naomi, and they recently broke up. Naomi freaked out and smashed Zane’s car with a baseball bat.

Castle, Ryan, and Esposito pay Naomi a visit. She insists that she never would have hurt Zane. And, she has an alibi. Naomi confesses that she did smash his car because she knew he was cheating on her. Naomi says that she doesn’t know who the mystery woman was – but she brought out the “dark side” in Zane.

Castle and the guys get a lead on the mystery woman that Zane was seeing. Zane was renting a suite at the Black Door Hotel. They head to the hotel, and check out Zane’s suite. They find a woman lying in his bed … and it’s Castle’s Mom!

Castle’s mom jumps out of the bed, Castle is relieved when she says that she wasn’t Zane’s mistress – she was just his acting coach and his life coach. She doesn’t know about Zane’s past, just that he was “dealing with his demons.”

Back at the station, Kate asks Ryan for help coming up with an epic date night for Castle. Meanwhile, Esposito has a better lead – other than Castle’s mom. The day before Zane was killed, he went to Sing Sing to pick up his step-brother Johnny Toro from prison, where he had just served 12 years. They bring Johnny in for questioning – he swears he didn’t kill his brother. But, he does reveal that Zane had serious financial problems, he was broke, but he was woking on a get rich quick scheme.

Ryan and Esposito head out to a hot dog stand to get a snack – they run in to a member of the paparazzi who has been filming Zane for weeks. They bring Jake in to the police station and make him share all of his footage of Zane before he died. They find an interesting clip of footage of Zane meeting up with a mystery guy in the park and buying a burner phone from him that was worth a TON of cash. Esposito recognizes the man, his name is Alejandro and he’s a shot-caller for a major gang in Spanish Harlem.

They bring Alejandro in for questioning – he says that he grew up in the same neighborhood. Recently, Zane popped up and asked Alejandro to get in touch with his boss, El Oso, the head of the Cartel. So, Aljeandro sold him the phone for $10,000 so he could talk to El Oso. Alejandro says that Zane even got a face to face with Oso and word on the streets is that it didn’t go too well. There’s only one problem, Kate and her team has no idea how to find Oso, he’s wanted by the FBI and in hiding.

It looks like Oso may have found Kate’s team though – Castle is kidnapped by two thugs in the parking ramp and knocked out He wakes up tied to a pole and El Oso is standing over him with a hatchet.
Castle’s mom shows up at the police station and asks Kate where he is, they were supposed to go out to dinner and Castle never showed up. Kate thinks his mom is over reacting but she agrees to ping Castle’s cell phone.

Oso has his men cut Castle free – he just wants the NYPD to know that Oso didn’t kill Zane. He says that Zane’s “get rich quick scheme” was that he wanted the rights to a movie about Oso’s life. But, Oso turned him down, he didn’t think he was a good enough actor. Oso had Castle brought all the way there because he wants him to write a script for the movie about his life. He tells Castle that he can sit there and “type-y type-y” or else he will send him home in a body bag.

Meanwhile, Kate and her team has the security footage from the parking garage and they know that Castle was kidnapped. The only problem is that the two kidnappers have a two hour head start. But, Kate remembers that Castle just got his Yolo Card, and it has a tracking device in it. They may be able to find him that way.

On the other hand, Castle might not want to be rescued. Oso hands him a duffle bag with $5 Million in cash to write the movie. While they are discussing payment, The house is surrounded by swat teams and helicopters. Oso gets in a shoot out with the police, but they manage to take him in alive and Castle is saved.

Esposito traces the calls on the burner phone that Zane bought from Alejandro – it turns out that Oso wasn’t the only person that Zane was calling. He also was calling Oso’s brother Hector, who happens to despise Oso and publically condemned him. Kate’s team thinks that Zane got caught up between Hector and Oso’s sibling rivalry – they were fighting over their “Mexican Kingdom” and the same women.

Kate brings Oso’s brother Hector in for questioning – they have proof that he paid Zane $15 Million to find out where is brother Oso was hiding. Hector laughs at their theory about killing Zane. He says that he could care less about the Oso biopic – they should talk to Zane’s pal Erin, she wanted to direct the Oso biopic.

Castle, Ryan and Esposito pay Erin a visit. She confesses that the was jealous of Zane’s career, and that when she learned he wasn’t going to let her direct the Oso biopic like he had promised, she “just snapped.” Esposito handcuffs her and leads her away for the murder of Zane.

Tonight’s episode ends with Kate and Castle having their date night finally – a quiet night in with Chinese food. There is a knock at the door, an unexpected package arrives. It’s a box full of script notes and biographical materials. Even though he is in prison, Oso still wants Castle to write his movie for him. While they are going through the box – Kate gets a phone call, Oso just escaped from prison. Castle better get writing!