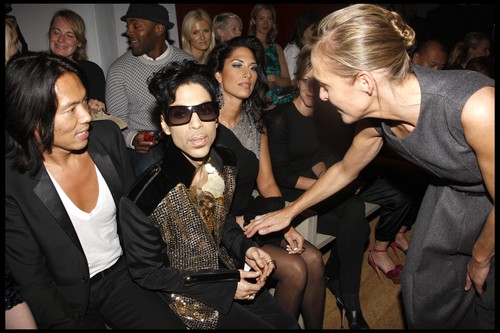 Prince’s death on Thursday April 21 has rocked his friends, family, and fellow celebs. The “Purple Rain” icon’s publicist confirmed that Prince had died after reports of a dead body being found at his Paisley Estate in Minnesota hit the internet. The internet began to mourn the singer, and celebs took to social media to pay tribute to the pop phenomenon.

Justin Timberlake penned a heartfelt tribute to Prince and shared it on Facebook moments after his death at the age of 57 had been confirmed. Timberlake began, “It was Raspberry Beret. I was 4 years old. Yes, 4. I remember that I instantly loved it. “Mommy, who is that singing?” Seems weird but it’s true.”

Justin went on to say that Prince was a, “ONCE IN FOREVER ARTIST.” He ended his emotional statement by proclaiming that Prince was “somewhere in every song he has written,” and dubbing the late singer the “greatest living musician.”

Justin Timberlake was not the only celebrity impacted by the late and great singer Prince, and dozens of musicians and actors took to social media to praise him. 1980’s legend Billy Idol wrote, “Oh my god I can’t believe that Prince has died…he was a great great talent…RIP.”

Slash, Gene Simmons, and even Boy George shared in their sentiments. Boy George tweeted, “Today is the worst day ever. Prince R.I.P I am crying!”

Prince not only influenced 80’s and 90’s musicians – but the much younger Hollywood crowd as well. Charlie Puth shared a photo of the singer and captioned it, “A culture pushing icon and creative genius. Rest in peace Prince.”

Katy Perry tweeted, “And just like that…the world lost a lot of magic. Rest in peace Prince! Thanks for giving us so much…” Zendaya, Hilary Duff, Big Sean, Kelly Rowland, Wyclef Jean, and hundreds of other celebrities also took to social media to mourn Prince’s passing.

Rogers Nelson known as Prince has died at the age of 57. Prince’s body was discovered at his compound in Minnesota early Thursday morning on April 21, 2016 by FameFlynet