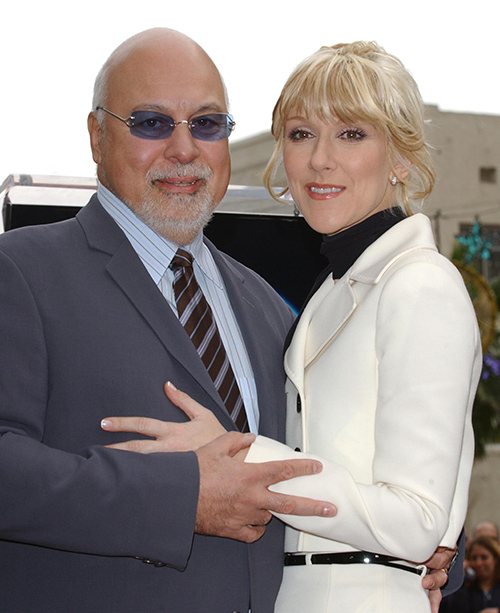 Daniel is survived by two daughters, Valerie and Marie-Michelle; two grandchildren, Matis and Laurianne; and an extended family of nieces, nephews, the Dion matriarch Therese, and his siblings. Daniel was born the eighth of 14 children.

Entertainment Tonight reports that a memorial service will take place at Salon Charles Rajotte on January 23. Several days later a funeral will be head for Daniel at St-Simon-et-Jude in Quebec.

The final days of Celine’s brother were spent at Maison Adhemar-Dion, which is a palliative care center located in Terrebonne, Quebec. A representative for Celine Dion and her family confirmed that Daniel was surrounded by loved ones when he died.

“Taking into consideration the reserved character of their deceased brother, the family wishes respect and discretion from the media,” a press released states. Daniel and Celine’s sister Claudette released a statement to the Journal of Montreal “[Daniel] was ready and he no longer suffered. It was serene.”

A celebration of Rene Angelil’s life will take place on Friday, January 22 at Notre Dame Basilica in Montreal. In 1994, Celine married Rene in a lavish ceremony at the same church. On February 3, a tribute concert entitled “A Celebration of Life” will be held at Caesars Palace Colosseum in honor of Rene.

The Dion family asks that those wishing to send flowers make donations in Daniel and Rene’s names to the Maison Adhemar-Dion. As Celine Dion and children Rene-Charles, Nelson, and Eddy mourn the loss of both Rene Angelil and Daniel Dion, our thoughts go out to the entire Dion family.

Please leave your condolences in the comments section below and come back to CDL for the latest celebrity news.