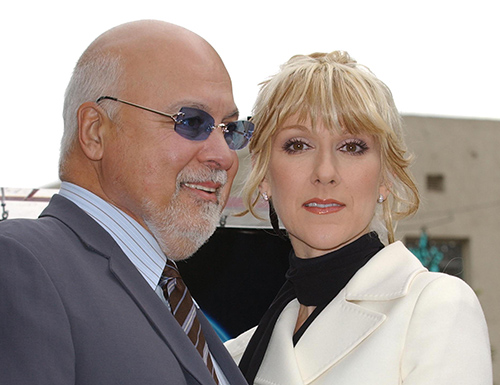 Celine Dion is mourning the death of her husband Rene Angelil and will be doing the same for her brother Daniel Dion, who is dying of cancer. He is currently on his deathbed, and things are quite uncertain at the moment. Celine Dion lost her husband, Rene Angelil, to cancer on January 14. The following day, January 15, the report of her brother losing his battle to cancer surfaced.

Daniel Dion is Celine’s older brother. He is just 59 years old. Such a young age to be leaving this world. It’s really too sad to put into words what this family is going through. Celine Dion’s rep confirmed this sad news to ET and they point out that Rene Angelil lost his battle to throat cancer, which happens to be the same cancer Daniel was diagnosed with.

Celine’s sister, Claudette Dion, told The Journal of Montreal, “It’s very painful. It’s a matter of days or hours.” She continued, “It looks a lot like René, he had cancer of the throat, tongue and brain. Our family is very experienced.”

It’s so true. How much can one family endure all at once? Celine Dion had already cancelled her upcoming shows at Caesars in Las Vegas following the death of her husband. Her plan was to return around February 23. AEG was very supportive of Celine and gave the following statement, as ET reports:

“We are heartbroken to hear this news, not only because René was a great friend and mentor and an extraordinary partner with us in these shows at Caesars Palace for the last 13 years, but even more because he and Celine were so devoted to each other; their relationship has been a model for us all.”

Such true words. Their love story was so very beautiful. Who knows now if Celine will have to postpone her return to the stage even longer. Our thoughts are with the entire Dion family during this terrible time of loss. Stay strong and know that you have a sea of support around the globe.