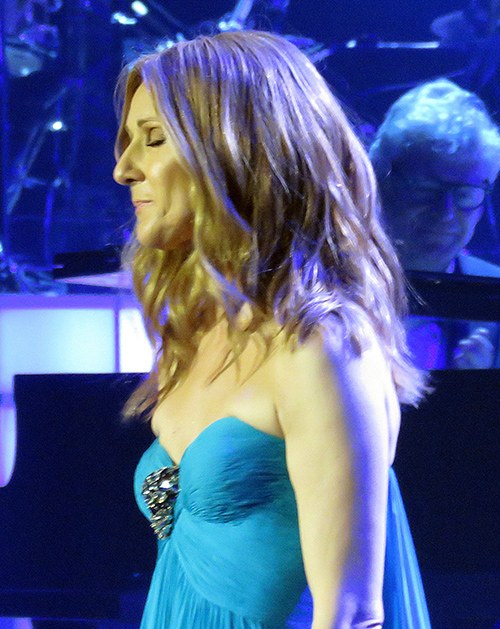 First, Celine Dion blew away the audience at the 2015 AMAs with a moving rendition of Edith Piaf’s “Hymne a L’Amour” as a tribute to the victims of the Paris terrorist attack. Dion’s voice brought tears to the eyes of many audience members despite fighting a battle of her own at home. Celine’s husband has been battling throat cancer since 1998. In 2015, the French-Canadian singer revealed Rene’s cancer is terminal and the family would be spending as much time together as possible.

Celine stepped away from her show in in Las Vegas to support Angelil and spend as much time with her dying husband as possible. Rene urged Dion to return to her Vegas show in the summer of 2015, and Celine revamped the performance to include home movies of her family and Rene. The ‘Power of Love’ singer returned to The Colosseum at Caesars Palace in late August and sold out shows, beating out competition like Britney Spears.

During Michael Buble’s Christmas in Hollywood special, Dion took the stage twice. Once for solo renditions of ‘O Holy Night’ and ‘Happy Xmas’ which was followed by a duet with Buble. Celine stole the show with her moving voice and stunning white evening gown. Buble packed the show with his celebrity pals revealing his choices by explaining, “From Celine Dion to Sharon Jones to Blake Shelton to William Shatner to Gigi Hadid, these are people that I’ve spent a lot of time with them and they’re my friends, so it was a great comfort in standing with them and laughing with them and singing with them and laughing at ourselves at the same time.”

Celine is indeed humble and has a true passion for music. Dion will likely be taking the rest of the month off to spend what time Rene has left together. A source recently shared that Celine Dion is very aware that this will be her last holiday with her husband saying, “This is very likely the last Christmas they’ll celebrate with Rene. Céline is trying to make the most of whatever time they have left with Rene.”

Did you catch Celine Dion Christmas performance with Michael Buble? It’s amazing what Dion is able to handle as she prepares for her last Christmas with her dying husband, Rene Angelil. Share your well-wished and thoughts in the comment section below. Don’t forget to keep an on CDL for the latest updates on Celine and Rene.