Celine Dion Takes Children To Disneyland While Husband Rene Angelil On Deathbed – Last Wish To Die In Her Arms! 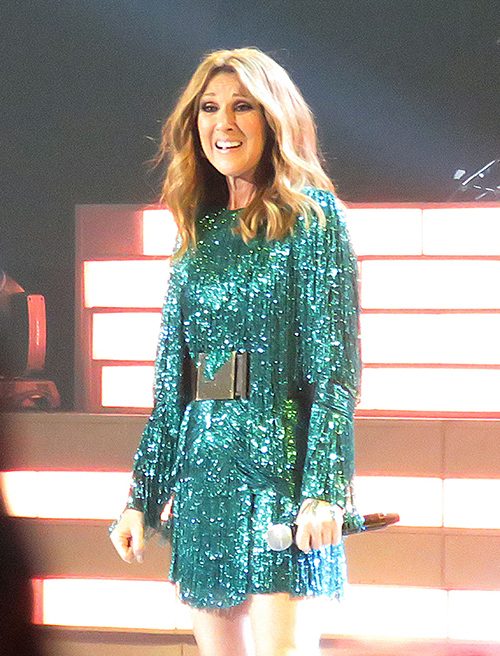 Celine Dion has stood by her husband of nearly 20 years as he battles cancer. The Canadian singer has been focused on working to ease family stress of Rene Angelil’s cancer battle. After dedicating shows to Angelil and arranging family trips, Dion has been preparing for the inevitable loss of her husband.

Celine recently appeared in a rare photo opportunity with her 14-year-old son, René Charles Angélil. Canadian hockey player P.K. Subban uploaded the image of Dion and Rene Charles posing in front of a signed jersey from the NHL defenceman. The image was captioned, “Only four days until site launch! Special thanks to Celine Dion, a big Habs fan.”

After spending some time bonding with her teenaged son, Celine Dion jetted off to Disneyland with her four-year-old twins Eddy and Nelson. The twins will be turning 5 soon. Celine shared the image of her boys wearing matching outfits and posing with Mickey Mouse via Twitter. The songstress shared, “Family fun / Beaucoup de plaisir @Disneyland ! – TC/ÉC (sic).”

Preparing for the Rene Angelil’s death has been a challenge that Celine has handled with strength and grace. Dion spoke to USA Today and shared, “”Sometimes he just wants me to enter into a different place with him. I’ll say, ‘You’re scared? I understand. Talk to me about it.’ And René says to me, ‘I want to die in your arms.’ OK, fine, I’ll be there, you’ll die in my arms.”

Celine also revealed to Us that it’s been a challenge for her children, too, in a way that is different than her own struggles saying. “I have tremendous respect for my oldest, Rene Charles, because he’s showing strength to see his dad this way because he’s been his anchor. When he was younger he knew his dad was older but they bonded a lot. I’m sure it’s hard for him.”

In the wake of Dion’s confirmation the Rene Angelil’s terminal status, the ‘Power of Love’ singer has devoted her Las Vegas show to her ailing husband. Rene wanted her to return to Caesars Palace to continue her passion for music. Celine dedicated the show to her husband and family, sharing personal photos and embracing the time they have spent together.