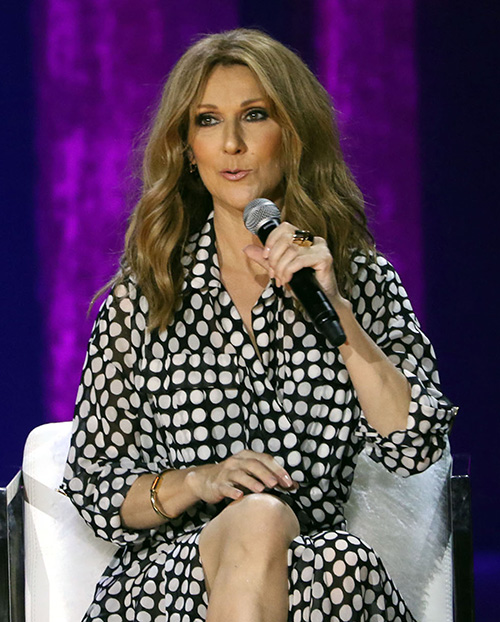 Celine Dion is going on, despite her husband’s health. Rene Angelil has been battling throat cancer and his fight is coming to an end as Rene spends his final days watching Celine’s Vegas show. After taking a hiatus from the stage of the Colosseum at Caesars Palace, Dion returned to wow fans with a show that has been tweaked and dedicated to her ailing husband.

Most recently, Celine talked about her decision to return to the stage even though she wasn’t sure if she could do it. Dion told her audience, “My three children and my wonderful husband wanted me to be here because I’m not quite sure if I was ready to be here.” While Rene was due to join her at Caesars Palace, his medical team deemed him too weak. Instead, Angelil watches a special live feed. He can hear Celine’s messages to her supportive fans and lets them know he is there and has her focus saying, “He’s passing along his strength to me. We have talked about things. I’m being heard many times, through my interviews, through my songs. It’s time for him to be heard. This is his time and it’s going to be the way he wants it to be.”

The show includes images of her private family photos. Images of Celine, Rene, and their children play out as she sings “The First Time Ever I Saw Your Face.” Her legions of fans cheer as Angelil’s face flashes across the screen. However sad it seems, Dion is trying to convey an immeasurable strength not just for her family, but for her future. “I’m trying to stay as grounded as possible,” Dion confessed. “I want to show my (three) children that sickness is part of life, and I have their backs. We got this. We’re doing this. It’s OK. And you cannot be crying and depressed and constantly talk about, ‘Oh my God,’ you know?”

What do you think of Celine Dion’s return to and her new show? Have you had the pleasure of seeing Dion and her amazing strength on stage? Let us know in the comment section below.