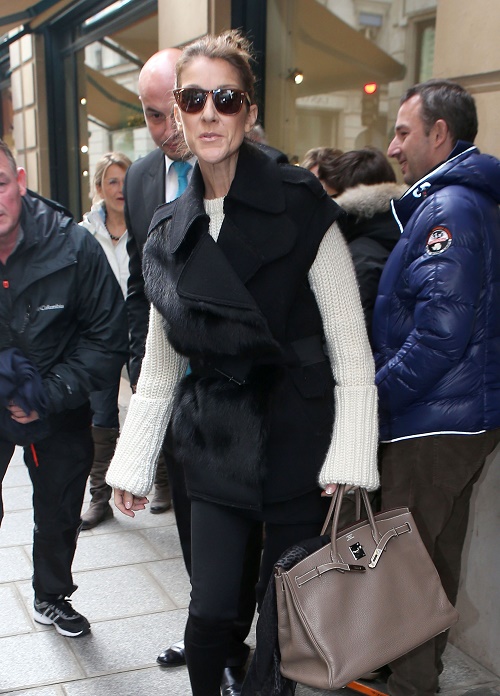 Celine Dion took a break from her Las Vegas show in January to take care of her husband, Rene Angelil, who has been battling throat cancer. He was reportedly getting worse towards the beginning of the year, hence Celine’s reticence to stay away from him for extended periods of time.

However, Rene must be doing better, since Celine Dion just announced her return to Vegas with a ‘refreshed’ new show. Celine’s new manager, Aldo Giampaolo, revealed in a press conference in Montreal, “I want to reassure the media, the public and her fans that Celine is returning, although no actual date has yet been determined.”

The return to the Colosseum at Caesar’s Palace will be very different, with four of the show’s band members departing and getting replaced. Aldo did mention them as well, adding, “Celine and Rene are thankful for their talent and love over the last years and wish them much success in their future projects. It was a very difficult decision but judged necessary in order to breathe new life into the spectacular.”

According to reports, Celine and her team will be meeting at Caesar’s Palace this week to lock down return dates, which are currently being rumored as early as September. And if Celine is this enthusiastic about her return, the news on Rene Angelil’s prognosis must be looking good. There’s no way that Celine would ditch him and return to Las Vegas without that guarantee, considering that he’s been her husband and closest confidant for decades now.

What do you guys think? Is Rene Angelil recovering from his throat cancer? And how do you feel about Celine’s return to the stage? It’s only been a few months since her announcement on leaving the show, so their aggressive treatments must have worked miracles on Rene’s health.