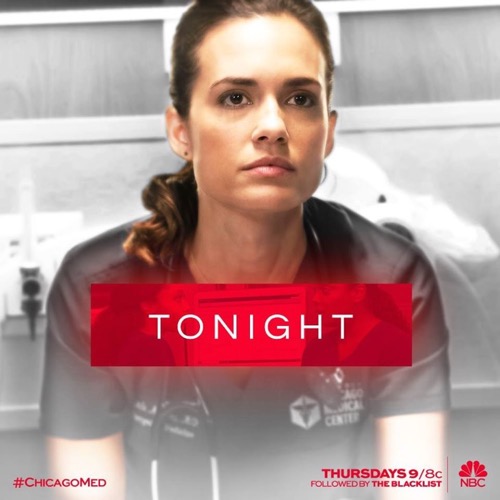 Tonight on NBC their new medical drama Chicago Med premieres with an all new Thursday, September 29, 2016, and we have your recap below. On tonight’s Chicago Med season 2 episode 2, Dr. Choi mentors a military man; and Dr. Reese tries to adapt to her new position.

Did you watch the last week’s Chicago Med premiere where Dr. Rhodes (Colin Donnell) began his fellowship in cardiothoracic surgery but got off on the wrong foot with his challenging new boss? If you missed it, we have a full and detailed recap right here for you.

On tonight’s episode as per the NBC synopsis, “Dr. Manning (Torrey DeVitto) and Dr. Rhodes (Colin Donnell) separately treat complicated cases involving sick babies, only to uncover that the two cases could actually be intertwined. Elsewhere, Dr. Halstead (Nick Gehlfuss) and Dr. Charles (Oliver Platt) treat a homeless man with an upbeat disposition who sheds some valuable insight that prompts one of the doctors to learn a thing or two along the way.”

Last week, Chicago Med ended with Dr. Natalie Manning (Torrey DeVitto) and Med Student Jeff Clarke (Jeff Hephner) leaving the bar “Molly’s”, and going to Clarke’s place for a recap. We continue this week with Manning getting dressed to go get her son, Owen before she headed into work. They both agree that last night was really great. She spots a photo of him and her deceased husband, and kisses Jeff, telling him things are fine.

Chicago Med’s Dr. Ethan Choi (Brian Tee) is training military man, Torres, and shows him all the essentials he should always carry with him. Torres deploys in 12 weeks, and Choi tells him nothing really prepares you for war, but a day in Chicago with the number of gun shots, is a good “primer.”

Dr. Choi is called for a “drive-up and drop”, where Chicago Med Student Clarke arrives on scene first. It’s a single GSW (gunshot wound), the man lying on the ground says something in Spanish to the military trainee, Torres. They realize his lung has collapsed and rush him into the ED, where Torres tells Dr. Choi, “He said I’m only 18!” Choi says welcome to “Chiraq”.

When Torres sees Dr. Choi outside the gunshot victim, Marco’s room, he approaches him and asks if these drive up and drops happen often. Choi tells him yes they do. It’s easier for the gang members to drop them off and roll away, than to stay and answer questions.

When Chicago Med’s Choi goes in to talk to Marco, Choi tells him that they probably need to “cut him open.” Marco says, “Whatever.” Choi leans in towards him and says, “Not whatever. A lot of you guys come in here and don’t make it out. If you do, make it mean something!!” Choi’s words mean nothing, as Marco tells him something in Spanish. When Torres begins to tell Choi what he is saying; Choi replies “The usual… REVENGE!”

Chicago Med’s Dr. Manning runs into mother, Gail, who is walking her infant son Timmy, who is under the care of Dr. Connor Rhodes (Colin Donnell). A nurse approaches Manning with a mom whose 3-month-old girl, Alysha has stopped nursing. As she examines the baby, she orders a bunch of tests, which concerns the mother, but she also mentions about both her older children being thirsty and exhausted all the time too.

Dr. Manning returns with all the tests being normal, but April notices that there is something wrong with the Alysha’s legs and Dr. Manning rechecks her, asking if there is any history of neuro-muscular disease, and orders a CT of her head to see if there is swelling in her brain.

Chicago Med’s Dr. Will Halstead (Nick Gehlfuss) found out last week that his medical malpractice insurance was going to be thirty-five thousand dollars a year he didn’t know what he was going to do. He is venting to a colleague that he has cancelled his TV completely, cut up his credit cards and still isn’t able to manage it every month. He even had to post an ad for a roommate.

Dr. Sarah Reese (Rachel DiPillo) is on a coffee break with Joey Thomas (Peter Mark Kendall), and he seems to be out of sorts. Reese stars to “shrink” him rather than be a friend. He says his new colleague wants to hang out, but he doesn’t want to be friends, he just wants to be colleagues.

Chicago Med’s Nurse April Sexton (Yaya DaCosta) brings in Dr. Halstead to meet her patient who claims he fell on both his wrists. He tells them he has been living on the streets for over 15 years. He tells them he has fallen a few times, they call for an EKG and for Dr. Daniel Charles (Oliver Platt), as Halstead says homelessness and mental illness usually go hand in hand.

Dr, Rhodes is teaching med students how to do minor procedures on infants and young children. He is doing a procedure on Timmy, when he asks the medical students to leave. He turns to Timmy’s parents, Gail and John that they can no longer take Timmy for walks out of the NICU. Dr. Rhodes tells them his lungs are very congested. John tries to reassure Gail and Dr. Rhodes promises to check the transplant list.

Dr. Manning’s infant Alysha’s lips go blue. Her stats drop and it takes over 2 minutes to intubate. They call up for NICU. She informs the parents that there could be a brain injury because of the lack of oxygen to her brain. As they transfer her to the NICU, Chicago Med’s little patient Timmy goes Code Blue and Dr. Rhodes is able to revive him; but the Alysha’s mother says, “This is where we go for babies to die!”

Dr. Charles comes to visit Dr. Halstead’s homeless patient, he thinks maybe it’s some sort of delusional disorder and wants to put him on an antipsychotic to see if they help. Dr. Charles walks by the homeless man’s room, a few hours later and sees him having an in-depth conversation with no one. Dr. Charles asks him who he is speaking to, and he says it was a nurse. Dr. Charles asks Dr. Halstead to inform him when the CT results comes in.

Dr. Rhodes goes to see Sharon Goodwin (S. Epatha Merkerson) and begs her to put Timmy on the top of the list, that he is not going to make it since he is 4th on the list of donor hearts. She says that the heart has to come from a baby his age, the baby has to be under a year, which makes the list very small. She promises she will try to put him at the top of the list.

Chicago Med’s Dr. Rhodes asks Dr. Manning if she will consider speaking to Alysha’s family about organ donation. Manning agrees to talk to the parents, but tells Rhodes he put her in a very bad position. Rhodes tells her the story of Timmy, and how he was the first one to see Timmy breathe and it was his finger that Timmy held for the first time. He begs her, telling her he cannot lost this child.

Chicago Med’s Nurse Maggie Lockwood (Marlyne Barrett) approaches April, when she still doesn’t see an engagement ring on her finger. She tells her that it’s been two months and she owes Tate an answer. Reese approaches them and she seems to be taking her assessments too far. April shuts her down by telling her to stop “shrinking” her.

Chicago Med’s Dr. Manning asks Alysha’s parents if they will consider organ donation, at first they are very much against it, but promises them that she has not given up hope. She does tell them she is waiting for test results, but there is a baby fighting to live just like Alysha. The parents agree to the test, to see if they match. Dr. Rhodes meets with Dr. Manning and they learn that Alysha is a match for Timmy. He thanks Manning for doing what she did. She tells him, that as a doctor she does everything to save her patient, but right now, if her patient makes it, his doesn’t.

Timmy’s parents know their son doesn’t have much longer. Gail, his mother, even tells Dr. Rhodes that he looks like he is getting worse and very quickly. She asks if he is going to make it for the transplant; and he says the fight is not over yet, and to stay in the present. Gail asks Dr. Rhodes about the rumors of a potential donor in the hospital, but he says he cannot legally tell her anything.

Chicago Med’s Doctors Charles and Halstead receive the CT scan that shows the homeless man, Mr. MacGregor has a big tumor, that could have caused him to fall, and they estimate it has been there for at least 10 years, which explains why his memories and stories are off by at least 10 to 15 years! They give him a few tests and when they are discussing it, Dr. Halstead says, “15 years, homeless and essentially blind. I mean that’s a crap hand. He should be pissed. Yet he’s as happy as can be. Crazy, I got this patient today.” Dr. Charles responds, “In my experience, we get the patients we need!”

Ambulance arrives at Chicago Med, with another GSW, this time it is a mother, who was sitting in her house watching TV with her children when rival gangs started shooting at each other. They learn that one of the shooters was their patient, Marco from earlier. Torres hears the news and he helps Dr. Choi, but she doesn’t make it. Dr. Choi announces time of death and as Torres says, “And Marco is gonna go home!” Choi walks away dropping everything on the floor.

Dr. Manning has good news for Alysha’s parents. It appears that it was the grass and dirt that has made Alysha sick and she will be fine. Dr. Rhodes looks over while he sits with Timmy and his parents. Dr. Rhodes is in the staff locker room with Dr. Manning and asks her how she deal with it, the working with children and babies. She tells him how she decompresses. After she leaves the hospital, she goes back to Jeff’s house. Do you like her with Clarke or do you prefer her with Halstead?

The episode ends with Dr. Charles advising a frazzled Reese to “think less and listen more”. Military man Torres thanks Dr. Choi for today and says he hopes he can handle his emotions as well as Dr. Choi can. Dr. Choi wishes him good luck! Choi goes home and writes in a book about who died and that she was innocent and a mother, what do you think this means? Is this his death book, or is this his way of copign with PTSD?