Chicago PD Season 4 Spoilers: Brian Geraghty OUT, Shawn Roman Not Returning – Will Burgess and Ruzek Back Together? 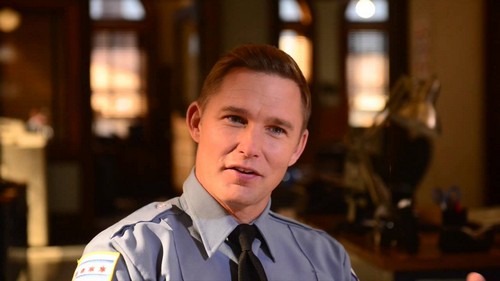 Chicago PD spoilers tease that Brian Geraghty is out at the NBC cop drama, and Shawn Roman will not be returning for Chicago PD Season 4. Last night during the heartpounding Season 3 finale, Roman stopped by the precinct and said his goodbyes and packed up his locker.

He chose to leave the Chicago PD, rather than be stuck on desk duty after being shot on the job. Roman also shared an emotional goodbye with his love interest Burgess, and told her to stay in Chicago and “be a cop for both of them.”

It seemed like odd timing for Roman to exit Chicago PD now. Brian Geraghty’s character has gradually become more and more central on the NBC drama over the course of the past two seasons. Fans were genuinely becoming invested in Roman, his personal storylines, and of course his relationship with Burgess after her engagement to Ruzek fell apart.

According to Chicago PD’s spoilers, Roman’s exit wasn’t random at all though, Brian Geraghty actually told TPTB that he wanted out, so that he could “pursue other projects.” Chicago PD showrunner Matt Olmstead dished to TV Line, “He’s also a producer and wants to get stuff off the ground that he’s been working on and wanted to give us a heads-up and include us in the conversation. It was the most civil, level-headed, mutual fan-fest agreement and departure that I’ve ever been a part of, because he was just very decent about it.”

We truly are sad to see Roman go, he was really starting to grow on us. But, on the bright side, Ruzek and Burgess fans will be thrilled to see that there is a possibility of a reconciliation now that Brian Geraghty’s character is out of the way.

What do you think Chicago PD fans, could Burgess and Ruzek wind up back together? Who would you like to see join the show to fill Roman’s empty spot? Share your thoughts in the comments below!