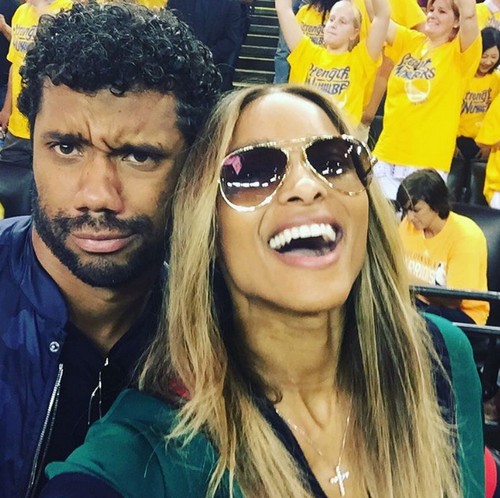 Is Future plotting to attack and kill Ciara’s husband Russell Wilson? Ciara and Future are by far the most bitter exes and worst co-parents in Hollywood. It’s nearly impossible to keep track of Future and Ciara’s neverending legal battles and custody case. It seems like every other week they are heading back to court for some reason or another.

Recently, Ciara lost a huge custody battle with Future in court, but she’s not done. Now, the singer is suing Future for defamation of character. According to a report from TMZ, Ciara just filed some pretty interesting evidence in her court documents. Apparently, Ciara is arguing that Future has threatened to kill her husband Russell Wilson.

Ciara insists in new legal documents that Future is dangerous because of lyrics in his most recent song that tease, “Tryna f*** my baby mama, dog what’s up with you? You gon’ make me get that heat, I’m pulling up on you.”

Frankly, we’re a little shocked that Ciara was able to even understand what Future was saying in any of his songs, but hey maybe she has a translator. Also, Ciara is arguing that Future threatened NFL player Russell Wilson with a gun because he posted football emojis on social media followed by gun emojis.

Ciara is clearly being petty, but that is beside the point. We’re a little confused as to how any of this is has to do with Future and defamation of character. It sounds like at this point Ciara is just looking for reasons to sue her rapper baby-daddy.

But, she may want to rethink her arguments. Last time we checked, posting football emojis isn’t exactly slander or libel. What do you guys think? Does Ciara have a valid arguments? Is Future threatening Russell Wilson, or is she just being petty? Share your thoughts in the comments below!