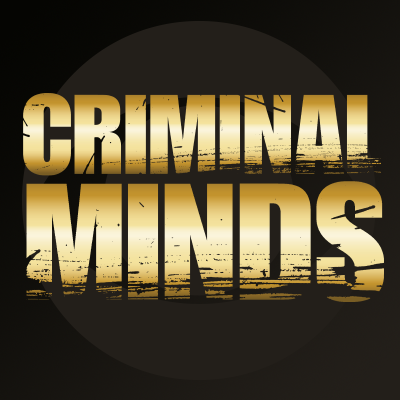 Tonight on CBS their hit drama Criminal Minds returns with an all-new Wednesday, December 8, 2016, episode called “Scarecrow,” and we have your weekly Criminal Minds recap below. On tonight’s Criminal Minds episode season 12 episode 8 as per the CBS synopsis, “The BAU team travel to Yakima, Wash., after the remains of a dozen people are found along a creek bed. Joining the team is Stephen Walker, (Damon Guptona) seasoned profiler from the Behavioral Analysis Program of the FBI.”

Peter Lewis otherwise known as Mr. Scratch was still out there and the BAU wanted to catch him now more than ever. But Emily had realized that they would need additional manpower if they were ever going to catch the Mr. Scratch and so she recruited an old acquaintance. Emily had apparently met someone through Interpol that she felt would be a good fit for the unit. So there was a new team member however, no one outside of Emily knew who this person was and unfortunately a new case cropped up before Emily could even introduce them to the newbie.

However, the case in Yakima wasn’t an easy one and it was time-consuming. There had sadly been multiple 911 calls in the middle of the night about a woman outside that was begging for help and it seems no one bothered to open the door to her because they didn’t know if it was a trap. So the last anyone had seen of this mystery woman was when she had carried by a hooded figure and thrown in the back of his car yet the reason the BAU was called about it was because the mystery woman wasn’t the only victim of this particular UnSub.

The police had later searched the area for the woman and they came across two other victims. One that had been at their best guess dead for three years and another that had been dead for three weeks. Yet, the most recent victim was identified as Debra McDermott and the fact she was a prostitute led them to believe that the other victims may be as well. So they checked out that angle and they did come across a profile matching the woman that was last seen begging for help. Her name was Cherry and she had had friends.

Friends that just felt grateful that there was someone in law enforcement that saw Cherry as a person. Though the people that knew Cherry the best were able to fill in some of the gaps for Emily and the others. They had said that Cherry had a son named Christopher who lived with Cherry’s grandmother, but Cherry tried to send them as much money as possible. So Cherry was just doing her best for her son and the reason she had developed people that cared for her in her line of work was because she cared for them.

Cherry had apparently organized the prostitutes regardless of the fear or repercussion from their pimps. So Cherry wasn’t someone that lived for herself and didn’t care about anyone else. She was someone brave and she tried to maintain her bravery even during captivity. Cherry often tried speaking to the Unsub and she even managed to shake his resolve when she accidentally came across common ground. Cherry had told the Unsub that her mom had ran off and that she had abused growing up. But she didn’t know that had gotten to the Unsub until he began to unravel.

The Unsub had started to shake and he had even screamed out “daddy” as if he was trying to stop his father from hurting him. However, he did come out of his delusions and that’s when he started to hurt himself. The Unsub had used barbwire as a way to punish himself for his whatever he thought he did wrong and that’s when Cherry learned that she could use the Unsub’s father against him. So she continued talking about her son Christopher and the BAU were off discovering more bodies. They had searched the whole route of the river and the body count had gone up to the tens.

Yet, their discovery eventually led the team to the Unsub’s first victim. The first victim had been Wendy Baldwin and she hadn’t been a prosititute. She had been a college working at her family’s supply store in town. So the guys quickly realized that the Unsub must have known Wendy personally so they researched everyone she had dated and whether or not she had problems with a customer at the store though what Reid found was that three people that closed their accounts right around the time Wendy went missing.

One person had retired, another had gone to prison, and the last proved to be their Unsub and his father. There was a farm owned by the Decker family and there had been no signs of the father for the last five years meanwhile his son Kevin was considered a bit of an oddball. Kevin had been physically and emotionally abused by his father who apart of the True Believers at one time and the True Believer thought people should atone for their sins through cleansing and physical punishment. So everything fit and all the team had to do was rescue Cherry.

Cherry though was able to buy herself time because she had pretended that she wanted to atone and that tried to make a run for it. So she had been rescued and unfortunately she went without justice. Kevin had killed himself and he had almost taken Emily and Alvez with him. But the two BAU agents had gotten out in time and later proved to be a good thing that Emily had hired SSA Stephen Walker because Reid had asked for some time off. Reid had known that he was preoccupied with what’s been happening with his mother and so he took himself out of the field.