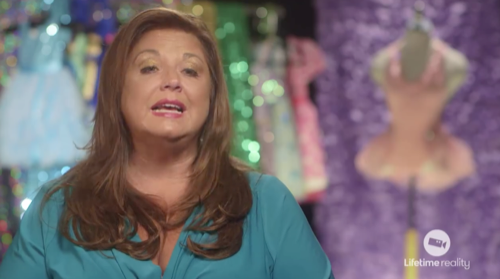 Tonight on Lifetime after a Dance Mom returns with an all-new Tuesday, November 15, 2016, episode and we have your Dance Moms recap below. On tonight’s Dance Moms Season 6 Episode 31 “Two Teams, Two Studios Part 1,” Kendall and Nia are invited to perform with a famous musician.

Did you miss the last episode of Dance Moms where the elite dancers prepared for a commercial shoot, hoping to redeem themselves from last week’s loss? If you did we have a full and detailed Dance Moms recap of the last episode, right here for you!

On tonight’s Dance Moms Season 6 Episode 31 as per the lifetime synopsis, “In Part 1 of 2. The elite team leave the ALDC for Abby’s rival after being fed up with their coach. Later, Abby puts more pressure on the minis and gives three dancers their first solos; the elites are challenged by new choreography“

#DanceMoms starts at 3rd Street Dance with the Junior Elite team and Holly says they can’t deal with anymore of Abby’s crazy behavior like when she tried to disqualify them last week. Abby is focused on the minis and her legal troubles and Abby might be going to jail.

The moms give the girls new jackets to replace their ALDC jackets. They send the girls upstairs and the moms talk. Kira says she talked to Erin Babbs who recommended a guy to Will Johnston to work with them on their solos.

Kira wants them to win since they will be there without ALDC. Erin shows up to meet them. Erin is excited to work with them and Holly says Abby will hate the girls are working with Erin. She has a group number called and Then There Was One.

Kalani is so happy and says Erin’s dances are all incredible. She says she feels powerful this week. The moms snap photos of the girls with Erin. Holly says they should call themselves New Beginnings and post the photo.

Setting off a firestorm

Social media blows up and people are asking if they left Abby. The mini moms see the post by Holly and they say that the elite moms went to her nemesis. They go looking for Abby who is in her office sobbing and wheezing.

Abby tells them to get away from her and not touch her. Abby talks in confession and wonders if the moms are trying to teach her a lesson or f-k her over and says she loves those kids and made them into stars but the moms don’t understand that.

Alexx Calise calls Holly – she’s a singer that has worked with ALDC and Maddie did her solo Cry to one of Alexx’s songs. Alexx has a show in LA this Friday and invites Nia to open the show and sing a bit on Cry. Holly says that’s awesome.

Holly tells her that Kendall has been singing too and Alexx says they can do that. Jill is happy and thanks her. Jill thinks it’s nice that Holly invited Kendall but she’s never sung live so Jill worries she might not be ready.

Abby comes out of her office finally and seems okay. She brings the minis in and says they are doing Sheer Talent. She lets Elliana have a solo and Alexus too. She says Elliana’s solo is a Maddie solo. Abby starts the rehearsal for group.

Abby has them doing a number called Going Going Gone and the mini moms says that’s ironic since so many are gone. The moms worry when Abby will explode. Nia and Holly go meet with the music producer to rehearse for her opening for Alexx. Nia rehearses the ballad with them but she’s struggling.

Back at ALDC LA, Abby says the studio is much calmer and people who want to be there are there. Abby works with Peyton on a solo called I Love Trash that’s acrobatic. Abby thinks this is innovative and funny. It’s Peyton’s first solo and Abby pressures her about winning.

Yolanda says Abby has one team left now that the juniors are gone and she’s worried what will happen if they don’t win. She thinks Abby might go completely out of control if things don’t go her way. The mini moms are fearing the calm before the storm.

The junior team goes to meet Will Johnston and Nia is not doing a solo because of her music but Kalani, Brynn, and Kendall are doing solos. Will shows up to meet them. Jill says she’s so excited about this week so they can have more mature and edgy choreography.

Jill says they need to show people what they’re capable of. Will works with Brynn first then Kendall whose solo is about things that weigh you down. For Kalani, he’s doing one about recognizing what is false and ridding yourselves of those things. They get to work.

Jill says Kendal has been with Abby since she was eight and Abby has hurt her confidence so much and watching her work with Will gives her hope. Ashlee says Brynn is doing real contemporary with Brynn and she never got to do that with Abby who pigeonholed her in lyrical.

Ashlee says Abby couldn’t do better. Then Kalani rehearses. Kira say Kalani has been the team leader since Maddie left but instead of Kalani shining, Abby focused on the minis. Back at ALDC LA, Abby works with Elliana on her solo and tells her to go watches all of Maddie’s solos.

Abby beats Elliana down and it’s about war and a soldier thing. Elliana says she’s up against Alexus and Peyton and she just hopes all three of them win the top three. The moms start bickering a bit about whose kid is better. Peyton’s solos rehearsal is next.

Abby tells that her legs looked short and stubby. Peyton’s mom says they’re underestimating her and she’s going to beat them both. Lots of glares. Kira says Melissa called because Abby texted her and said they were all being so mean to them.

Jill says every week Abby picks on their kids and ran them off and is now crying like it’s their fault. They talk about the then there is one group number and that Abby is the one that will be left when all of them are gone and it’s her own fault.

Alexx meets with the Kendall and Holly to decide what to sin and they rehearse with them. Jill and Holly step out but peek in and listen. Alexx says it’s going to be great. Jill says this is great for Kendall to build her confidence when Abby has been stepping on her confidence for so long.

Back to 3rd Street Dance

More solo rehearsals. Ashlee and Jill talk about leaving is their only option. They wonder if Abby will be sent to prison and that could change everything. Jill says she doesn’t know where they’re going but it won’t be at ALDC LA.

Abby tells the girls that her reputation is on the line and she’s being tested. She raises her voice at them and says if they fail it reflects badly on her. She tells them not to screw it up. She says Kalani got fourth their last year and they need to be winners.

Abby holds group rehearsal. Yolanda says Peyton is struggling and needs to pull it together since Abby is on the warpath. Peyton has her solo rehearsal. Abby stops her and yells. The moms decide Peyton doesn’t know the routine.

Kerri is angry when Abby brings Peyton out in a costume that’s covered in actual trash. Kerri is upset and says it’s trash and is ridiculous. Yolanda says Abby has been so crazy that she shouldn’t say anything. Kerri tells Abby that she’s going to be made fun of.

Kerri says she doesn’t want her daughter looking like garbage for her first solo. Abby tells Peyton that her mom is saying she isn’t doing a solo. Abby kicks Peyton out of the group dance and takes her solo. Kerri says Abby can shove the trash up her a** and walks off.

The other moms try and talk her down. Yolanda didn’t want this to happen and says it’s all falling apart. Abby won’t hear it from them even when Kerri says she was just questioning the costume not the solo but Abby shuts a door in her face.

There is one day left before competition and the teens are working on their group rehearsal but their time is tight because Nia and Kendall have their singing gig. The moms are thrilled and say it’s so different from what they’ve done and Jill says they’ve been in a rut.

At The Mint, Jill and Holly show up with Nia and Kendall. Holly invited the mini moms and Abby but she doesn’t think Abby will show. Alexx asks if they’re nervous. Kendall jokes about wanting Abby there since she makes her happy. The mini moms show up to support them.

Abby shows for the gig

They tell them that their girls miss the teen girls. Kerri tells them about the garbage costume and Ashlee says that’s sad. Kerri says now Peyton is kicked out of the numbers because she said something. Kalani says they shouldn’t let her sit out and that means the team is weak.

Kalani says that’s not a team. Abby shows up. Kalani isn’t happy to see her. Abby talks to the other girls and asks how they’re doing and tells Brynn she canceled an audition and that she canceled a meeting for Kalani. Abby says it’s tacky to have the girls at a bar.

Abby asks I the performance is tracked. Abby glares while she sings. She looks suspicious of what’s happening. Nia gets a big crowd response. Holly is so proud of her and says she was born to perform. Alexx then invites Nia and Kendall up to sing with her. Kendall looks nervous.

Kendall’s voice is shaky and Nia’s isn’t as good. This part isn’t tracked. It seems to be live. Abby gets on her phone when they’re done. The other teens run to hug them. Holly says she’s proud of them and is annoyed that Abby didn’t congratulate them on their performance.

Holly comes over to tell Abby to talk to the girls and Abby says Kendall didn’t really perform. Holly says let’s be nice and positive. Abby can’t be nice. Holly thinks Abby is digging a deeper hole and Holly is ready to face her tomorrow at competition.