Dancing With The Stars 2016: Dances and Details Revealed for Premiere Episode Monday, March 21 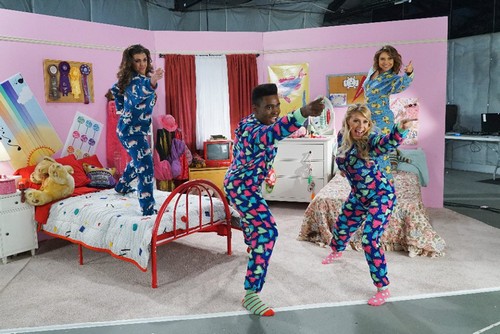 Dancing With The Stars 2016 premiere episode dances and details are in, and it looks like DWTS fans are in for one heck of a show! The premiere episode of Season 22 is scheduled to air on ABC on Monday March 21 – and the network has already release a list of the cast and pro dancers’ first songs and the dances they will be performing.

The couples will be dancing either the cha cha, fox trot, jive, tango or quickstep for night one, and no one will be eliminated during the premiere.

According to an official press release from ABC, here are the dance details for the Season 22 premiere of Dancing With The Stars:

Also, ABC will be officially welcoming back the DWTS fans’ favorite judge – Len Goodman, who has come out of retirement after a few seasons away. One thing is for sure, this season will be must-watch TV.

So DWTS fans, which couple do you think will go all the way? Who will be eliminated first? Share your Dancing With The Stars 2016 predictions in the comments below and don’t forget to check CDL for all of your DWTS news, spoilers, and recaps!