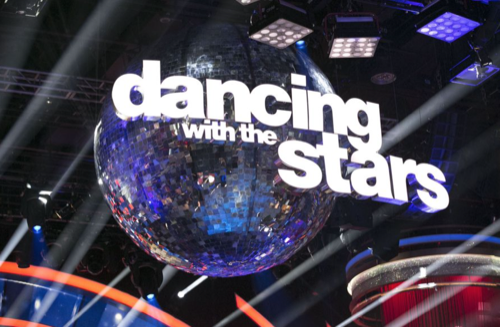 Tonight on ABC Dancing With The Stars 2016 airs with an all new Monday April 18, season 22 episode 5 and we have your weekly recap below. On tonight’s episode, an elimination occurs after the fifth week of performances, during which the stars’ dance pairings are switched. Maksim Chmerkovskiy serves as a guest judge.

On the last episode, an elimination occurred after the fourth week of performances, which featured Disney-themed performances. By the end of the evening Marla Maples was sent home. Did you watch the last episode? If you missed it, we have a full and detailed recap right here for you.

On tonight’s episode as per the ABC synopsis, “America Switch Up” has really changed up the competition this week, as fan engagement through social media has helped to “switch up” the nine remaining couples, as the celebrities and professional dancers swap partners, on “Dancing with the Stars.”

The pressure is on for the pro dancers to choreograph new dances with new partners. Each couple will perform a cha cha, tango, salsa, paso doblé, Viennese waltz, rumba or jive, as chosen by America. The celebrities will perform with their “switch up” partner for this week only.”

Judges Comments: Len: “This was like a trip on the river, you cruised along without a care in the world. You hit turbulent waters though, it was hectic and too many moving parts. It was too much going on in my world.” Maks: “I feel like there are great expectations from you, we expected better and I agree with Len. There were a lot of moving parts, it was a little falling apart.” Bruno: “I have to say that I was pleased to say that there was no holding back with Wanya, it was complex and very difficult. When you put so much energy, it has to be absolutely there. Carrie Ann: “I missed the natural chemistry that you have with Lindsay, it wasn’t as tight that I had hoped for, but still well done.”

Judges Comments: Maks: “It was a beautiful performance, great from beginning to end. It was not really a Viennese Waltz, it was not for me.” Bruno: “Letting yourself go, it was like a romantic novel. I thought you were absolutely on the money with the interpretation of the dance.” Carrie Ann: “I loved it, the way you both came together, that is what musicality is all about. I loved it, it was delicious.” Len: “Thank God you are here Maks. Why not one step in hold, it is a Viennese Waltz? Dancing is like driving a car, you have to look in the rear view mirror.”

Judges Comments: Bruno: “It wasn’t all gold, but it wasn’t bad at all. It is just the musicality, you need to feel it, it is not just a sequence of steps. Enjoy the music and the situation.” Carrie Ann: “I loved this partnership, you were just in it and I didn’t think you missed a step.” Maks: “This was full of Tango, hard to keep in frame and you did it. If you focus on just enjoying yourself, it would be even better.”

Judges Comments: Carrie Ann: “Last week you defined yourself and obviously no matter who the partner is, you are the one to watch.” Len: “It was fantastic, it actually looked like a Salsa that could be in a club.” Maks: “It seemed liked this may have not been your thing, but it was.” Bruno: “You had me in a frenzy of excitement, hot, hot, hot.”

Judges Comments: Len: “It was short on technique, too much pump and grind, it was poor. If you want to shine, you have to polish.” Maks: “I am a big fan, you have bling but this was just an amazing performance, not amazing content.” Bruno: “I think you have the right moves, right package and right charisma. It just looked like you were dancing in different time zones.” Carrie Ann: “You are a natural, it was you, but you are a wild card. I thought it was a bit under rehearsed.”

Judges Comments: Maks: “With a lot of ability, there is a lot of responsibility. There was only one step from a Rumba, I had a problem with that.” Bruno: “You are sexy and I know it. You played it beautifully, an amazing flow of movement, you reached every corner of the ballroom and I could see that you were dancing with your heart.” Carrie Ann: “The thing about you Paige is that your quality of movement is multi dimensional, I love watching you dance and found you two were spot on.” Len: “You are a lovely dancer, clean precise and beautiful toning. But you have to work on selling to me, more emotional, I want to see it come out more. It was acceptable, but it wasn’t exceptional.”

Judges Comments: Bruno: “Unconventional, unique and very creative with extra help in the swagger. But you messed it up in the beginning your kicks and flicks have to be sharp.” Carrie Ann: “You went with his style, I thought that was very clever. Great performance, it was great to watch.” Len: “It was full of fun and full of energy, you came out and gave it your all.” Maks: “You look like you have so much to give and you did. I just wanted a little bit more.”

Judges Comments: Carrie Ann: “You took my breath away. You tell stories with your body and you were born to dance.” Len: “That was like a total eclipse; it doesn’t turn up often, but when it does, it is fantastic.” Maks: “That was hard for me to comprehend, it was the best dance of the night; so much musicality it was amazing.” Bruno: “It was hard not to fall in love with that performance, Mr. Dreamy.”

Judges Comments: Len: “Last week it was lemonade, tonight it was champagne, full of attack, full or purpose, well done.” Maks: “I liked the desperation on your faces, well done and great job.” Bruno: “Re-tuned and re-charged, thank you for all the Spanish content.” Carrie Ann: “That was by far your best dance.”

At the top of the leader board is Nyle DiMarco & Sharna Burgess with a 37 and trailing at the bottom is Antonio Brown & Karina Smirnoff with a 26; another couple will be voted off next week.