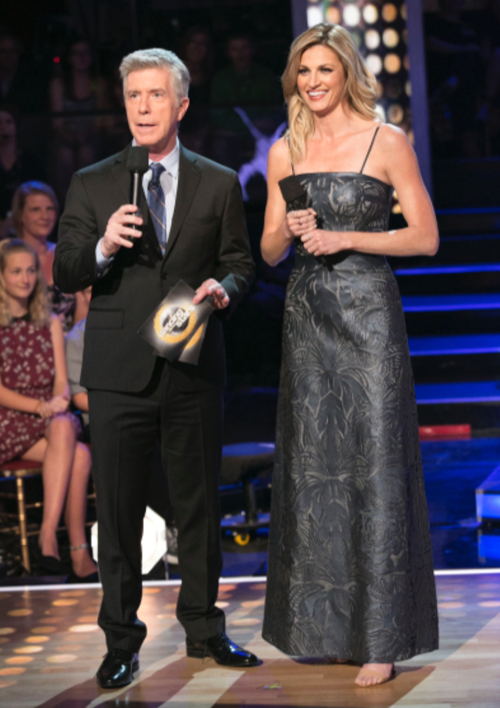 Tonight on ABC Dancing With The Stars 2016 airs with an all new Monday April 11, season 22 episode 4 and we have your weekly recap below. On tonight’s episode, tonight will feature Disney-themed performances.

On the last episode, each couple danced to a song of the celebrity’s choosing that encompassed a memorable time or truly incredible experience in their life. These heartfelt performances promised to showcase some of the most exciting choreography and emotionally robust routines of the season yet. Did you watch the last episode? If you missed it, we have a full and detailed recap right here for you.

On tonight’s episode as per the ABC synopsis, “an elimination occurs after the fourth week of performances, which feature Disney-themed performances. Additionally, Disney Channel “K.C. Undercover” star and Season 16 second-place finisher Zendaya will guest judge for the first time, alongside Len Goodman, Bruno Tonioli and Carrie Ann Inaba.”

Judges Comments: Len: “I said it a couple of weeks ago, there is a dancer in there. Tonight that dancer came out and you produced your best dance yet” Zendaya: “That was so much, I was smiling the whole time, you never missed a step, it was amazing.” Bruno: “The magic is working already, you could have been a Rockette.” Carrie Ann: “You are a smooth operator, I just wish I had a friend like you, you were incredible.”

Judges Comments: Zendaya: “I thought that was beautiful, fluid and I loved how you let go and enjoyed the process.” Bruno: “My darling, there is nothing fishy about that. I thought it was beautiful, you have natural elegance. You have to keep that body contact.” Carrie Ann: “You have the most natural grace, every move you do is so pretty. Be careful of your hands, their are strong.” Len: “It had charm, it had elegance and it had romance. Another solid performance.”

Judges Comments: Bruno: “The lord of the jungle is now the lord of the dance. You are perfectly undressed for the occasion. Great work.” Carrie Ann: “What can’t you do. You come out here and now you are back flipping? You are just something, you are the happiest place on earth. It was really great.” Len: “I look at your body and we are so much alike. It was a great performance, the Samba you did do was terrific.” Zendaya: “I appreciate musicality and I enjoyed it, you stayed in character, everyone in here had fun.”

Judges Comments: Carrie Ann: “I thought the makings of a good routine, but I didn’t see it. Your hat got in the way in the beginning, you put in the work, but it just didn’t come together.” Len: “What I liked is that you got right into the character of the dance, you just got out of sync a couple of times. “ Zendaya: “People makes mistakes it happens, take it from a Disney girl, channel into into positivity.” Bruno: “I know what happened, the medicine kicked in half way through. The timing was slightly off, the personality was chirpy.”

Judges Comments: Len: “There was plenty of zip in that performance, your best dance so far.” Zendaya: “It looked like you were having so much fun, you brought me into and I really appreciate it.” Bruno: “The fastest girl in the jungle, nobody can keep up with you. We have been telling you for weeks about your shoulders, tonight you had it under control.” Carrie Ann: “Your partnership is fantastic, it is magic the way you work together. You make it look so easy.”

Judges Comments: Zendaya: “You kept going even with a smile on your face, as long as you continue with your held up high that is all that counts.” Bruno: “You stumbled in the jungle. You covered it to your best ability. When you come back, get that wow factor out of you that is what we want to see.” Carrie Ann: “It was an underwhelming performance. It is nice to receive all the energy, work on the trust.” Len: “It was full on, you made a go. What it was, you went wrong and you hoped nobody noticed, but they did.”

Judges Comments: Bruno: “What a transforming I am totally enchanted. Your posture was better, your lines were better, just work on your turns.” Carrie Ann: “Witney you are stunning. Von you were adorable, so charming, I loved it.” Len: “I am not grumpy tonight and Von someone has got to get it, but it’s not you.” Zendaya: “For this big strong guy, you were so graceful.”

Judges Comments: Carrie Ann: “That was ridiculously good, once you got in hold, it was the best from any partnership this season.” Len: “What a tasty dish, a hit of Tango on a bed of Fox Trot. The best dance this season so far.” Zendaya: “It was like watching a Broadway musical, you didn’t get lost, you were the star of the show.” Bruno: “It had that grand theatrical look, everything was crystal clear. I loved it”

Judges Comments: Len: “Tickle my bum and call me Donald. This competition is heating up, that was fantastic.” Zendaya: “You did it justice, you were the king of the jungle. Amazing job.” Bruno: “You were a magnificent beast, you gave it everything and more. You killed it.” Carrie Ann: “I loved seeing this side of you, but I think you over danced it in the beginning.”

Judges Comments: Zendaya: “That was so clean, everything was so amazing. I had such a fun time, you brought it to life.” Bruno: “It was so unexpected creatively, I am telling you it was so wonderful. Tonight, everyone had a peak of creativity, good job, absolutely fantastic.” Carrie Ann: “That was probably the most difficult of all dances tonight, you did fantastic.” Len: “Tonight has been a fantastic evening and you ended it on a happy note.”

Time for results: The first couple in jeopardy is Marla Maples & Tony Dovolani and joining them are Jodie Sweetin & Keo Motsepe, the remaining couples are safe.

The couple eliminated this week is Marla Maples & Tony Dovolani.