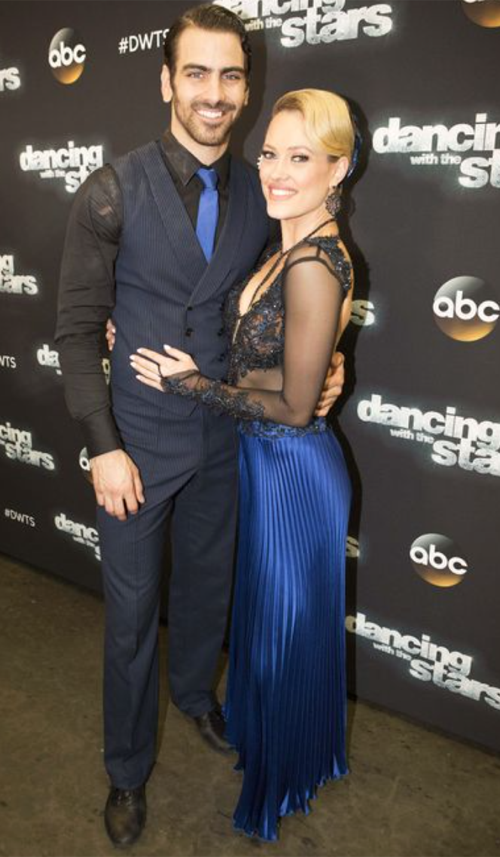 Tonight on ABC the 10 celebrities returned to the “Dancing With The Stars” Ballroom for “Disney Night.” Nyle DiMarco & his professional dancer Peta Murgatroyd hit the dance floor and danced a Samba routine to “Trashin’ the Camp” from Disney’s “Tarzan”.  Did you watch tonight’s episode? If you missed it we have a full and detailed recap, right here for you.  Did you miss any of tonight’s performance videos? If you did we have them all, right here for you!

Judges comments on Nyle’s DWTS Week 4 Samba: Bruno: “The lord of the jungle is now the lord of the dance. You are perfectly undressed for the occasion. Great work.” Carrie Ann:“What can’t you do. You come out here and now you are back flipping? You are just something, you are the happiest place on earth. It was really great.”Len: “I look at your body and we are so much alike. It was a great performance, the Samba you did do was terrific.” Zendaya: “I appreciate musicality and I enjoyed it, you stayed in character, everyone in here had fun.”

Watch the video below and let us know what you think, do you agree with the judge’s comments? Do you think Nyle did enough to avoid elimination tomorrow? Sound out in the comments and let us know your thoughts?