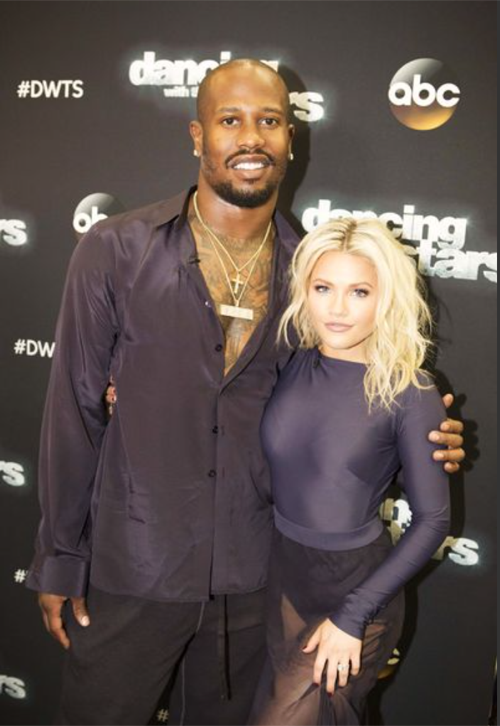 Tonight on ABC the 10 celebrities returned to the “Dancing With The Stars” Ballroom for “Disney Night.” Von Miller & his professional dancer Witney Carson hit the dance floor and danced a Viennese Waltz routine to “A Dream is a Wish” from Disney’s live-action feature “Cinderella”.  Did you watch tonight’s episode? If you missed it we have a full and detailed recap, right here for you.  Did you miss any of tonight’s performance videos? If you did we have them all, right here for you!

Judges comments on Von’s DWTS Week 4 Viennese Waltz: Bruno: “What a transforming I am totally enchanted. Your posture was better, your lines were better, just work on your turns.” Carrie Ann: “Witney you are stunning. Von you were adorable, so charming, I loved it.” Len: “I am not grumpy tonight and Von someone has got to get it, but it’s not you.” Zendaya: “For this big strong guy, you were so graceful.”

Watch the video below and let us know what you think, do you agree with the judge’s comments? Do you think Von did enough to avoid elimination tomorrow? Sound out in the comments and let us know your thoughts?