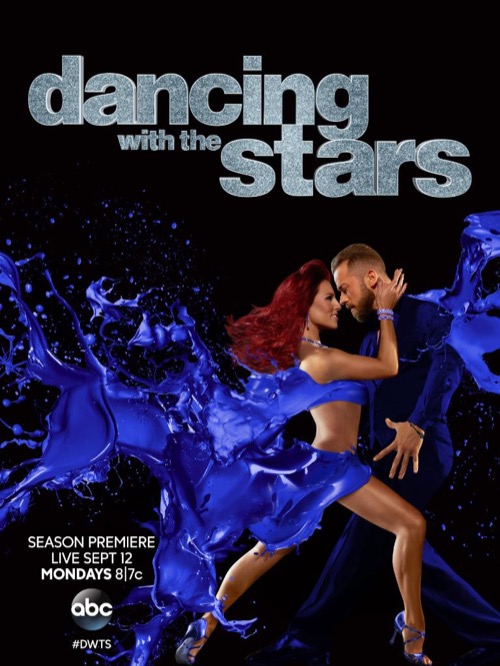 Dancing With the Stars will be kicking off its 23rd Season on September 12th on the ABC network. Excitement is starting to build among fans, especially since ABC’s Good Morning America (GMA) tweeted that the Dancing With the Stars’ (DWTS) official cast announcement with be revealed on GMA on Tuesday, August 30th.

The tweet was later removed five hours later for unknown reasons, but the buzz is catching on like wildfire! Just to be safe, set your DVRs or be sure to catch Good Morning America that day to see which celebrities will be cast for the new season!

DWTS also released an image of the Official Dancing With the Stars’ Season 23rd poster. The image reveals that pro dancers, Sharna Burgess and Artem Chigvintsev will be on the show this season. The image was seen at the end of the video promo announcing this season’s September 12th premiere date.

There has been a lot of hype and speculation about who will be on this season’s show, including a rumor that U.S. Olympic Swimmer, Michael Phelps was asked to join the show. Those rumors have been refuted by Phelps, claiming he was not interested and that his focus right now is on the current Summer Olympics happening in Rio de Janerio, where he has just added five gold and one silver medal to his astounding total of 28 medals (23 of them being gold medals).

Pro dancer Mark Ballas, has commented on who he would like to see on DTWS, and of course, this sparked rumors that maybe one of the U.S. gymnasts will appear in the 23rd Season. The producers have been keeping an eye on the Olympics to see which athletes have the biggest fan base, and could attract more viewers to the show.

Although nothing has been confirmed yet, it is most likely that co-hosts Tom Bergeron and Erin Andrews will be returning, as well as judges Len Goodman, Carrie Ann Inaba and Bruno Tonioli. The only question remaining, other than who will be on the cast, is how many contestants will there be? Usually, there are anywhere from 14 to 17 celebrities each season.

Don’t forget to tune into the ABC network for Dancing With the Stars’ 23rd Season premiere on Monday, September 12th at 8 p.m. ET!! Check Soap Opera Spy often for updates, news and spoilers!

Get ready cos we’re comin ! 💙💙 #dwts @theartemc aka: Velvet is killin it over here 😅😉