BY Heather Hughes on May 31, 2016 | Comments: 3 comments
Related : Days of Our Lives, Soap Opera, Spoiler, Television 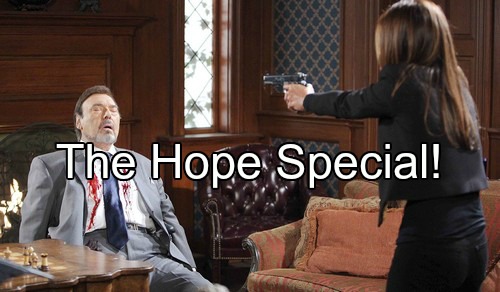 “Days of Our Lives” (DOOL) spoilers tease that another stand-alone episode is on the way. DOOL has been doing several of these lately as they attempt to explore some pivotal moments for certain characters. We recently watched Jennifer (Melissa Reeves) battle her painkiller addiction. Now it’s Hope’s (Kristian Alfonso) turn to wrestle with her thoughts.

“Days” fans know that Hope has been through more drama than anyone should have to deal with. After fake Aiden’s (Daniel Cosgrove) murder attempt and Bo’s (Peter Reckell) death, Hope completely unraveled. She killed Stefano (Joseph Mascolo) and Rafe (Galen Gering) was forced to clean up her mess.

Hope finally got her act together and fell for Rafe in the process. That’s when Aiden came back and turned Hope’s life upside down all over again. Hope can’t deny that she still feels something for Aiden, but she’s grown to care deeply for Rafe, too. “Days of Our Lives” spoilers reveal that Hope’s mind will be spinning as she tries to figure everything out.

Fortunately, a whole episode will allow Hope to fully contemplate her situation. On Wednesday, June 8, Hope will take a walk down memory lane as she makes decisions about her future. Andrew Masset announced that he’d be reprising his role as Larry Welch, a former love interest of Hope’s.

Larry turned into bit of a villain, but he’s an important part of Hope’s past. In fact, Hope may draw some comparisons between Larry and Aiden. She’s still trying to determine if Aiden can be trusted. 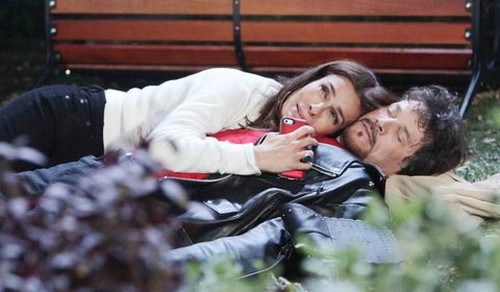 TV Source Magazine is reporting that Stefano will also make an appearance in this big “Hope show.” (Yes, an official spoiler actually calls it that.) Hope will undoubtedly think about how murdering Stefano has affected her life. She doesn’t entirely regret ridding the world of the evil DiMera patriarch, but it’s been a lot to handle.

Hope might have a chance to face Stefano in a dream. If so, things could get pretty intense. Stefano should be furious that Hope has gotten away with her crimes thus far. However, “Days of Our Lives” spoilers indicate that real consequences could be coming down the road.

Hope’s episode wouldn’t be complete without a Bo sighting. We should get some good flashbacks, but it sounds like we may get a new appearance as well. Bo and Hope were soul mates, but Hope is trying to move on. Maybe Bo can provide a little guidance.

In addition, DOOL spoilers hint that a new actor was brought in to play a crucial character on Hope’s day of reflection. We don’t know for sure who this special someone is, but it might be the spirit of Hope’s deceased son. Zack died as a young boy after Bo’s daughter, Chelsea (Rachel Melvin), accidentally ran over him while texting.

It’s possible that they cast another child, but it’s equally possible that Zack will appear as a young man. Perhaps Zack will remind his mom that it’s OK to let go of her guilt. Whatever the case, it sounds like an intriguing episode. We’ll let you know if we hear any other news about this unique occasion.

Stick with the NBC soap for updates on what else is in store.

So “Days” fans, what do you think about Hope’s stand-alone episode? Will you be tuning in for all of the special guests? Voice your opinion in the comments below and don’t forget to check CDL often for the latest “Days of Our Lives” spoilers, updates and news.