Days of Our Lives (DOOL) Spoilers: Sleazy Jock Forces a Kiss on Ciara – Theo Comes to Her Rescue, Beats Up Mark

BY Heather Hughes on April 20, 2016 | Comments: one comment
Related : Days of Our Lives, Soap Opera, Spoiler 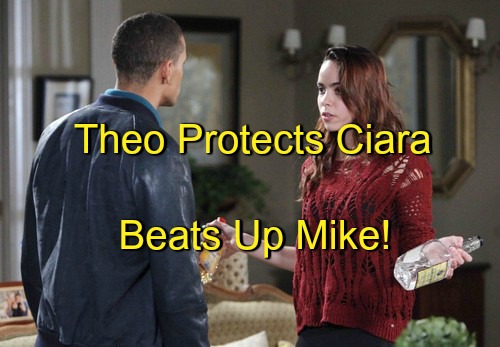 “Days of Our Lives” (DOOL) spoilers reveal that Salem High’s prom will be held at Edge of the Square on this week’s epsiodes. Of course, you can’t have a prom without some decorations. Several of DOOL’s teens will gather to deck out the club for the celebration. Unfortunately, it looks like a new jock will cause big trouble.

Ciara’s (Vivian Jovanni) world was turned upside down when Chase (Jonathon McClendon) made the decision to rape her. However, Ciara has been trying to move on with her life and she’s doing pretty well thanks to Theo’s (Kyler Pettis) support.

Theo cares about Ciara and he wants to watch out for her. His protective side is going to land him in hot water during the prom preparations.

“Days of Our Lives” spoilers say we’ll be introduced to a teen named Mark McNair (Connor Weil). This guy is a stereotypical varsity jerk who’s used to getting any woman he wants. When Ciara catches Mark’s eye, he’ll get extremely flirty. 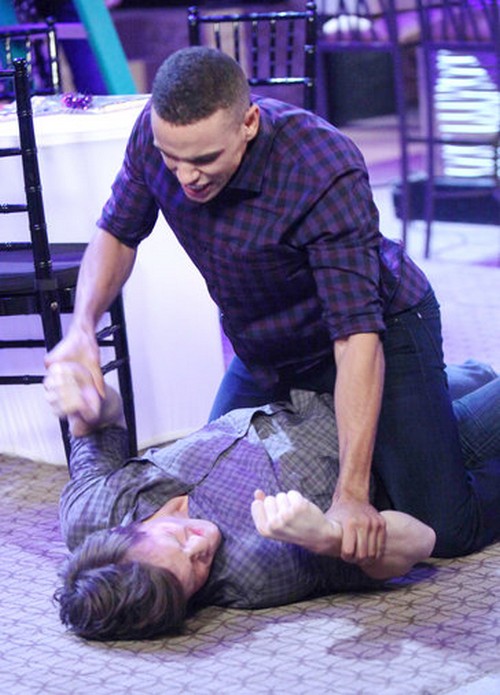 Ciara will become highly uncomfortable, but Mark will probably treat this situation like a challenge.

He won’t approve if he learns Theo is getting in fights because of his love for her.

Things could get even worse if Mark retaliates. Mark’s dad is a judge and he may use that to his advantage. DOOL spoilers indicate that Joey (James Lastovic), Ciara and Claire (Olivia Rose Keegan) will be accused of vandalism after next week’s prom.

Theo must catch a lucky break since he doesn’t seem to be involved.

Will they really be responsible for the impending damage or could Mark frame them? Time will tell, but they’ll likely face some consequences either way. It appears the teens on “Days of Our Lives” have difficulty staying on the right side of the law.

A fearful Abe will eventually order Theo to steer clear of Ciara. Stick with the NBC soap for updates on what’s ahead.

So “Days” fans, what do you think about the news that Theo will come to Ciara’s rescue? Will Theo’s heroic act lead to bigger problems? Will Ciara, Joey and Claire face charges over the upcoming vandalism fiasco?