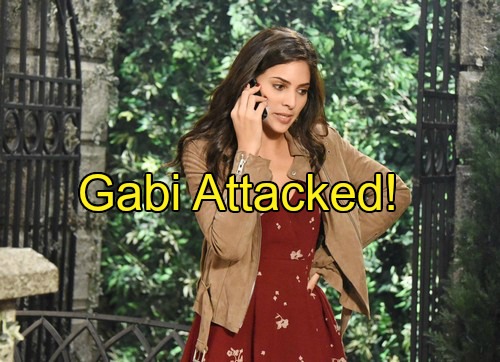 Days of Our Lives (DOOL) spoilers tease that Eduardo’s (A Martinez) past will come back to haunt him once again. No matter how hard he tries, Eduardo just can’t escape his violent history. As a former assassin, Eduardo has plenty of people on who aren’t too happy with him. It seems one of them intends on making Eduardo pay the price.

Eduardo recently found another alarming message. A note called him a murderer and hinted that there’s much more to come. Eduardo is worried about what the future holds for his family. Days viewers will recall that Eduardo abandoned his wife and kids because he felt they would be in danger. After each hit was completed, Eduardo had no choice but to move on.

Once Eduardo felt like it was safe, he returned to Salem and has been trying to make amends ever since. Unfortunately, Eduardo was obviously wrong about being in the clear. He may have a target on his back until the day he dies.

The Hernandez clan has already faced major drama due to Eduardo’s connection to Winterthorne Academy. Ari (Harper and Sydnee Udell) and Adriana (Alma Delfina) were kidnapped. Rafe (Galen Gering) was also nearly shot, but Eduardo managed to shield him from the bullet. 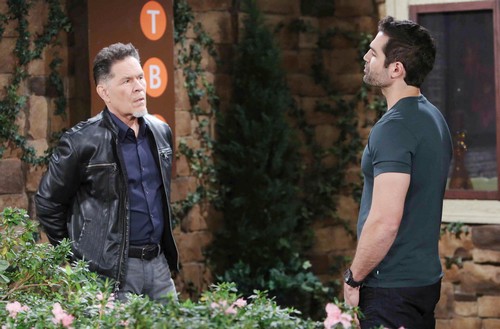 Everything turned out OK, but the whole family knows there could still be trouble. In fact, Days of Our Lives spoilers indicate that Gabi (Camila Banus) will soon face someone quite menacing. A man will attack Gabi and deliver a chilling threat. Gabi will be pretty shaken up, but her injuries probably won’t be too severe.

Meanwhile, DOOL spoilers say Dario (Jordi Vilasuso) will mull over the damage his father has done. The rest of the family has been working toward forgiveness, but Dario just can’t get on board yet. He may start to consider the idea, but will Gabi’s ordeal put the brakes on any kind of pardon?

Dario and Eduardo may grow closer eventually, but it’s going to take some time. Days of Our Lives spoilers reveal that Eduardo will do his best to take care of the dangerous circumstances his family members are facing. He’ll hope to finally close the door on that chapter of his life.

Of course, that might be wishful thinking. There’s always a chance for additional peril down the road. Nevertheless, Eduardo will likely get a lengthy break from the assassin mayhem after he wraps up this storyline. Days has many other hot plots to get to.

Until then, we’ll see Eduardo make some bold moves to keep his ex-wife and children out of harm’s way. Will Eduardo’s mission succeed? Could the rest of Eduardo’s brood get attacked like Gabi? They’ll all have to stay on guard. Eduardo will try to protect them, but he can only do so much against a such a vengeful force.

DOOL definitely has some shocking moments in store. We’ll give you updates as more news emerges. Stay tuned and don’t forget to check CDL often for the latest Days of Our Lives spoilers, updates and news.