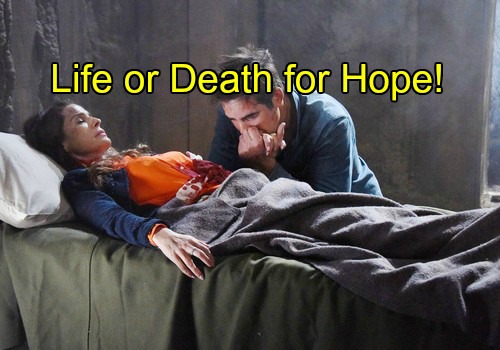 Days of Our Lives (DOOL) spoilers tease that we’ll see the aftermath of that soapy explosion. Shawn (Brandon Beemer) will be faced with the task of searching for Hope (Kristian Alfonso) and Rafe (Galen Gering). He’ll worry about what condition he might find them in.

Fortunately, Rafe and Hope survived Andre’s (Thaao Penghlis) revenge attempt. That was a doozy of a bomb, but they’ll live to tell the tale of this horrific ordeal. Nevertheless, they have a rough week ahead. Rafe will take Hope through a DiMera tunnel and they’ll try to figure out their next move in a secret room.

Days spoilers say Rafe will have a serious leg wound, but Hope will be the one who took the worst blow. She’ll most likely have internal injuries that need to be treated right away. The problem is that Hope won’t want Rafe to leave for help. She’ll fear that she could die scared and alone. 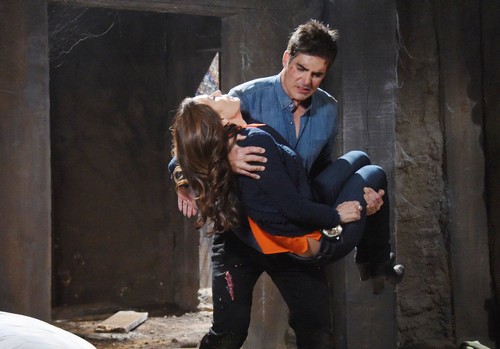 Shawn will be puzzled when Rafe and Hope aren’t in the cellar. He’ll do his best to get to the bottom of this mystery. Meanwhile, the pain will start to get to Rafe. It will soon become so intense that he passes out.

Days of Our Lives spoilers indicate that Rafe will have a grim nightmare. He’ll be concerned about what could happen if he doesn’t get Hope out of there alive. Rafe would never forgive himself if Hope ended up dead because of her efforts to rescue him.

Plus, Rafe desperately wants a future with the woman he loves. When Rafe comes to, he’ll realize that he has to do whatever it takes to get Hope to safety. Days fans will get a standalone episode devoted to Rafe’s struggle. 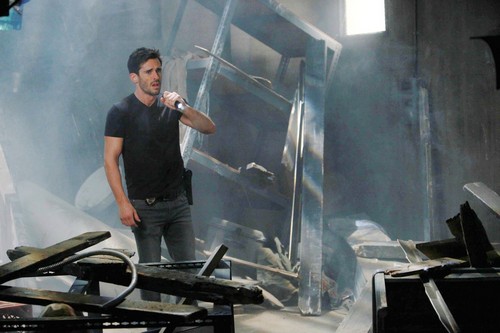 DOOL has grown quite fond of these special occasions. We’ve been seeing a lot of these character-based eps lately. Some viewers think they throw off the pace, but others like watching the show dig deep for a day. It provides a chance to gain some insight into a character’s perspective.

Days of Our Lives spoilers say Rafe and Hope will eventually make it to the hospital. Salem’s doctors will get to work immediately, but Hope’s condition will rapidly decline. A major medical crisis is on the way.
Rafe will be distraught as Hope’s life hangs in the balance. He’ll wonder if he did enough to save her.

Shawn and Ciara (Vivian Jovanni) will undoubtedly deal with some strong emotions, too. They’ve already lost one parent and they definitely don’t want to lose another.

Bo’s (Peter Reckell) brain tumor led to his death last fall. Now that Hope is in grave danger, Ciara and Shawn’s nerves should really kick in. It sounds like Hope will face a lengthy recovery, but at least we know she’ll pull through. That’s good news for Rafe as well as DOOL fans.

We’ll give you updates as this plot moves along. Plenty of drama is in store. Stay tuned for all of the action and don’t forget to check CDL often for the latest Days of Our Lives spoilers, updates and news.