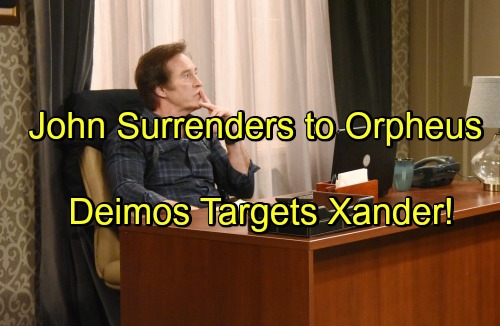 Days of Our Lives (DOOL) spoilers tease that Marlena (Deidre Hall) and John (Drake Hogestyn) will focus on the next phase of their plot to bring down the fugitives. They managed to get almost everyone on board with their plan to stop Xander (Paul Telfer), Clyde (James Read) and Orpheus (George DelHoyo).

Now they just have to execute their strategy and finally get rid of this threat.

Chad (Billy Flynn) and Andre (Thaao Penghlis) will decide to take care of Clyde through a separate scheme. The DiMeras like to do things their own way. That works out well for John and Marlena. Capturing two villains should be easier than going after three. 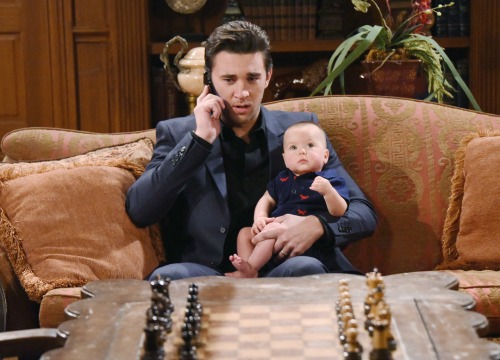 Days spoilers suggest that Deimos (Vincent Irizarry) will play a crucial role in targeting Xander. He’ll do a little snooping and eventually learn some news that could help Marlena. There’s a good chance that Xander won’t be a problem for much longer. With Clyde and Xander out of the way, John and Marlena will turn their attention to their old foe.

DOOL fans know that Orpheus is one of the most ruthless villains that Salem has ever seen. His kids are his weak spot, but that doesn’t mean he values the children of others. Joey (James Lastovic) and Claire (Olivia Rose Keegan) probably would’ve taken a few bullets if they hadn’t been rescued.

Of course, there’s one other weakness that John and Marlena want to capitalize on. They realize that they’re absolutely loathed by Orpheus. John doesn’t want Marlena to be put in danger, but he’s willing to offer himself up as bait in their plot. 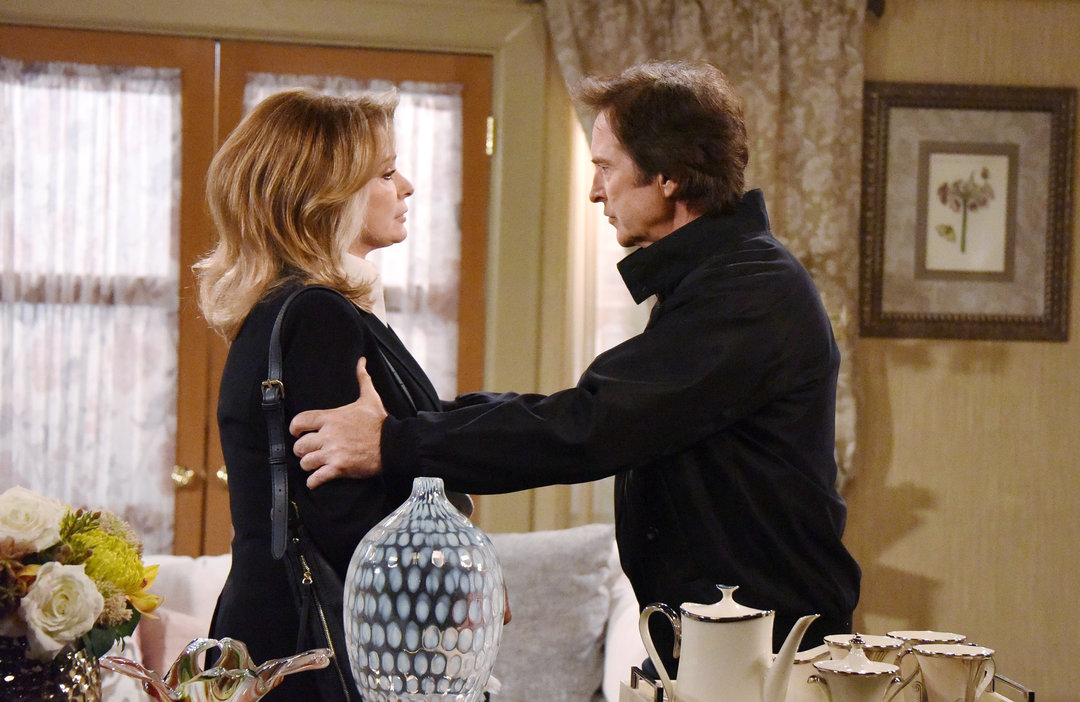 Days of Our Lives spoilers say John will call Orpheus so he can wave the white flag. He’ll offer a deal and point out that it could be mutually beneficial. John will basically agree to let Orpheus kill him if it means this terror ends for everyone else. Orpheus could get the revenge that’s most important to him and John’s loved ones would get to live their lives in peace.

John will argue that Orpheus needs to take advantage of this offer ASAP. If the police catch him, Orpheus will walk away empty-handed. He would miss out on the vengeance he’s been craving. A taste is better than nothing. All of this is a trap, but John will do his best to sell it.

Orpheus may take the deal, but he’ll likely set his own terms later. Days fans are aware that Orpheus plays by his own rules. If Orpheus finds out he’s being deceived, the attacks on Salem should get even worse. 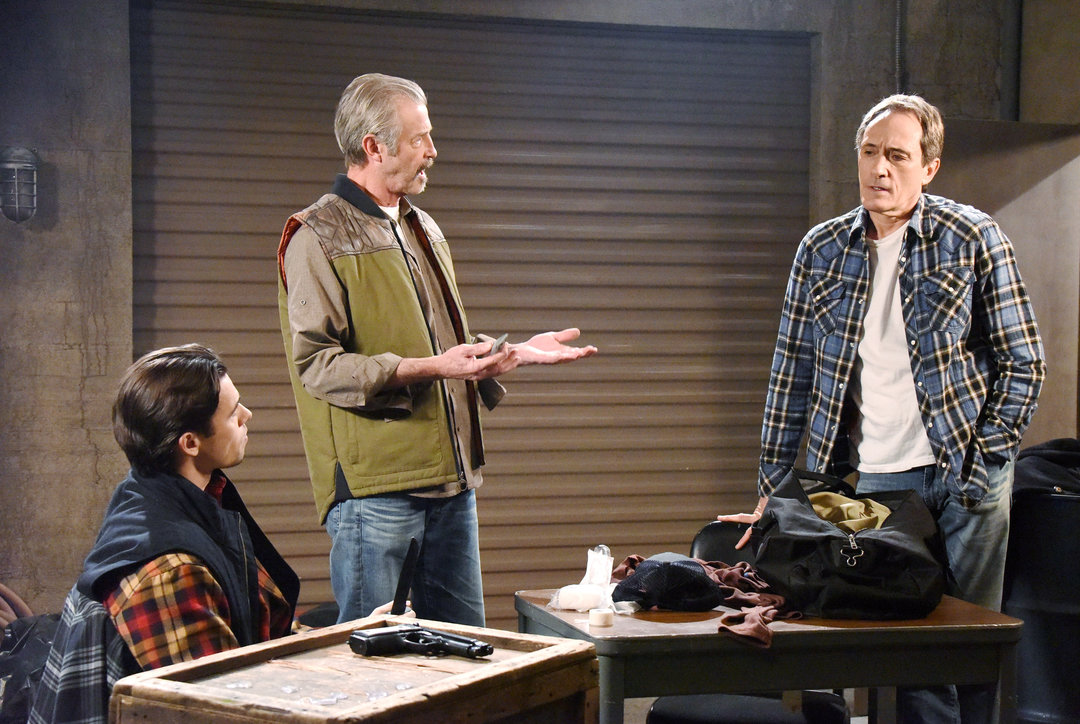 Days of Our Lives spoilers indicate that this week will finish with a shocking explosion, but the drama isn’t stopping there. After more gunfire and perilous conditions, John may decide to actually surrender himself. He might skip the tricks in favor of peace.

John will undoubtedly wiggle out of this jam, but there are still some tense moments coming up. It sounds like DOOL viewers are in for a wild ride. We’ll give you updates as other details emerge. Stay tuned and don’t forget to check CDL often for the latest Days of Our Lives spoilers, updates and news.

Three ruthless villains are stopping at nothing to get their revenge, but will they succeed? Find out this week on #DAYS. pic.twitter.com/4PIDTNsBjR