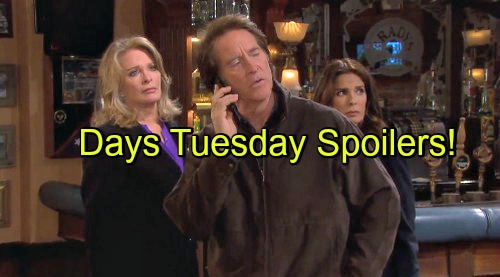 Days of Our Lives (DOOL) spoilers for Tuesday, October 18, tease that John (Drake Hogestyn) will make a selfless decision as he attempts to get his loved ones to safety. Orpheus (George DelHoyo) just called John and revealed that a bomb had been planted under a table at the pub. Now John is about to begin negotiations.

DOOL spoilers say John will suggest a trade. He’ll hand himself over to Orpheus in exchange for the freedom of the others. Orpheus can do whatever he wants with John as long as he lets Marlena (Deidre Hall), Jennifer (Melissa Reeves) and Hope (Kristian Alfonso) go. After thinking it over for a moment, Orpheus will make the deal. 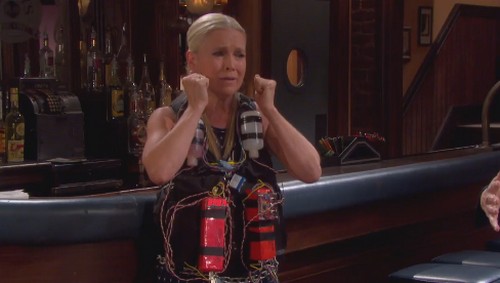 Of course, this agreement will require trust on John’s part. He’ll hope that Orpheus will stick to the plan, but that’s just wishful thinking. Orpheus clearly has the upper hand and no one can stop him from continuing his destruction.

Another bomb is headed to the pub and this one will be strapped to Jennifer’s body. Jen will be in total shock as she tries to wrap her head around the danger she’s in.

While John is heading off with Orpheus, Hope will take control of their tricky situation. Days spoilers state that Hope will dial Rafe’s (Galen Gering) number and beg for his assistance. Once Rafe hears about the bomb, he’ll call Eduardo (A Martinez) and they’ll explain how to disarm it via video chat. 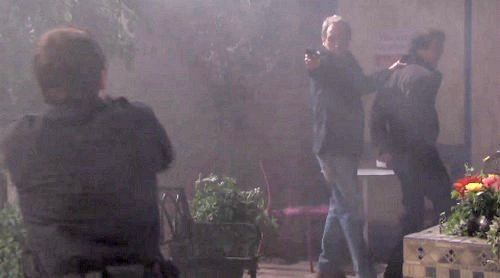 Elsewhere, JJ (Casey Moss) will catch Orpheus sneaking off with John. He’ll order Orpheus to drop his weapon, but the ruthless villain will fire it instead. After JJ takes a bullet, he’ll grip his bloody side and fall to the ground. JJ will be in intense pain as he worries about his fate.

Later, Gabi (Camila Banus) and Marlena will arrive to get JJ through this. He’ll eventually recover from his injuries, but this is sure to be a scary ordeal. Stay tuned to see how this experience will change Gabi and JJ’s relationship.

Other Days spoilers say Steve (Stephen Nichols) will receive news on the bomb crisis. He’ll also get updates on the deal John made and the peril he’s facing. Steve will know that he has to do something. With Kayla’s (Mary Beth Evans) help, Steve will find a way to get out of the hospital without being detected. 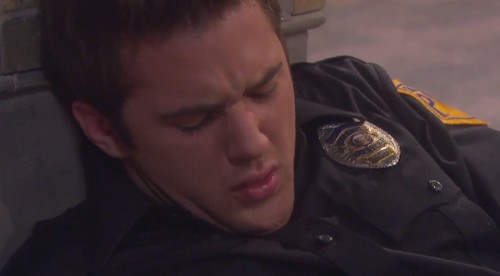 Days of Our Lives spoilers indicate that Steve will race across town for a dramatic rescue. This mission isn’t going to be easy, but Steve will do whatever it takes. In Wednesday’s episode, Steve and John will take on Orpheus in one final showdown.

They’ll have their work cut out for them as they face off with the ultimate foe.

It sounds like some great action is coming up. Days of Our Lives fans will want to check out all of the excitement. We’ll keep you posted as more details emerge. Stick with DOOL and don’t forget to check CDL often for the latest Days of Our Lives spoilers, updates and news.