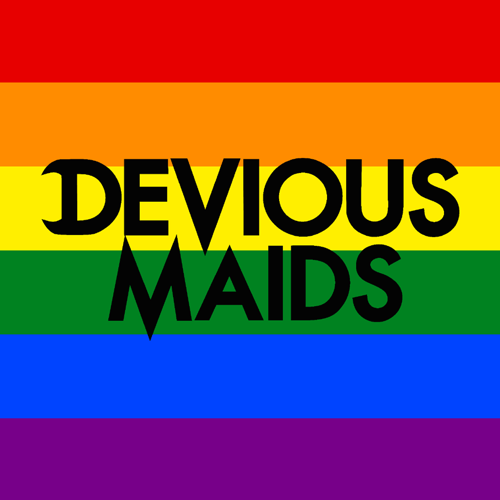 Tonight on Lifetime DEVIOUS MAIDS continues with an all new Monday, June 13 season 4 episode 2 called, “Another One Wipes the Dust,” and we’ve got your recap down below! On tonight’s episode, Rosie (Dania Ramirez) finds herself involved in the aftermath of a murder; Marisol (Ana Ortiz) makes a shocking discovery about Genevieve.

On the last episode, in the fourth-season premiere, lives were changed forever following the explosion at the Powell mansion. Did you watch last week’s episode?  We did and we recapped it right here for you.

On tonight’s episodes per  the Lifetime “Rosie finds herself involved in the aftermath of a murder; Marisol makes a shocking discovery about Genevieve; Carmen worries about controlling Daniela after she begins acting wild; and Zoila notices her mother growing too close to her neighbor. Meanwhile, Evelyn reaches a new low while trying to move on from Adrian.”

Tonight’s episode is going to be another fun one, which you won’t want to miss. So be sure to tune in for our live coverage of Lifetime’s Devious Maids Season 4 episode 2— tonight at 9PM EST! While you wait for the episode, share your comments about season 4 of Devious Maids below.

Tonight’s episode of Devious Maids kicks off with Carmen and her secret daughter Danielle. Danielle announces that she is moving to Los Angeles permanently to be a singer, Carmen tells Danielle that she needs to go back to San Juan and save up her money for head shots and a place to say. It’s obvious that she’s trying to get rid of her.

There’s a knock at Marisol’s door – Peter had like 2 dozen bouquets delivered to her house. Marisol calls Peter at the office to thank him, but he’s distracted and talking to people at work. They make plans to meet for dinner later, Peter says that he can’t talk, Peri Westmore was murdered and Marisol’s film is dead.

Rosie and Genevieve are watching the news. Rosie convinces Genevieve to watch Miguel so that she can go talk to Spence, she’s worried about him and how he is handling Peri’s death. Peter is holding a press conference on the news about Peri’s death, Genevieve is thrilled to see him on the TV. She tells Miguel that Peter is her ex-husband, and he’s the one that got away. It looks like Marisol has been hooking up with Genevieve’s long lost love.

Zoila is still living the life of luxury at the new house she works at. Carmen catches her agreeing to go on a date with her rich, hot neighbor. Carmen loves Zoila’s new scheme – she tells her to keep it up.

Evelyn is out to lunch with her interior designer. She confesses that she wants to divorce Adrian, but doesn’t want to be shunned by everyone at the club for leaving a crippled man. They come up with a plot to catch Adrian cheating on her so that then it will be socially okay to leave him. Meanwhile, back at the mansion, Adrian thinks he is alone and gets out of his wheelchair – Danielle walks in and catches him.

Rosie arrives at Peri and Spence’s house, Jesse gives her a rundown. In the livingroom, Spence is being questioned by the police. He confesses that he was drinking and he blacked out and doesn’t remember what happened to Peri. Rosie barges in, she says that Spence left her voicemails while he was drunk saying that he wanted to be with her again. Spence says that the police think he killed Peri – Rosie says that she knows him and he is not a killer. Then, the police march in and handcuff him and arrest him, apparently they found his fingerprints on the murder weapon.

Genevieve shows up at Peter’s office, she saw him on TV and he wasn’t wearing a wedding ring, so she decided to stop by. Peter says that he is too busy to chat with her, everything is crazy at the studio. Genevieve tries to get him to come to dinner, he makes an excuse, and says he will call her sometime.

Rosie meets up with the girls and tells them all about Spence getting arrested for killing Peri. Marisol is certain that Peri was killed by someone else, and there are a ton of people that didn’t like her. Carmen isn’t convinced that Spence is innocent, she says that when she used to work for him and he drank, he was a totally different person.
Carmen heads home to work, Danielle can’t wait to tell her that she caught Adrian working. She says that Adrian offered to give her anything that she wanted to keep her quiet, so she asked Adrian to hire her as a maid so that she can stay in Los Angeles. Carmen freaks out, she confronts Adrian and tells him that if he doesn’t fire Danielle, she will tell Evelyn that he can walk. Adrian laughs off her threat, if Carmen rats him out, then he is going to tell Danielle that Carmen is her mother and not her cousin.

Zoila’s date with Kyle is a success, she heads back to his place with him and while they are sharing their first kiss – Kyle’s mom walks in. Zoila is shocked to learn that her much younger new boyfriend is still living with his mother.

Marisol and Peter return to hi splace after their date – and there’s a surprise waiting for them. Genevieve let herself in, and is waiting for Peter on his couch…naked. Obviously Peter is confused, and Marisol is just as confused when she realizes that Genevieve is Peter’s ex-wife.

Carmen stops by Zoila’s new house – she explains her predicament, her new boyfriend Kyle lives with his mother. Carmen tells her to dump him ASAP, and warns him that he probably is a wierdo and plans to skin her alive.

Genevive stops by Marisol’s house to apologize to her for crashing her date with Peter … naked. They have a chat and Genevieve tells Marisol that she wants her to stop dating Peter. Marisol promises to think about it … but it doesn’t seem like she is going to give in.

Meanwhile, Evelyn is scheming to find a way to divorce Adrian. She enlists Danielle to seduce him and they put a camera in the bedroom. Adrian doesn’t fall for it, he jumps up out of bed and walks away…all on camera.

Ben pays Spence a visit at the precinct, he says that he is there to help him, he doesn’t think that Spence is guilty. He gives him a coffee and tells Spence to try and remember what happened.

Carmen catches Evelyn watching the video footage of Danni and Adrian on her laptop. She is appalled to see her daughter trying to seduce Adrian. Evelyn on the other hand is thrilled to see she caught Adrian walking on film.

Rosie is busy playing detective and trying to find out where Spence was when Peri was murdered. She heads to a nearby strip club and pays for a lap dance from a stripper so that she can question her about Spence. The dancer, Cinnamon, confirms that she gave a lap dance to Spence the night that Peri was killed. Cinnamon says that Spence didn’t go home until 4:00 AM, which means that he has an alibi.

Zoila has an awkward dinner at Kyle’s house – his mother corners Zoila and wants to talk about how “weird” it is that Kyle lives with her. Kyle’s mom insists that it is all her, she doesn’t want Kyle to leave her. She opens up to Zoila and says that Kyle is her “miracle baby” because she had a miscarriage before he was born, Zoila is obviously moved by her story considering what happened to her recently.
Carmen confronts Danielle – she lectures her about trying to get in Adrian’s pants. Danielle bawks at her, she says that Evelyn is going to introduce her to a music producer for her help.

Evelyn storms in to the club and finds Adrian having lunch with their accountant. She confronts him and drags him out of the chair. Everyone gasps and calls her a monster as Adrian continues to pretend he can’t walk and falls on the floor.
Zoila kisses Kyle goodbye and heads home. After she leaves – Kyle’s mom tells him that he can’t see Zoila anymore because she has “other plans.”

After another date with Peter, Marisol stops by Genevieve’s house. She informs Genevieve that she has made a decision and she is not going to dump Peter. Obviously, Genevieve isn’t happy to hear it – she tells Marisol that “this means war.”

Adrian heads home and finds Evelyn packing her bags – he puts two and two together and realizes that Danni helped her set him up. Adrian says he was willing to stay in his chair forever just to keep their marriage together. Evelyn doesn’t want to hear it, she grabs her bag and leaves.

Rosie arrives at the police station, she tells the detective on the case that Cinnamon is his alibi. The detective doesn’t care though – she says that the case is closed, Spence just confessed to Peri’s murder.