Drake Dating Rihanna: Couple Spotted Kissing On Set Of ‘Work’ Music Video – Getting Back Together? 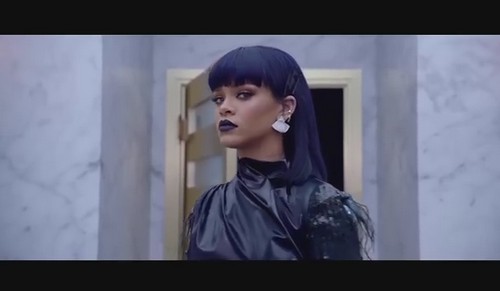 Is Drake dating Rihanna? Not yet – but if the rapper has his way he will be hooking up with Rihanna again very soon. When Drake and Rihanna teamed up on their new single “Work” – let’s be honest, we all knew that it would only be a matter of time before the two performers wound up back in each other’s beds and playing coy about their relationship status.

Drake’s infatuation with Rihanna has never really been a secret, and according to a new report, he is making the most of his time with the R&B singer and trying desperately to win her back while they are promoting “Work” together.

But, is Rihanna really interested in giving up her wild child ways and settling down with Drake – especially after they have such a shoddy track record together. Rihanna has really embraced the single life – and doing whatever (and whoever) the hell she wants whenever she wants to, she may not want to be with Drake, or anyone else for that matter.

Some of the on-set sources even confirmed to Media Take Out that Drake and Rihanna were seen kissing on more than one occasion – and it wasn’t part of the music video.

It sounds like Drake is definitely putting in some “Work” and trying to win back his former flame Rihanna. But, she seems to be one of the few women around who are immune to his charms. What do you guys think, should Rihanna and Drake give it one more shot?

Or is it pretty clear that they aren’t meant to be together after all of their drama and off and on hook-ups over the years? Let us know what you think in the comments below!