Empire Favorite Character Poll: Who Do You Love To Watch Most? VOTE! 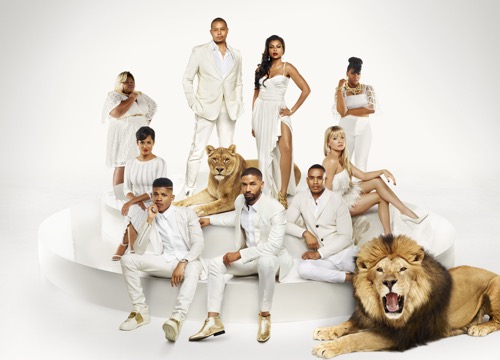 Empire will return for its third season on Wednesday, September 21 at 9 p.m. ET on FOX. Viewers are discussing their favorite characters while they wait to see whether Rhonda [Kaitlin Doubleday] or Anika [Grace Gealey] survived the fall from the balcony during the season 2 cliffhanger.

There have been a number of new characters added to the cast for the drama’s third season. Empire spoilers have revealed that Taye Diggs [Angelo Dubois], Mariah Carey [Kitty], Xzibit [Shyne Johnson] and Sierra McClain [Nessa] will be integral characters in the third season’s storylines.

Who is your favorite ‘Empire’ character? There so many from which to choose. Whether a main character or a minor one, each brings their own unique personality to the FOX drama.

Are you partial to Lucious [Terrence Howard] the ruthless patriarch of the Lyon Family? Lucious does have his endearing qualities – he will go to any lengths to protect the family and Empire Records. But when it comes down to it, if Lucious has to choose between his own best interests and those of his sons’ and former wife, Lucious will always choose to take care of his needs first.

Maybe Cookie Lyon [Taraji P. Henson] is your favorite? Who doesn’t love the tough-as-nails when need be, yet soft-as-a-marshmallow otherwise. Like Lucious, there is nothing Cookie won’t do for her children. The difference is, Cookie usually puts her needs last. If you’re a Mama Lyon you can definitely identify with Cookie.

Andre [Trai Byers] is a tough one. You want to root for him to take over Empire Records. But when Andre stops taking the medications that help manage his bipolar disorder, unfortunately, Andre becomes an unlikeable and hate-filled man. It’s difficult to watch Andre struggle with being bipolar. We certainly hope his wife survived the fall from the balcony. Andre needs Rhonda more than anybody.

Jamal [Jussie Smollett] from the beginning has been a very popular, if not the most popular, member of the Lyon Family. Jamal’s music is important not because of money and fame, but for the pure joy of making music. The hardest thing Jamal had to endure was coming out to his father. Lucious turned his back on Jamal but eventually father and son were able to reconstruct some kind of relationship. During the second season of Empire Jamal proved his love for Lucious, taking a bullet when Freda Gatz [Bre-Z] tried to kill Lucious.

Hakeem [Bryshere ‘Yazz’ Gray] still has a lot of growing up to do. The musician has to learn that things must be earned, not handed to you on a silver platter. When Hakeem is in the zone he’s hard at work making music. But it’s difficult to keep him focused, especially when Camilla [Naomi Campbell] was around. Perhaps Laura [Jamila Velazquez] will forgive Jamal and get him back on track during the third season of Empire.

Kaitlin wasn’t always so likeable, especially when she was scheming with Andre to seize control of Empire Records. As Andre struggled with bipolar disorder Rhonda became the one constant and calming person on which he could rely. After Rhonda suffered a devastating miscarriage at the hands of Anika it softened the hard edges and made Rhonda more likeable.

Anika has been nothing but a thorn in the side of everyone in the Lyon Family. Cookie knew the first time she met Anika that the woman was a sly, sneaky snake. There was hope that Lucious fiancée would be expelled from Empire Records when Cookie returned and claimed her rightful place. A spurned an angry Anika simply went after Cookie and Lucious’s son Hakeem and became pregnant. Anika ended up with the ultimate prize – Lucious – who married the schemer after she was served with a subpoena to testify against him.

Are any of these your favorite Empire character or do you prefer another? Maybe you think Porsha [Ta’Rhonda Jones] or Becky [Gabourey Sidibe] is the best character on Empire.