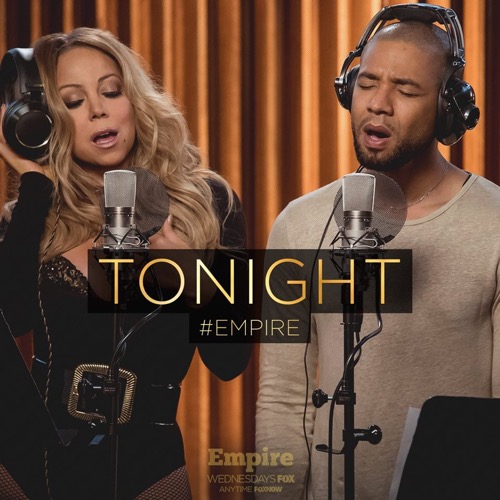 Did you watch the Empire season 3 episode 3 where Jamal tried to turn his being shot into something positive when he teamed up with a businessman to talk about gun violence and hosted a summit for awareness? If you missed it we have a full and detailed Empire recap, right here!

On tonight’s Empire premiere episode as per the FOX synopsis, “Cookie calls in a favor with mega-superstar Kitty (guest star Mariah Carey) to record a new song with Jamal, hoping he will overcome his inability to perform. Meanwhile, Andre runs into some trouble and things don’t go as planned. Cookie and Lucious are at odds, Hakeem and Gram (guest star Romeo Miller) fight for Tiana’s attention and things heat up between Cookie and Angelo Dubois.

Tonight’s episode of Empire kicks off at Lucious’s office, Anika pays him a visit and wants to talk. Lucious is stressed – he’s watching the Xstream numbers on the computer, if he doesn’t hit 10 Million subscribers in a few days then the board wants to pull the plug on the project and he will lose $50 Million dollars.

Anika whines to Lucious that she feels like a prison in his house. She wants to get back to work, she begs Lucious to consider giving her the A&R job at Empire. Lucious starts breathing hard and laughing – and then Pia climbs out from under his desk. Anika stomps out.

Lucious heads to the office and corners Cookie. He needs five new songs by the end of the week or else Xstream is going to tank. Lucious gives Cookie a set of keys and tells her whichever artist can deliver a song by the end of the week will get a car. Lucious wants to release Jamal’s album too, Cookie blows him off and says that she has to get ready for her date with Angelo Dubois.

Lucious just can’t stand that Cookie is hanging out with Angelo. So, Lucious snags one of Angelo’s kids at the group home and convinces him to come record in the studio.

Meanwhile, Jamal is at a PTSD meeting. He wears a baseball hat, but everyone recognizes him. The group leader tries to get him to talk about what happened to him, but Jamal refuses. After the group meeting, the leader, Phillip Barrett follows Jamal outside and tries to talk to him but Jamal rushes off.

Andre gets released from the police station and has a huge welt on his face. He heads to the office and Cookie and Lucious fawn all over him. They are furious – and they think that he was racially profiled and want to get back at the cops. Andre wants them to just drop it, he shouts at them to stay out of it.

Meanwhile, Tariq is still busy trying to build a case against Lucious. He’s following Tiana Brown’s new boyfriend Gram, he used to be running with an uptown gang. Tariq has one of his guys corner Gram during Tiana’s show to try and get info from him. Inside, Hakeem is not happy to see Gram, especially when he jump son stage with Tiana and starts throwing some serious shade at Hakeem.

Hakeem storms out, he wants to fight Gram – Jamal tries to talk some sense in to him. Then Lucious interrupts with his own advice, he wants Hakeem to drop a diss track and hit Gram where it hurts.

The next day, Cookie has a surprise, she takes Jamal to where Kitty is rehearsing, Jamal is honored to be in the presence of such a diva. And, even more shocked when Kitty reveals that she wants to record a song with him. Jamal makes a deal with Lucious, he agrees to live stream him and Kitty’s duet as long as his dad doesn’t release the Black and White album.

Hakeem gets in the studio with Shie and starts working on his Gram and Tiana diss track. They want Nessa to sing the hook, but she refuses, she doesn’t want to be a part of the drama. Shine roughs her u a bit in the studio and Nessa storms out.

Cookie heads to the boys and girls club and Angelo Dubois is not happy to see her – actually he is furious. He freaks out on her about Lucious sinking his claws in to Zeah. He just got a full ride to MIT, Zeah doesn’t need someone trying to turn him in to a rapper right now.
Andre heads to court with his lawyer, Hakeem and Jamal attend to show their support. Everyone is shocked when the judge announces that Andre is being charged with felony assault and assaulting a police office – which he definitely did NOT do.

Lucious picks Jamal and his brothers up from court in a limo and has the driver take them to one of the roughest neighborhoods in Chicago. They park the car and Lucious gives his sons a powerful speech, he used to think that they were just spoiled, or gay, or bi-polar and that was the problem. Now, he realizes he never should have moved them out of the hood, because now his sons have forgotten that they are black. Lucious shouts to them that they need to wake up, before they become just another hashtag. Andre is furious, he hops out of the car and Jamal chases after him.

Hakeem stands by his dad – he pours himself a drink and tells the driver to take them back to the studio. He promises Lucious that he is going to love the track that he is about to lay down. Hakeem’s diss is extra foul – he doesn’t use Nessa on the track though, instead he remixes Tiana’s song.

Lucious tells Shine to get the song up o Xstream ASAP ad the he heads home to check in on Anika and his mom. He finds Anika sitting in his office, and she has a friend of her’s under the desk – a hot delivery guy that was dropping off a package earlier. Lucious chases him out of the house with a gun, and Anika basks in her payback.

Lucious and Anika wind up in a screaming match – she reminds him that she is not the one that needs this marriage, he is. From now on, Anika is going to do what she wants and when she wants, and if Lucious tries to stop her then she is going to see to it that they both go down in flames.

Jamal heads to the prison to see Freeda, for the first time since she shot him. It doesn’t go as planned Jamal has a panic attack when he sees her and starts having flashbacks to the night that he was shot. After prison, Jamal heads to his studio session with Kitty. And, they are live streaming the studio session on Xstream. Lucious is pleasantly surprised when Jamal actually starts singing instead of freaking out, little does he know, Jamal popped several pain killers before getting in to the studio. Lucious jokes to Cookie that their son is high as a kite – but she doesn’t want to hear it.

Cookie heads to Lucious’ office afterwards, and interrupts his meeting with Zeah. She takes the contract that Zeah is supposed to sign and rips it up. She promises Zeah that after he goes to school for four years, if he still wants to rap, then Empire will be happy to have him.

In the lobby, Cookie finds Jamal, upset. Apparently, Lucious still put his album up on Xstream, after he promised not to. Lucious rubs it in Cookie face and says that it is not the “Black and White” album, it’s the “Black Album” now and he took all the songs that Cookie produced off from it. Cookie sneers, “If you wanna play, let’s play.”

Andre is walking home at night and Tariq tracks him down. He knows all about Andre’s arrest and brags that Andre is never going to get out of prison time. Andre puts two and two together and realizes that Tariq had something to do with his arrest. Andre scoffs that there is no way he is going to rat out his father to get the charges dropped. Tariq gloats and bids Andre farewell.