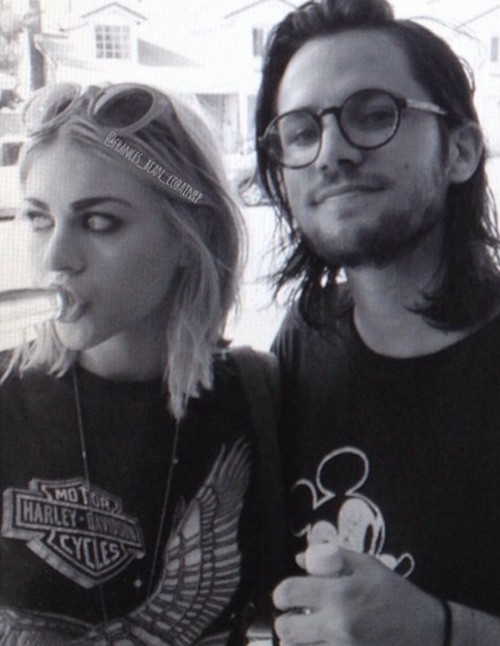 Frances Bean Cobain has reportedly called it quits with Isaiah Silvia and filed for divorce. Now that the marriage is over Frances wants to protect Kurt Cobain’s $450 million estate from the greedy Isaiah.

Did Courtney Love call this one or what? Mom was absolutely furious when Frances got engaged to the unknown and basically penniless Isaiah. In fact, a scream fest of epic proportions took place with Courtney having one heck of a meltdown. But hey, even a crazy lady is right once or twice in a lifetime, right?

TMZ reports that Frances was very specific in the divorce documents that Isaiah better keep his hands off the estimated $450 million Kurt Cobain’s estate is worth. However, Frances reportedly is okay with paying Isaiah some kind of spousal support according to the same report.

Who knows what Frances sees in Isaiah and why she would consider giving him any money whatsoever. What does this guy have to offer? Oh right, they were married and Frances has no choice.

In the five years that Isaiah has been with Frances he’s been in two rock bands. When the couple got engaged in 2011 Isaiah was the frontman for the Ramblers. Now the guy is with a band with the name The Eeries. At least that’s what we’ve read.

Thankfully Frances and Isaiah don’t have any children. Who knows what kind of messy custody battle would ensue. It’s uncertain whether or not Frances Bean Cobain and Isaiah Silvia have a pre-nup, but it’s highly unlikely that a judge would give Isaiah a big payoff from Kurt Cobain’s estate after less than two years of marriage, right?

Now that Frances Bean Cobain’s marriage to Isaiah Silvia is over will Courtney Love feel the need to get all up in Frances’s business and say, “I told you so!” A good mom would console her daughter and focus on getting through the painful process. No one ever accused Courtney Love of being a good mom.