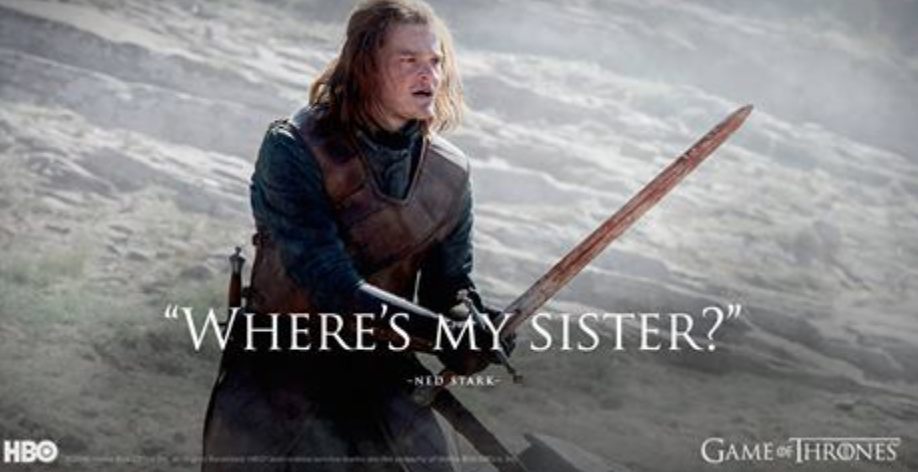 Tonight on HBO, Game of Thrones is back with an all new Sunday, May 15 season 6 episode 4 called “Book of the Stranger” and we’ve got your recap down below! On this evening’s episode, Tyrion (Peter Dinklage) makes a deal while stalling for Daenerys (Emilia Clarke) return.

On the last episode, Bran glimpsed the past; Daenerys learned what was in store for her; Tommen faced the High Sparrow. Did you watch the last episode? If you missed it, we have a full and detailed recap right here for you.

On tonight’s episode per the HBO synopsis, “Tyrion makes a deal while stalling for Daenerys return; Theon tries to make amends for the past; Jorah and Daario realize their next move won’t be an easy one; Cersei discusses Margaery’s future with Olenna.”

Jon Snow prepares to leave Castle Black. He says he’s going to travel South – he’s going somewhere warm. He can’t stay in Castle Black after what his “brothers” did to him.

As he prepares to leave, someone barges through the castle gates. It’s Sansa Stark with her protector, Brienne. She sees Jon. Jon, shocked to see her, walks down to greet her. They embrace. Soon, they’re sitting beside the fire and reminiscing about how they both should’ve stayed in Winterfell. Sansa says that she has a lot of regrets, particularly with how she treated him in the past. They talk about where they’re going to go next. Sansa has her eyes set on Winterfell, but Jon isn’t so sure about that – he’s tired of fighting. Sansa says that if he won’t help her, then she’ll take it back herself.

Ser Davos asks Melisandre where she’ll go next, and she says she will follow Jon Snow wherever he goes.

Little Finger returns to Vale and talks with his nephew. He persuades him to send his knights to help Sansa.

Tyrion and Varys meet with the slavemasters; they want Daenerys and her sympathizers to leave the city. They want their city back. Tyrion strikes a deal with them: He gives them 7 years to end slavery, to fade it out for good. Tyrion also requests that they stop supporting the Sons of the Harpy.

Jorah and Daario are continuing there search for Daenerys. Daario catches a glimpse of Jorah’s greyscale.

Later that night, they approach the camp where, hopefully, Daenerys is being kept.

Meanwhile, Daenerys is inside the place for Khal widows. She leaves to fetch some water and runs into Daario and Jorah. They want her to flee with them, but she resists. Instead, she strikes up a plan. She’s going to do more than escape, she says.

The High Sparrow continues trying to break Maergary. After telling her a story, he allows her to go see her brother, Loris.

Later, Cersei and the Queen of Thorns and the King’s Hand make a plan to overthrow the Sparrows.

Theon sails home, and he’s not greeted too warmly by his sister. She gets mad at him for betraying her. She demands to know what it is he wants and why he has returned. He says that he wants to help her become ruler of their realm.

Sansa receives a letter from Ramsay. It rattles both her and Jon. This might be the last straw to encourage Jon to take back the Stark home.

She overturns the torches and the place catches on fire. She walks out unharmed – clothes all burns off and now naked.

Hundreds of Dothraki kneel before her outside.