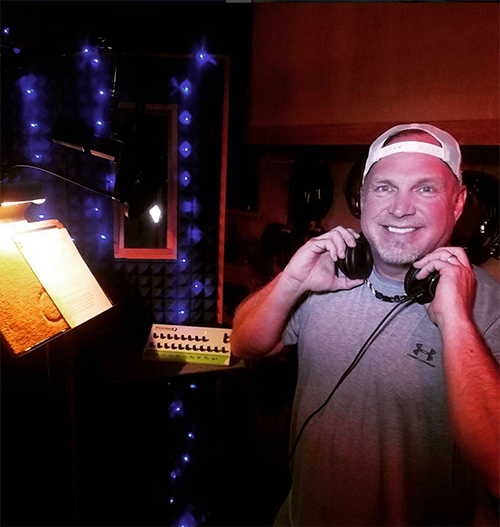 Garth Brooks has added a one night only (October 22) date in Charleston, West Virginia to his World Tour 2016. Fans are excited that the country music icon is making his first stop there in 19 years, but many are upset that Garth has announced only one concert at the Charleston Civic Center

The tickets for the Charleston show go on sale and are expected to sell out in seconds. That’s why Charleston residents are so upset. Other cities have had two and three night engagements, why hasn’t Garth scheduled more than one night in Charleston?

Country music singer Trisha Yearwood, Garth’s wife, will appear in concert with him. The announcement was made via Garth’s website on Wednesday, September 7. Tickets go on sale on Friday, September 16 at 10 a.m. The press release from Garth’s camp indicates there is an eight ticket limit per person.

Anyone who has ever purchased a ticket for a Garth Brooks concert knows the ‘Friends in Low Places’ singer’s concerts sell out lightning fast. Even with a limit on how many tickets can per purchased by one person, thousands of fans have been disappointed by not seeing the singer live in concert.

After the announcement of the Charleston concert date, fans took to social media begging, outright demanding, additional shows be added to Garth’s 2016 World Tour stop at the Charleston Civic Center. Tickets cost about $75 each but fans don’t care. That’s a drop in the bucket compared to the cost of seeing other iconic singers and bands perform live.

Charleston, West Virginia fans shouldn’t get too upset about the current one night only status of Garth Brooks World Tour 2016 stop in their city. The ‘Shameless’ singer’s PR team is notorious for booking one night, waiting for the show to sell out, and announcing an additional concert or two.

Each and every concert for the 2016 tour has sold out in record time, proving that Garth Brooks is still the current king of country music. Charleston, West Virginia fans probably won’t be disappointed – Garth will most likely add another concert or two to his stop at the Charleston Civic Center.

Garth starts tracking his new album and YOU have a front row seat! Tonight #StudioG on Facebook LIVE at 7:00 pm EDT -Team Garth