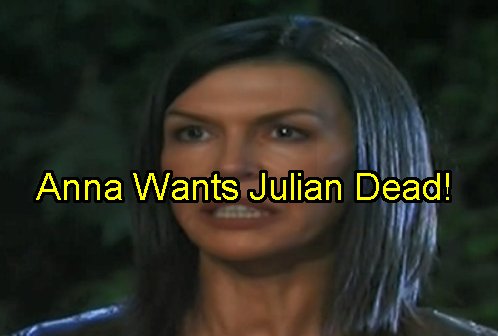 Recent General Hospital (GH) spoilers reveal that Anna Devane (Finola Hughes) has snapped and will soon pursue vengeance against Julian Jerome (William deVry). What Anna does next is shocking and will remind viewers of the side of Anna that came out when she shot Carlos Rivera (Jeffrey Parise).

Many GH fans are hoping that Anna will take the reins at the PCPD as police chief again since she cracked the GH killer case and put Paul Hornsby (Richard Burgi) behind bars. But law and order is the last thing Anna has on her mind. Remember Jordan Ashford (Vinessa Antoine) just mentioned resigning. 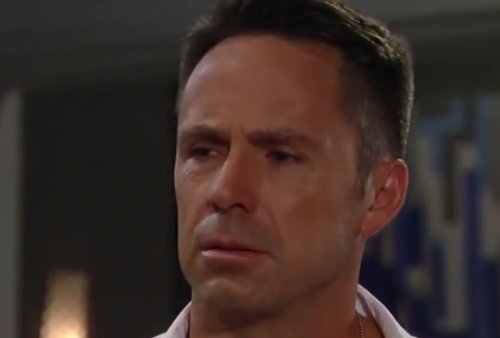 Social media blew up with many fans hoping Jordan would follow through and step down but it looks like she’ll take Andre Maddox’s (Anthony Montgomery) advice and stay put. That doesn’t matter, though, since Anna doesn’t want to be chief and, in fact, will take a break from law enforcement.

Anna was Paul’s special investigator but will resign from that position and step away from the PCPD. Recall also that Anna just told Alexis Davis (Nancy Grahn) that she was on board with Sonny Corinthos (Maurice Benard) taking out a hit on Julian and making him pay since the courts failed. 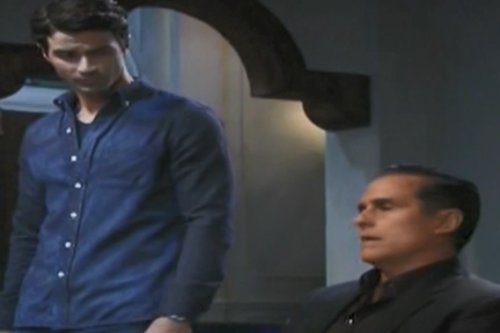 But Anna will soon get an alarming wake-up call thanks, in part, to Griffin Munro (Matt Cohen). When Sonny was praying and plotting Julian’s imminent demise, Griffin confronted Sonny and held a sort of spiritual intervention where he told Sonny that he was playing God and that’s not cool.

Sonny will crack under the pressure of Griffin’s spiritual scrutiny and GH spoilers tease that Sonny will agree not to take revenge on Julian and leave it in the Lord’s hands. Sonny will call off the hit and catches the hit man right as he’s following Julian out of the MetroCourt restaurant. 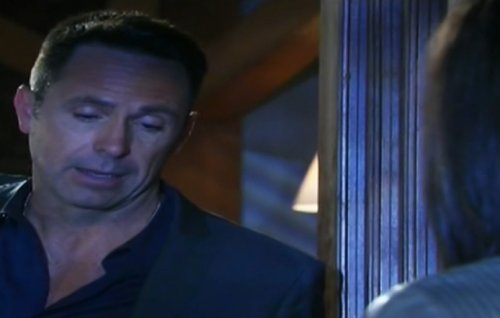 When Anna talks to Sonny, he’ll explain his epiphany and how Griffin affected him. Anna cares for Griffin but won’t care for the fact that he got Sonny to call off the hit. Anna wants Julian to pay and now Sonny has caved to pressure from Griffin and Carly Corinthos (Laura Wright) to leave it alone.

But can Anna drop the matter? Or will Anna snap and go vigilante like she did when she emptied her gun into Carlos trying to kill him? Anna was a big fan of law and order, but the system failed her – worse than it did when she went after Carlos. Anna still had hopes that Carlos would pay for his crimes.

Anna and Griffin grapple with their losses…@finolahughes @mattcohen4real @GeneralHospital #GH

With Julian, though, Anna knows there’s no chance at him facing justice in the courts. Anna even mentioned to Alexis that Julian can’t be retried because of double jeopardy. So even when Ava Jerome’s (Maura West) blackmail of Paul is revealed, it won’t matter. Only Ava would face criminal charges.

GH spoilers tease that Anna will consider taking matters into her own hands and putting Julian down like the dog that she thinks he is. What do you think GH fans? Will Anna go after Julian like she went after Carlos? Is Anna ready to risk her freedom to take him out? Can Griffin talk Anna out of this plan?