General Hospital (GH) spoilers for the Wednesday, July 20 episode reveal that Carly keeps digging into Morgan’s affairs, Sabrina hurts Michael, Julian doesn’t like the ghostly attention of Carlos, Kristina can’t stay away from Parker, and Morgan wants to get closer with Kiki.

At GH, Julian Jerome (William deVry) is feeling pretty good about drugging himself to create a minor medical emergency to delay his arraignment on murder charges, but looks like a side effect is that ghost Carlos Rivera (Jeffrey Parise) is back to torment him.

Is something legitimately wrong with Julian in a medical sense? This is the second time he’s experienced hallucinations and that is NOT normal. Alexis Davis (Nancy Grahn) is also at GH but Sonny Corinthos (Maurice Benard) shows up to run interference. 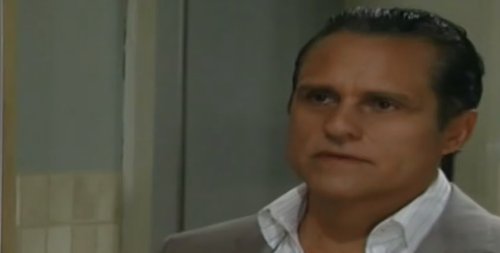 General Hospital spoilers tease that Sonny is worried that Julian’s medical crisis will tempt Alexis to reunite with her mobster hubby and he doesn’t want that to happen. Alexis will reassure Sonny that she’s well and done with Julian for good.

However, other GH spoilers indicate that Alexis hears an unexpected declaration of love on the Wednesday episode. Is it Julian trying to woo Alexis back into his life – or is it Sonny telling Alexis he loves her as the mother of one of his children and doesn’t want her in harm’s way?

Will Dillon give Carly a different answer than Kiki gave Carly? Carly is stunned when she realizes things are not so simple as Kiki led her to believe. Tracy Quartermaine (Jane Elliot) is also hesitant to believe that her son is over Kiki and has moved on with his life.

Morgan surprises Kiki at the espresso stand and tells her he’s got them a room at the MetroCourt so they can be alone but will Kiki show less enthusiasm than he’s expecting? Will Kiki spend the night with Morgan or take a raincheck?

General Hospital spoilers reveal lots of action at the MetroCourt because Kristina Corinthos (Lexi Ainsworth) is also there and drops in on Parker Forsyth (Ashley Jones). Seems like something has changed in Parker’s personal life. 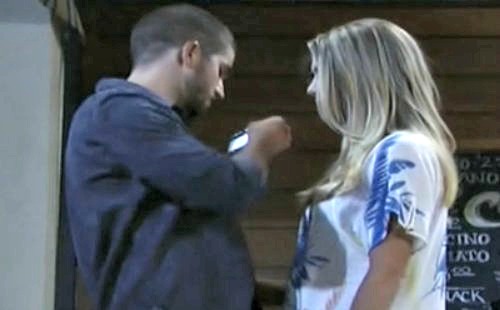 This could affect Kristina’s new romance with Aaron Roland (John DeLuca) – is Parker’s marriage on the rocks? Also at GH, Ric Lansing (Rick Hearst) comes by and talks with Liz Webber (Rebecca Herbst) and offers advice. Will Ric weigh in on Liz’s new romance?

At the Quartermaine mansion, Michael Quartermaine (Chad Duell) is upset to find that Sabrina Santiago (Teresa Castillo) made plans to move out of the house without consulting him. He’s very upset, but it seems like Sabrina thinks it’s best for their relationship to move forward.

Also, is Nikolas Cassadine (Nick Stabile) dead on Cassadine Island? Is this the time for the hostages to make a move? GH spoilers reveal more action with Valentin Cassadine (James Stuart) in coming days and a reveal on whether Nikolas survived the shooting and the fall. 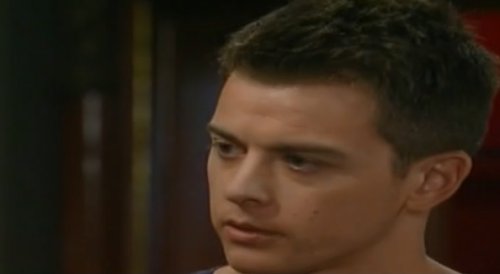 Don’t miss any of the hot action on the Wednesday, July 20 episode of GH and check back with CDL often for all the latest General Hospital spoilers and news.