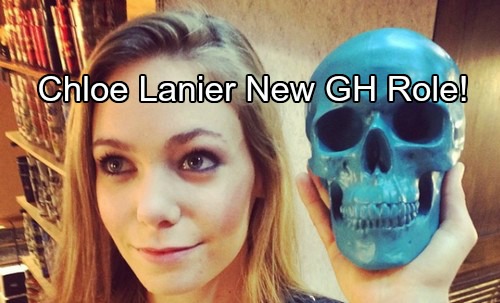 General Hospital (GH) spoilers reveal that Chloe Lanier has landed a contract role on GH after impressing showrunners of the ABC soap with her stint in the 52nd Anniversary episode as Patricia Spencer. But who will Lanier play? General Hospital has listed her role as “Nelle” but that means little. Some spoilers hint it could be Susan Hornsby, daughter of the dirty DA.

Paul Hornsby (Richard Burgi) has two kids – Susan Hornsby and Paul Hornsby, Jr. You may remember several mentions of Susan over the past year or so as Paul has told Anna Devane (Finola Hughes) that he killed Kyle Sloane (Robb Derringer) because he raped his daughter Susan. 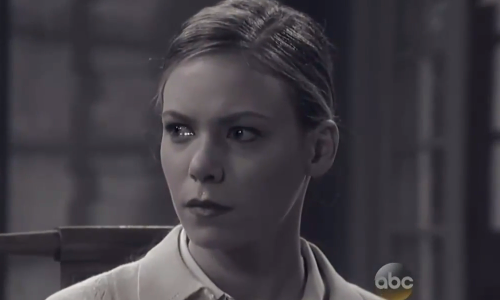 However, another enticing choice that ties to a legacy family is that Chloe Lanier might play Sean Donely’s (John Reilly) daughter Anna Donely. Just because the name given in the casting release is “Nelle”, we can’t count on that as accurate. “Theo” (James Patrick Stuart) is really Valentin Cassadine.

Plus, when Michael Easton was returning, a fake name was released before the Hamilton Finn moniker was formally announced, so we can’t count on “Nelle” being anything more than a placeholder name. There have been spoilers lurking that a new love interest was coming for a hunky doctor. 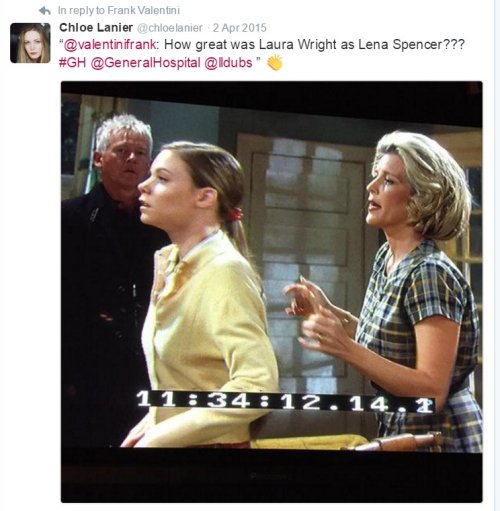 The long simmering General Hospital spoiler teased that Anna would introduce Sean Donely’s daughter Anna Donely, who is named for her, to Griffin Munro (Matt Cohen), and the two would embark on a romance.

Either way, if Chloe Lanier portrays Susan, daughter of dirty DA Paul, or Anna, daughter of old school troublemaker Sean, there are ample storyline opportunities. Although we have to admit, the GH cast is bulging at the seams right now. 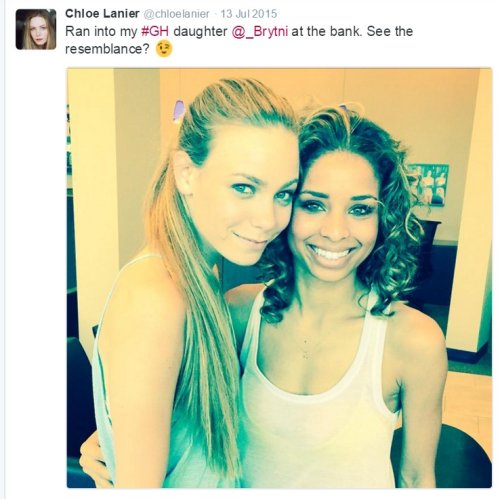 They’ve recently added Parker (Ashley Johnson) who is back in coming days plus Aaron (John DeLuca), Nurse Amy (Risa Dorken), Theo (James Stuart), Claudette (Bree Williamson) and countless others. GH seems to have practically a cast of thousands so it’s odd to be adding another rather than paring back but Chloe Lanier is a talented actress for certain.

What do you think GH fans? Are you excited about the addition of Chloe Lanier? Are you worried that the cast is overflowing? Share your comments below on who you hope Chloe will play and be sure to check back with CDL often for all the latest General Hospital spoilers and news.

I don’t think it’s any secret by now that I have an extremely small head. #smallhead #skull #blue #urbanoutfitters #leatherjacket #kevanshand #santamonica #love