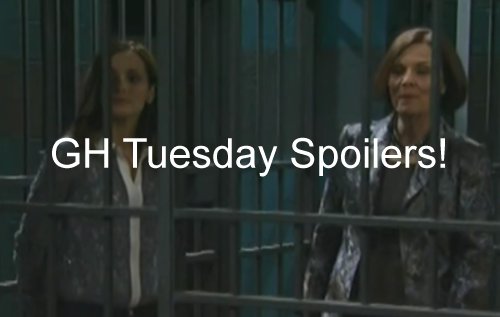 Claudette (Bree Williamson) is finally in Port Charles and she sets off fireworks just in time for Independence Day. Claudette interviews for a position at Crimson to meet Maxie Jones (Molly Burnett in her recast debut). She calls herself “CJ” and hits it off with Maxie right away. 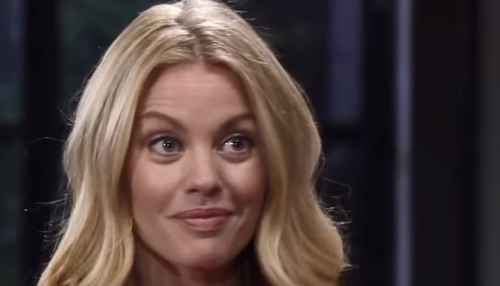 Nathan West (Ryan Paevey) is clueless that his evil ex is in town because he’s busy over at GH investigating the latest attack of the GH serial killer that the staff has taken to calling the “angel of mercy.” Dr Mayes (Matt Riedy) is dead and things look dire at GH.

Nathan questions Griffin Munro (Matt Cohen) who is not happy to be quizzed about a murder case by a man who tried to murder him. Griffin gets increasingly uncomfortable, but will Nathan misinterpret this as a sign of guilt? How long can this go on before Griffin tells him the truth? 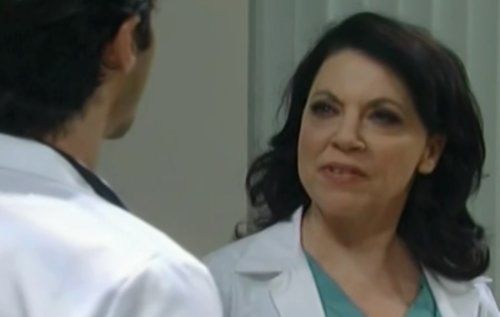 Later, Griffin has another conversation he doesn’t like – this time with Dr Liesl Obrecht (Kathleen Gati). Seems like people are looking at Franco (Roger Howarth) as a possible culprit but Dr O stands by him and tells Griffin that he could be the angel of mercy just as easily.

Liz Webber (Rebecca Herbst) also takes Franco’s side. She doesn’t think Franco did this even though he showed up right after Liz found Dr Mayes collapsed in the patient’s room. Liz’s faith in Franco takes them one step closer to a new romance. 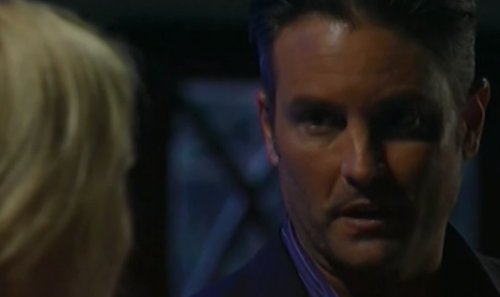 Ava Jerome (Maura West) doesn’t like the creepy old house on Cassadine Island but it looks deserted and Nikolas Cassadine (Nick Stabile) reassures Ava that no one will find them there. He’s wrong about that.

Jason Morgan (Billy Miller) and Sam Morgan (Kelly Monaco) will head after them to Greece and by the end of the week, all four of them will be in danger. Dillon Quartermaine (Robert P Watkins) isn’t happy to see Kiki Jerome (Hayley Erin) showing off her bikini to Morgan Corinthos (Bryan Craig). 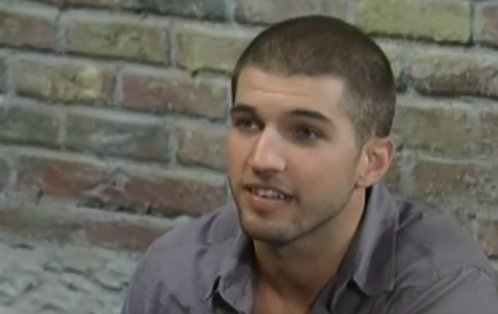 Hayden Barnes (Rebecca Budig) will get closer to Tracy Quartermaine (Jane Elliot) once again – the chill between them thaws when they unite to try and help Hamilton Finn (Michael Easton). Can Tracy get GH to drop the charges so he can be released from jail.

Tracy and Hayden both show up at the PCPD lockup to get their favorite doc sprung and try to save his life. Finn is lucky to have them – when those two team up, watch out! Lots more storyline to come with those three as they fight to save his life. 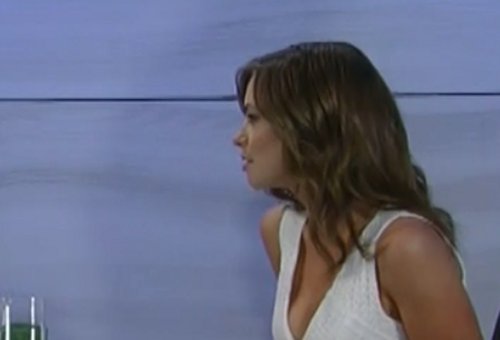 The pic above is a first glimpse at Molly Burnett as Maxie Jones for the short term recast.

Don’t forget – NO NEW GH on Monday, July 4! There’s a rerun of the episode where Nikolas’ body was spotted on the rocks at Wyndemere. It’ll be nice to see Tyler Christopher again – even if he’s playing dead.

Share your comments below on these juicy spoilers for the Tuesday, July 5 episode of GH and check back with CDL often for more General Hospital spoilers and news.