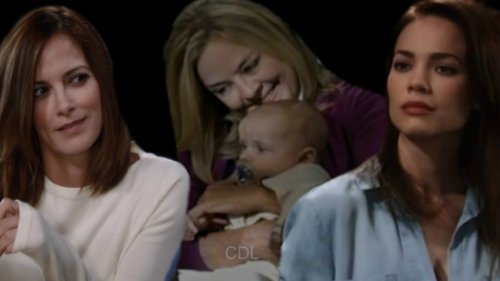 General Hospital (GH) spoilers reveal that Heather Webber (Robin Mattson) may have stolen yet another baby and have been paid for that dirty deed by none other than Raymond Berlin. Franco (Roger Howarth) discovered his mom is sitting on a pile of cash – and it’s likely from Raymond.

When Franco went to visit his mother in prison, she mentioned that she had some money and offered to give it to him but he thought she had a couple of thousand dollars. Franco was stunned when his mother told him she has $1.5 million and hinted at how she came into that sum of money. 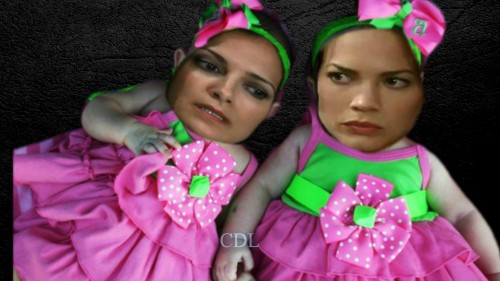 Heather told Franco that she’s keeping a secret about the Webber family. After Heather manipulated Franco into calling her “Mommy” then she told her son, “a man made me an offer I couldn’t refuse.” Heather told him she didn’t do anything illegal, only that she kept her mouth shut. 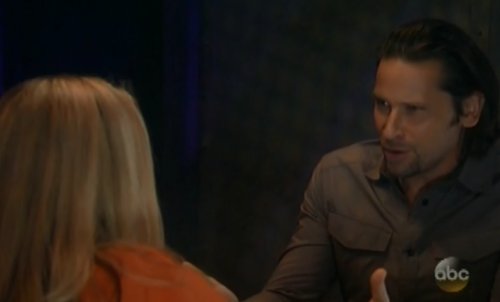 But is Heather being honest with Franco? Or was Heather up to her old tricks? Heather is a known baby stealer so could the secret be that Heather stole either Hayden or Liz Webber (Rebecca Herbst) away and handed them over to someone else to raise?

Clearly, Naomi Dreyfus (Robin Riker) has a strange interest in Liz – that was on display when she briefly visited Hayden. General Hospital spoilers tease that Liz and Hayden may be twins separated at birth – or merely sisters born a year or so apart and Naomi knows the truth.

Either Heather knows the link between Liz and Hayden – or she might have been involved in taking one of the girls and handing the child over to either Jeff Webber or to Naomi Dreyfus. As of now, GH spoilers seem to hint that Jeff and Naomi may have been involved at some point. 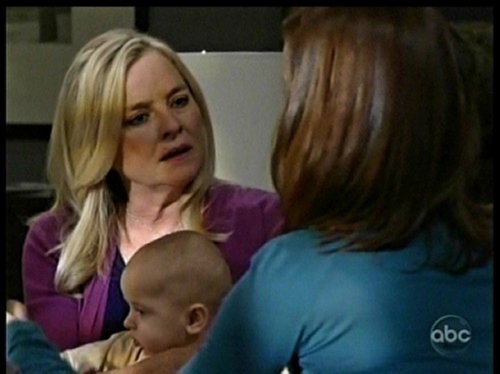 Perhaps they had Hayden and Liz and agreed to split them and raise them separately. Alternately, perhaps Naomi had both girls and Heather stole Liz and handed her over to Jeff – or stole from Jeff and gave to Naomi. There is definitely a sibling twist coming for Hayden and Liz.

What’s interesting is that Franco didn’t dig too deeply into what his mother said and what secret she’s keeping. Then again, Heather is a treasure-trove of lies, delusion and deception, so getting a straight answer from her can be like herding cats – unproductive and exhausting…

Heather has such a murky past that, at a minimum, she knows a dirty Webber-Berlin secret and has been paid to keep it. But she may also have had a hand in the dirty deeds that went down years ago with Liz and Hayden – and that neither knows about. 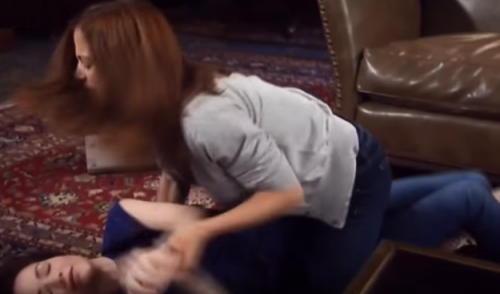 It’s obvious that Liz and Hayden are blissfully unaware of the sibling secret and will, no doubt, be horrified when it all comes pouring out. Can these two women that hate each other so much ever learn to love one another as sisters? It’s a great storyline, to be sure.

General Hospital spoilers hint that GH showrunners have been casting for the role of Raymond Berlin so perhaps we’ll get to meet Hayden’s daddy – even if it’s only a glimpse of him behind bars in prison. If Hayden can’t get straight answers from Naomi, she could turn to Raymond.

What do you think GH fans? Did Heather kidnap Liz or Hayden at Raymond Berlin’s request or is he merely buying her silence? Remember, Heather told Franco that the man who paid her also “taught me how to invest.” Sounds like Raymond Berlin doesn’t it?