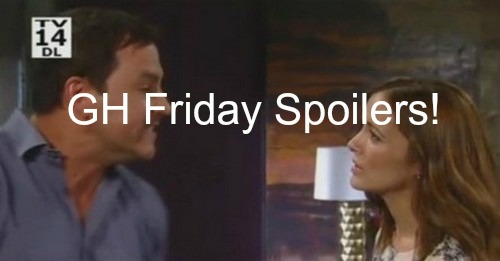 “General Hospital” (GH) spoilers for tomorrow’s new episode indicate that Nikolas will get a major shock from wife Hayden on Friday, April 1 and Nathan makes a stunning reveal to Maxie. Kristina also has something to confess and Sam has a startling theory about Hayden while Curtis finds out a sizzling secret.

GH spoilers ask if Joe Zee will also get to meet big boss and once-again mobster Julian Jerome (William deVry)? We’ll have to wait and see! Julian will urge Nina to let it go when she says her investigation into finding the Crimson saboteur hit a wall. Julian wants Nina to let it all die down – and hopes Crimson is circling the drain. 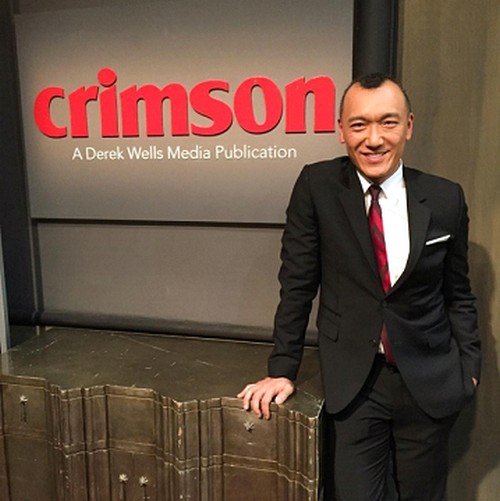 Curtis Ashford (Donnell Turner) gets a call that interrupts his workout and it’s about his Crimson investigation. Looks like Curtis will find out it’s not a competitor trashing the mag, but the owner of Crimson – Julian!

General Hospital spoilers tease that Nathan West (Ryan Paevey) will hang out at the gym with Dante Falconeri (Dominic Zamprogna) and will decide he has to come clean to Maxie Jones (Kirsten Storms) about his past. How much will Nathan tell her? Will he mention that Claudette is an ex or admit he and Claudette were married?

Over at Casa Jerome, Lucas Jones (Ryan Carnes) chats up Kristina Corinthos (Lexi Ainsworth) who admits she’s been attracted to a woman. Will Lucas help her sort out her feelings about Parker (Ashley Jones) or about women in general by sharing some of his story?

Alexis Davis (Nancy Lee Grahn) feels like she botched the same sex attraction talk with Kristina and goes looking for her husband. She tells Julian she was stalking him – does he seem startled? Now that Julian is dipping his toes back into organized crime, he can’t let his old lady sneak up on him!

Julian will hear Alexis out and then offer her some advice that she herself offered to him in the past about parenting. GH spoilers promise that Alexis will appreciate his sympathy.

Sam Morgan (Kelly Monaco) and Jason Morgan (Billy Miller) talk about the Rachel Berlin mystery and how to help the Qs with ELQ.

Sam floats a theory that perhaps Hayden Barnes (Rebecca Budig) was the shooter’s target and not Jason. The duo will decide that’s worth pursuing and will start up an investigation into the shooting that will lead them to Shawn Butler (Sean Blakemore) soon.

Meanwhile, Hayden tries to get Nikolas Cassadine (Tyler Christopher) to calm down but he’s furious and rages at her about all her lies. Hayden is upset but finally has enough and tells him she knows he tried to have her killed. Sorry Nik – murder trumps lies – let the blackmail begin!

All this and more on the Friday’s episode, April 1. Watch GH then check back with CDL for more detailed “General Hospital” spoilers plus week ahead spoilers, news and more!