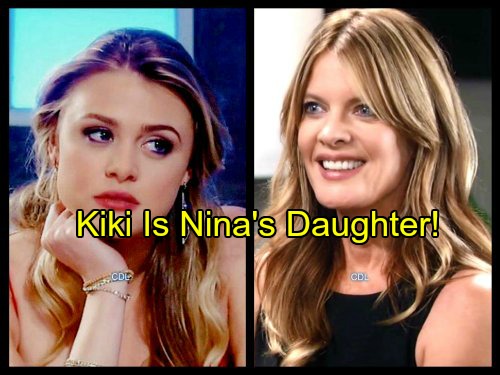 Recent General Hospital (GH) spoilers tease that Curtis Ashford (Donnell Turner) will take his new assignment from Nina Clay (Michelle Ashford) to find her a baby very seriously. We may finally get the big reveal GH fans have been waiting for that Nina already had a baby!

If you know your history of nutty Nina, you’ll recall that she was in a coma and pregnant with Silas Clay’s (Michael Easton) baby. Her evil mom Madeline Reeves (Donna Mills) caused the coma then told Nina when she woke that she miscarried her child.

General Hospital spoilers hint that once Curtis digs into Nina’s past, he will uncover the terrible secret that Nina’s baby survived and has been kept from her all these years – and that it’s Kiki Jerome (Hayley Erin). 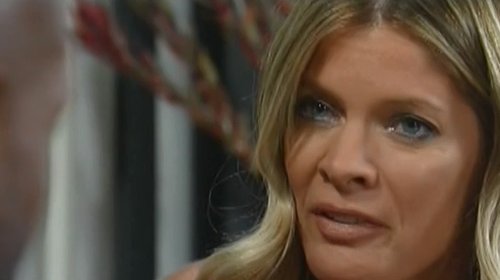 Once Curtis comes back to Nina with the stunning truth that she’s already a mom, what he finds will hit Kiki and Nina hard – along with many others in Port Charles. Nina and Kiki don’t really like each other that much.

Finding out they’re mother and daughter will be strange but in the long run, it will be good for Kiki. Ava Jerome (Maura West) has been a bad mom to her in many ways – most notably when she cheated with Morgan Corinthos (Bryan Craig).

But still, Kiki loves Ava and she already lost her dad Silas. Now it will feel like she’s also losing Ava as well. Ava will be devastated when the secret comes out because she loves Kiki like her own flesh and blood – that means a lot considering how selfish Ava is. 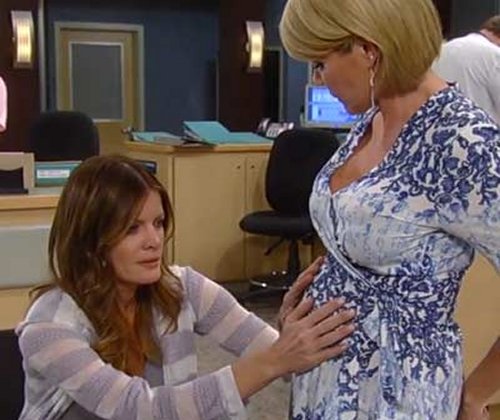 Plus, Nina and Ava have a long and bitter history and this will make things worse between them. Franco (Roger Howarth) will also be stunned since he loves Kiki like a daughter. This reveal is long overdue.

General Hospital spoilers have hinted at this for a long time. When Ava needed bone marrow to treat her cancer, Kiki wasn’t a match but Avery was. Also, when Ava was pregnant with Avery, she was reading a book for “first-time” mothers – why?

Plus, Ava lied about who Kiki’s father was for years – likely because she was trying to also keep the secret of who Kik’s real mother was. But it’s high time that the truth came out and mother and daughter are reunited. 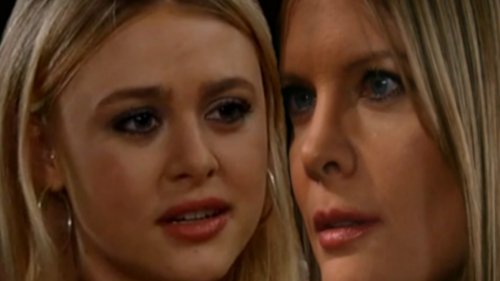 If these GH spoilers play out, GH fans will finally get the Kiki-Nina mother-daughter reveal they’ve been wanting for so long. What do you think GH fans? Will it be Curtis that finally reunites mother and daughter? Share your comments below.