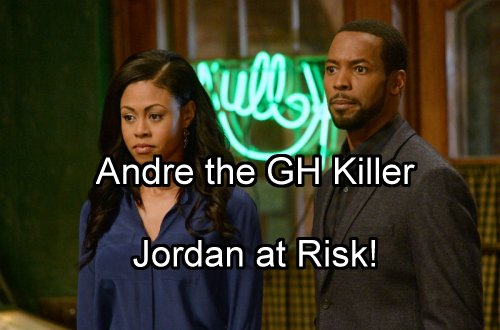 New General Hospital (GH) spoilers tease that Jordan Ashford (Vinessa Antoine) will soon be on the hot seat about NOT cracking the GH killer case but things become even worse when it’s revealed that Jordan has been dating and sleeping with Andre Maddox (Anthony Montgomery), the angel of death.

GH spoilers have hinted for weeks that Andre is the GH killer who is also a master manipulator that has taken up with Jordan so he could keep his eye on the case and make sure the cops aren’t on to him. Lucky for Andre, the cops are clueless and focused on Franco (Roger Howarth). 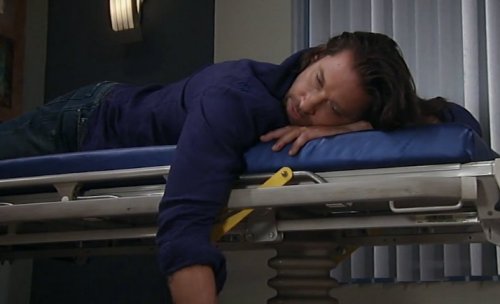 Remember when Andre talked to Jordan about her intimacy issues? Jordan ended up handing Andre a key to her apartment to prove that she’s “all in” but when she asked for a key to his place, he kind of freaked out and said “that’s a big step” and declined to hand over the hardware.

If Andre is the serial killer – and signs definitely point in that direction – he can’t give the PCPD chief a key to his place because there’s no telling what his serial killer lair looks like. He could have bottles of derisofol lying around or trophies of his kills, newspaper clippings, etc. 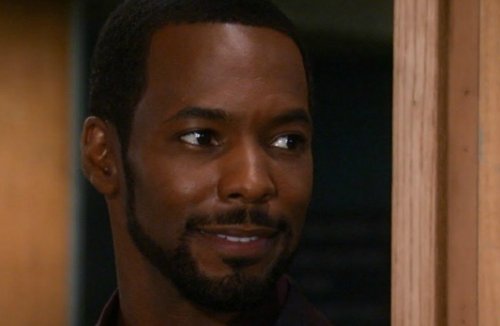 Consider this about Andre – he’s an interesting choice as the perpetrator because he doesn’t fit the profile of a typical serial killer – single, white male, age 30s is the typical type. Of course, Andre knows that because he’s a criminal profiler as a sideline when he works for the WSB.

And because Andre moonlights for the WSB, he could easily destroy or manipulate evidence of investigations which could help him keep killing with impunity. Also, as a doctor, Andre could easily access GH killer’s drug of choice – derisofol – with no problem. Plus, his background as a shrink could help him a lot. 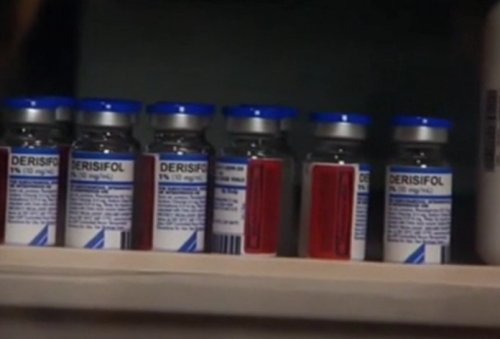 Andre could be very skilled at presenting one face to the world while having a secret and dangerous dark side because of his expertise in psychiatry. The bad news for Jordan is that Paul Hornsby (Richard Burgi) will rake her over the coals in coming days for failing to crack the killer case.

And when it finally comes out that Jordan has been literally sleeping with the enemy, it’s very likely that she can kiss her PCPD chief job goodbye. Jordan’s job will be at risk – and her life might be at risk as well if Andre thinks she’s on to him. This case will get scariest just as it’s solved. 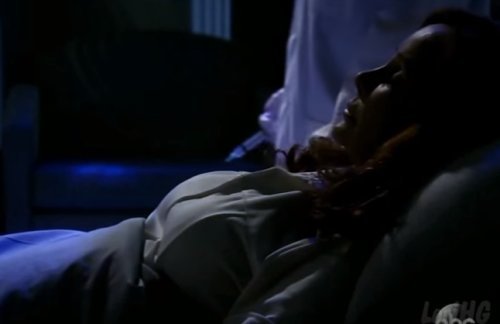 General Hospital spoilers tease that Valerie Spencer (Brytni Sarpy) will stumble across a clue in the case that could be important. GH spoilers have teased for weeks that the rookie cop would be the one to crack the case since the experienced cops can’t seem to figure it out.

But when Valerie is on the verge of solving the crime, spoilers tease that Valerie’s life will also be at risk. When all this shakes out and the cuffs are slapped on Andre as the GH angel of mercy, Jordan will be destroyed both professionally and personally. 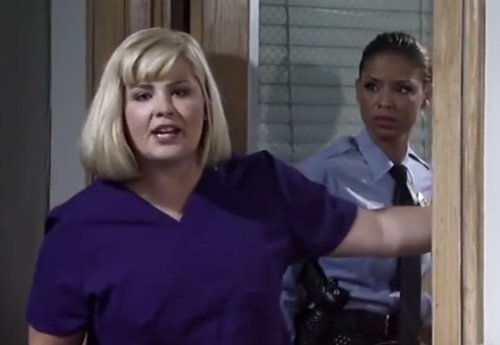 That will leave a power vacancy at the PCPD and some General Hospital spoilers tease Curtis Ashford (Donnell Turner) might be the man to take her job. Since Anna Devane (Finola Hughes) is also close to Andre, that will discredit her as a Chief of Police candidate, so Curtis could be a lock.

We’ll see how it all works out, but the GH serial killer case reveal will rock Port Charles and shake many to the core because they trusted Andre. What do you think GH fans? Have you noticed the signs that Andre is the GH killer?