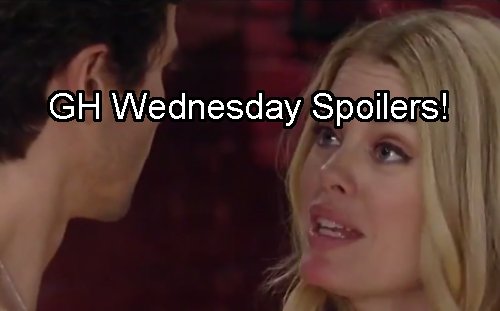 New General Hospital (GH) spoilers for the Wednesday, October 19 episode reveal that Sonny is spiraling, Maxie and Nathan plot their next move, Claudette begs Griffin to be with her, Ava and Dr O share a drink, and Hayden sets a trap.

Claudette Bolland (Bree Williamson) cracked through Griffin Munro’s (Matt Cohen) defenses and got him into a passionate liplock, but will he take things further? Claudette plans to ditch Charlotte West (Scarlett Fernandez) and wants Griffin to run away with her. 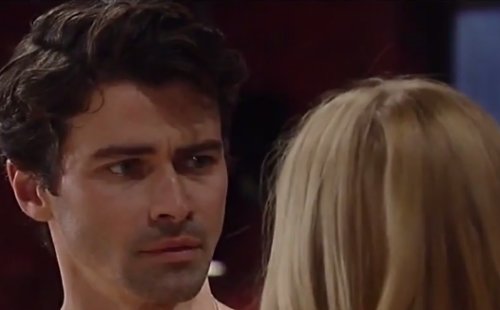 She begs, but will Griffin be moved? He’s tested by her request but should do the right thing in the end. Nathan West (Ryan Paevey) reels from the news that he’s not Charlotte’s dad and Maxie Jones (Kirsten Storms) comforts him and they plot where to go from here.

Do the DNA results reveal anything else? Is there a chance that there is more information there than just the fact that Nathan is not the dad? Maxie winds up in danger soon when she’s caught outside Claudette’s MetroCourt room and mistaken for her. That action kicks off on Wednesday. 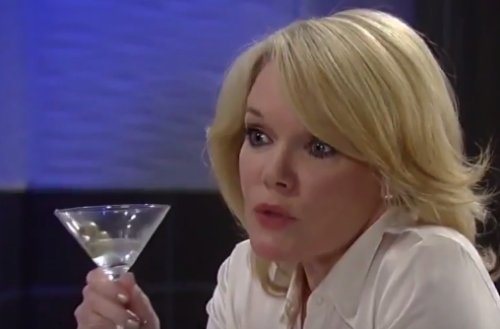 Ava Jerome (Maura West) sits drinking at the MetroCourt with Dr Liesl Obrecht (Kathleen Gati) at her side and they discuss the recent tragic events of Port Charles. Ava says the truth will remain a mystery, but then she worries whether she might be caught for the meds swap.

Over at the mob mansion, Sonny Corinthos (Maurice Benard) is in bad shape. He’s crawling down the hall calling for Morgan Corinthos (Bryan Craig). Is there any chance Nelle Hayes (Chloe Lanier) spiked the hot tea she brought him? Nelle comforts Sonny. 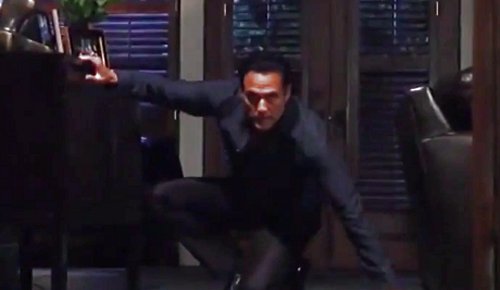 Bobbie Spencer (Jacklyn Zeman) will see an interaction between Sonny and Nelle this week that leads her to think something is going on between the two. Later, Ava comes to the house on the pretense of seeing Avery and she and Sonny have a tense encounter.

Ava takes the chance to try and find the pills she swapped just in case someone checks them but General Hospital spoilers tease Nelle will catch Ava where she should not be. Over at the MetroCourt, two dramas unfold, both about Hamilton Finn (Michael Easton). 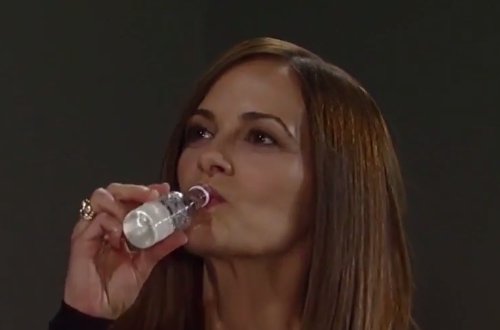 Hayden Barnes (Rebecca Budig) leaves with the guy who made her the inappropriate offer in exchange for a medical grant for Finn. Tracy Quartermaine (Jane Elliot) notices that Finn doesn’t seem happy about that but tells him that Hayden can take care of herself.

Back in her date Evan’s room, he starts them boozing with offerings from the mini bar. Would Hayden really swap sex for a medical research grant or is she cleverly setting the guy up? Will she record his unethical actions and blackmail him into giving the grant?

Lovin you ALL today!!!

After Finn makes it clear to Hayden he doesn’t like her being with that guy, she pushes Finn’s buttons and wants him to come clean on his feelings for her. Will he? GH fans know Finn doesn’t want to be a burden on Hayden since he’s dying but clearly, he’s got some feels for her.

All this and more on the next GH. Share your comments on these GH spoilers for the Wednesday, October 19 episode and check back with CDL often for all the latest General Hospital spoilers and news.