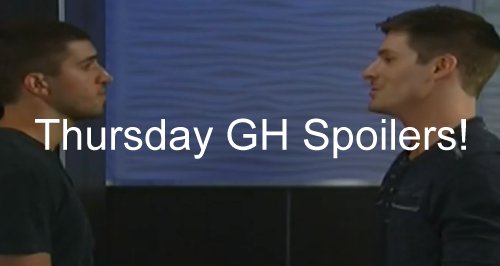 General Hospital (GH) spoilers for the Thursday, June 30 episode reveal that Julian is suspicious of Alexis’ pregnancy plot, Carly threatens Kiki, Dillon and Morgan get physical, Nina wants Franco back and they bicker, plus Finn is dying and Hayden steps up.

Clever Julian Jerome (William deVry) brought a pregnancy test to Alexis Davis (Nancy Lee Grahn) – did Alexis think he’d take her word for it that she’s pregnant? Alexis will refuse to take the test until he confesses to the PCPD that he killed Carlos Rivera (Jeffrey Parise).

That doesn’t seem a likely outcome of this confrontation. Did Alexis think ahead and get some pregnant urine in case this came up? How deep did the scheming go? No way will Julian confess unless he’s sure that he has to. Is Alexis in danger from Julian? 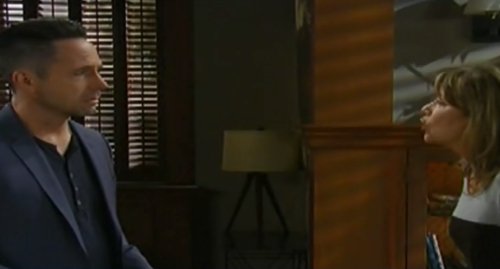 Sonny Corinthos (Maurice Benard) and Anna Devane (Finola Hughes) seem to think so. They discuss it at Sonny’s house, so will one of them drop by Casa Jerome to check and make sure Alexis is okay? There’s also action on Thursday at the PCPD jail.

Even if Finn has more at the MetroCourt, he doesn’t have it there in jail. General Hospital spoilers reveal that we’ll find out soon what Finn is shooting up with since Monica had the syringe tested and the results should be back any day now. What is it? 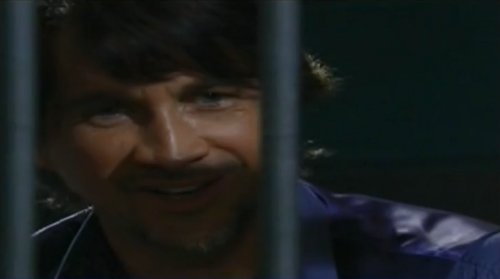 Hayden promises to help Finn but he wonders if he can trust her. Hayden will soon turn to Tracy Quartermaine (Jane Elliot) for an assist in this matter. Can they get Finn out of jail before his health condition worsens? Will he be sent to GH from jail?

Nina Clay (Michelle Stafford) goes to find Franco (Roger Howarth) and demands to know why he’s ignoring her texts. Looks like Nina and Franco will hash out their leftover angst from the split. Will Nina ask him to get back together?

Are Franco’s thoughts too much on Liz Webber (Rebecca Herbst) to even consider Nina’s offer? General Hospital spoilers also reveal that Franco has a very important session coming soon with Jake Webber (Hudson West) that will change everything. 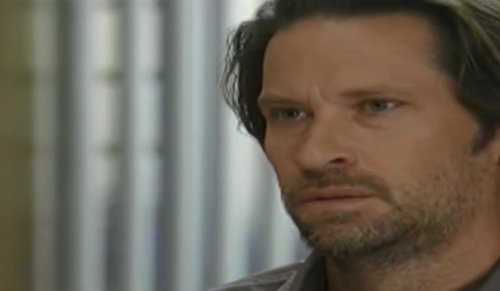 Carly Corinthos (Laura Wright) wants to know why Kiki Jerome (Hayley Erin) was making out in the park with Dillon Quartermaine (Robert Watkins). Is there anything Kiki can say to save herself from the wrath of Carly? How long til Carly threatens Kiki?

After that unpleasant showdown, Kiki has to break up a confrontation between Dillon and Morgan Corinthos (Bryan Craig) that’s about to turn into a fight. Dillon angered Morgan when he told him he only wants Dillon to stay away from Kiki because he’s afraid.

Jason Morgan (Billy Miller) and Sam Morgan (Kelly Monaco) will figure out they need to head to Cassadine Island soon, but GH fans are buzzing on social media asking why the official ABC General Hospital spoiler “Jason gets knocked out” never happened. 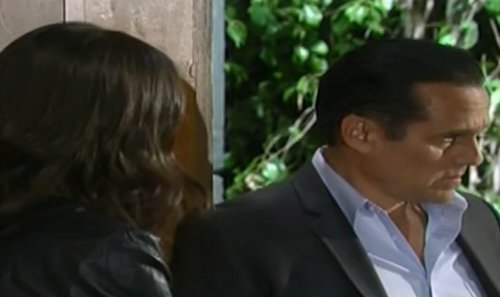 Is it coming later or did they write the spoiler and cut the scene? Since Jason came out of the fight with Huxley Lynch’s (Trent Dawson) henchman just fine, perhaps Hux will sneak up on him somehow and do the deed himself. We’ll see.

What do you think of these hot GH spoilers for the Thursday, June 30 episode? Share your comments and check back with CDL every day for the latest General Hospital spoilers and news.