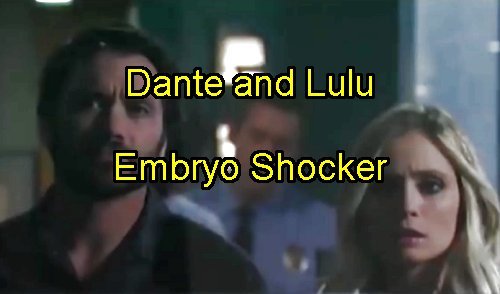 New General Hospital (GH) spoilers reveal that Daphne (Andrea Savo) turns up in Port Charles this week. She’s the one at the PCPD that Dante Falconeri (Dominic Zamprogna) and Lulu Spencer (Emme Rylan) are stunned to see is in interrogation.

She has some truth bombs to drop on them that will shock the couple and could kill Lulu’s optimism about having another biological child. Daphne reveals to the couple that Helena Cassadine (Constance Towers) hired her to carry the Stavros-Lulu embryo as a surrogate.

But just as Lulu is getting her hopes up that she might have another biological child, Daphne drops the harsh truth that the embryo wasn’t viable. It’s a very believable fib. Sometimes it takes a bunch of embryos and multiple tries to get a baby that way. 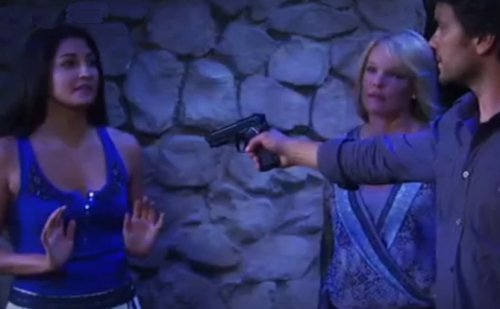 But Daphne is lying. Why? Robert Scorpio (Tristan Rogers) sent WSB agents to scour the island and he reported back to Lulu that no one lived at the address where Daphne said she made her home and that was on the empty envelope that Helena left to Lulu.

Perhaps Daphne has marching orders and is still being paid to keep lying. GH spoilers tease that the embryo was just fine and Daphne carried the little girl to term and it’s the child that Olivia Falconeri (Lisa LoCicero) predicted Dante and Lulu would have – her name is Athena.

The Athena casting was done months ago back when the gang was first on Cassadine Island. It seems like the renewal of that plot picks up in Port Charles this week. Will Lulu accept Daphne’s answer at face value or will she press to follow up and make sure she’s telling the truth. 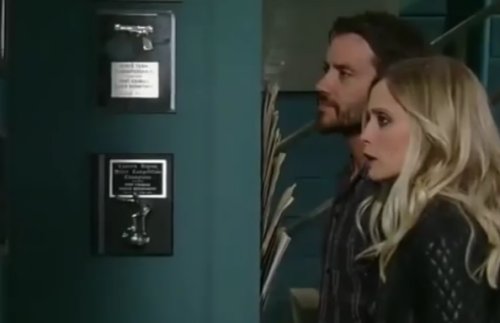 Dante would be happy to take Daphne at her word and let the matter die. He really doesn’t want to raise Stavros Cassadine’s kid. Lulu lobbied for it and reminded him that Nikolas Cassadine (Tyler Christopher) was of the same gene pool and didn’t turn out so bad.

Dante countered and reminded her that Nikolas went progressively darker in his final year of life (although we all know he’s not really dead). Dante will press Lulu to accept the truth and move on – they can always adopt or find another means to get a kid. 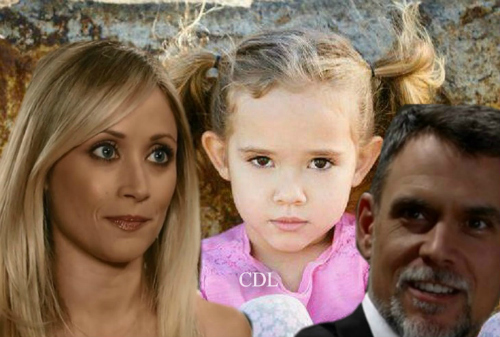 More information will surface soon, though, that will give Lulu cause to think that Daphne was fibbing to them and her child is out in the world. There’s also a question of whether Daphne was working for Helena and now might be working for Valentin Cassadine (James Stuart).

She appeared nice and helpful when they first met her but spoiler footage from her new appearance shows her looking much cagier. Was she working for Valentin all along? Did she sabotage the plane they were on to make it go down as an assigned task from Valentin?

How much longer will this embryo plot drag on before we see the kid? Share your comments below on this upcoming action and check back with CDL often for the latest General Hospital spoilers and news.