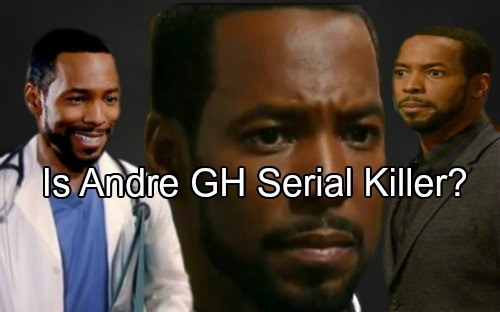 General Hospital (GH) spoilers tease that the GH killer will soon take another life and the angel of death could be someone totally unexpected – Dr Andre Maddox (Anthony Montgomery). Here’s seven reasons why the seemingly kind doctor could be killing off GH patients.

#1 Andre is a psychological profiler

Could Andre easily get into killer Carlos Rivera’s (Jeffrey Parise) brain because he’s a killer too? Remember when Anna Devane (Finola Hughes) was hunting Carlos, it was like Andre could predict Carlos’ actions three moves ahead. Is it more than psychoanalysis skills and it’s because he knows what he would do if he was ever caught killing and had to make a run for it?

As a GH staffer, Andre has unfettered access to the hospital and can come and go as he pleases – much like the other suspect (and now victim) Dr Mayes (Matt Riedy). Also, Lucas Jones (Ryan Carnes) recognized the killer when the angel of mercy was about to off Bobbie Spencer (Jacklyn Zeman) so that means it’s someone he knows and Lucas definitely knows Dr Maddox. 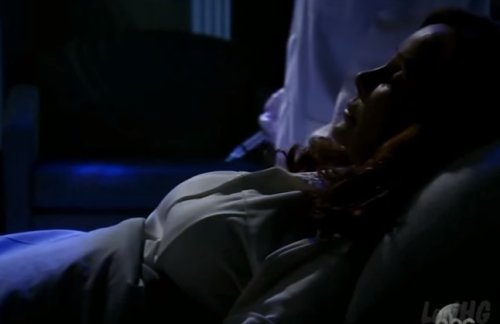 #3 Andre has a dodgy past working for the WSB

Remember Robert Scorpio (Tristan Rogers) brought in Andre to help him and Anna track down Carlos and revealed to Anna that Andre has a past working for the WSB. Was Andre some sort of frightening psychological torturer for the spy organization? The WSB gets up to all sorts of hijinks and working internationally could have given Andre lots of opportunities to kill unnoticed.

#4 Andre is dating the PCPD chief

Of course Jordan Ashford (Vinessa Antoine) is beautiful and that’s reason enough to date her, but is Andre also going steady with the PCPD chief to keep up to date on the GH serial killer case? That way he can make sure they’re not on to him and find out if evidence ever does begin to point in his direction. That’s not a bad way to make sure he’s not caught!

#5 Andre showed up and killings started

The killings didn’t start the moment that Andre came to Port Chuck – that would be too obvious and Andre is a very smart man. Perhaps he worked his way into the fabric of the town, took on Anna and Morgan Corinthos (Bryan Craig) as patients, gained the trust of several legacy characters, and then started killing on the sly when he could no longer contain his impulses. 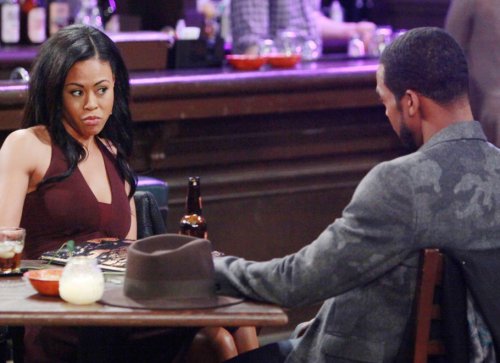 #6 Andre may be losing his lover

General Hospital spoilers hint that Curtis Ashford (Donnell Turner) and ex sister-in-law Jordan seem to have the hots for each other. Are they preparing to edge out Andre because he’s going to be in jail soon – or on the run as a wanted man when he’s finally exposed as the GH serial killer? Also, Andre wasn’t too happy that Jordan kept her paternity secret and they may be on the outs soon.

#7 Andre was too sympathetic to Anna

Andre sure did commiserate with Anna once she finally came clean about killing Carlos. He never judged her, never even considered turning her in, and never looked down on her about it. In fact, Andre seemed to be increasingly attracted to Anna after she admitted to the homicide (even though we know Carlos survived). Was this because Andre himself is a killer?

Of interest is that there is one former serial killer working at GH and two actors who played former GH roles as killers. Franco (Roger Howarth) is a killer turned good plus Jon Lindström and Michael Easton have both played GH killers in the past – Ryan Chamberlain and Stephen Clay. But there’s no evidence that these guys are anything more than red herrings in the GH killer plot. 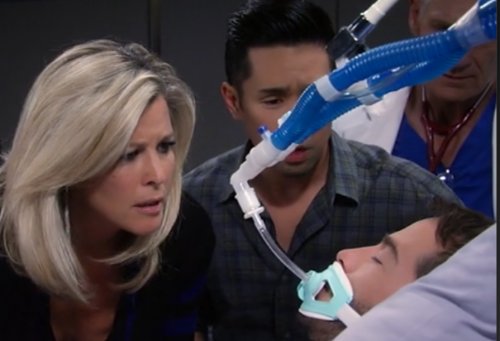 Some GH spoilers teased that Andre portrayer Anthony Montgomery would be exiting the show and many GH fans assumed he’d be a serial killer victim but now other spoilers hint that Andre could instead be the serial killer. By late summer, Valerie Spencer (Brytni Sarpy) will crack the case and be in danger, so will it be Andre she discovers is the angel of death?

What do you think GH fans? Could the seemingly stable and kind Dr Andre Maddox be the GH serial killer? Is the shrink killing off GH patients and staff? Did he murder Dr Mayes because he caught him in the room about to whack his elderly patient? Share your comments below and check back with CDL often for the latest General Hospital spoilers and news.