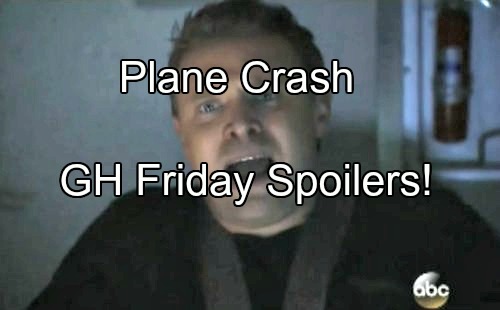 General Hospital (GH) spoilers for Friday’s episode, July 29, tease that Claudette scores some alone time with Nathan and takes advantage and tensions between Curtis and Jordan boil over. Most dramatically, Jason crashes the escape airplane in Greece, and Franco finds himself in hot water at GH after the next serial killing.

The big question based on the prior episode is what happens when Jason Morgan (Billy Miller) has to crash land the private jet they pilfered from Cassadine Island. Will all the Port Charles people survive the violent touchdown? Where are they landing?

Will injured and infected Kevin Collins (Jon Lindström) survive the crash? Will anyone be harmed? How far from Cassadine Island did the gang get before they crashed? Are they close enough for Valentin to get to them? What’s next in their adventure? 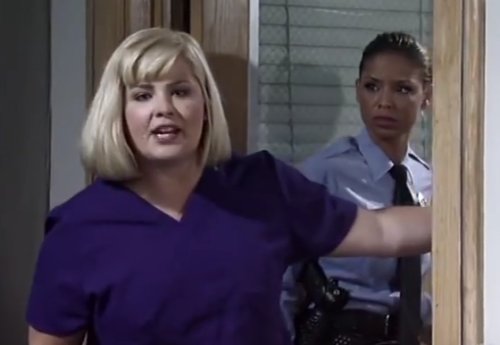 Over at GH, General Hospital spoilers tease that Amy Driscoll (Risa Dorkin) finds a patient in distress and calls for a crash cart. Valerie Spencer (Brytni Sarpy) is on hand and immediately suspects that it’s another GH serial killer fatality.

Looks like Franco (Roger Howarth) was lurking in the wrong place at the wrong time while preparing for his date with Liz Webber (Rebecca Herbst) and that leaves him looking guilty. Valerie slams Franco against the door and hassles him while he asks what’s going on. 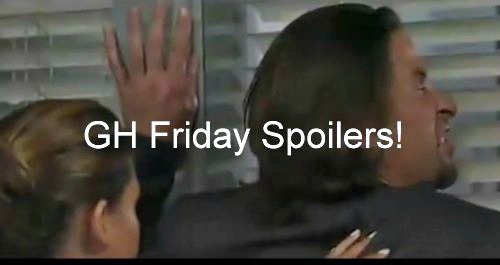 This situation will amp up the nerves Liz is having about their first date and Griffin Munro (Matt Cohen) notices that she’s off and asks what’s up. Griffin asks if this has something to do with Franco and Liz confirms it does. 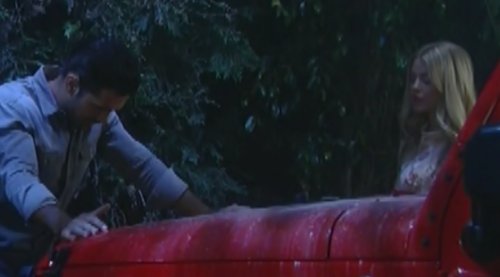 What does one expect from a first date with a reformed serial killer (and current murder suspect)? Liz has never been known for her good judgment when it comes to men but Franco has the best intentions and is even understanding when Valerie suspects him.

At Maxie Jones’ (Molly Burnett) place, she finds that Nathan West (Ryan Paevey) is gone, his phone has been left behind, and sees the shattered frame and wedding photo in the trash. Maxie suspects that Claudette Bolland (Bree Williamson) is up to no good.

Maxie is probably right since Nathan and Claudette end up conveniently stranded alone when Nathan’s car breaks down. Claudette plays innocent and it seems like Nathan is falling for her act and may still have a soft spot for his cheating ex-wife. 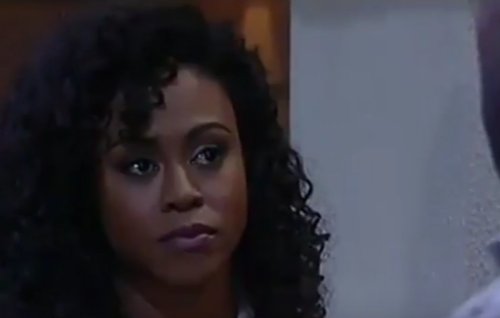 Also, Jordan Ashford (Vinessa Antoine) and Curtis Ashford (Donnell Turner) get into a heated argument that may turn into another kind of heat. General Hospital spoilers tease that Curtis and Jordan might soon get intimate – does their coming argument spark this event?

There’s so much to see on the Friday, July 29 cliffhanger episode. Be sure to watch every minute and then come back to CDL for all the latest and hottest General Hospital spoilers, news and more!