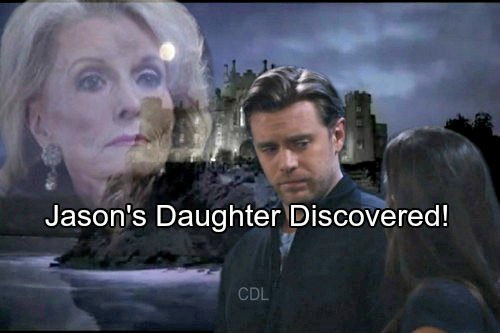 Nikolas (Nick Stabile), Ava (Maura West), Jason (Billy MIller) and Sam (Kelly Monaco) are all on Cassadine Island. Sam and Jason found what they were looking for and that was Nikolas alive – but that’s not the end of their mystery adventure.

General Hospital spoilers say Jason has a huge life altering experience on the Island. Lets rewind to 2012 when Cesar Faison (Anders Hove) killed Jason, kicking him into the water never to be found by his loved ones. The Cassadines did find him and they froze him for several years until Robin Scorpio Drake (Kimberly McCullough) saved the day bringing him back to life and back to Port Charles.

That is relevant because what Jason is about to encounter at Cassadine Island will tie into the time he was missing and the time Helena had little Jake (Hudson West) captive for those years.

Helena cursed Sam on her deathbed saying “I curse you Samantha Morgan those who begot you and those you begot and all those who touch you. You and yours will never know happiness in this life nor any other.” That curse is important because Sam’s perfect life with Jason and Danny will be changing very soon.

GH Spoilers reveal that one of the PC residents will come upon a little girl at Cassadine Island and that the little girl has ties to Jason!!! 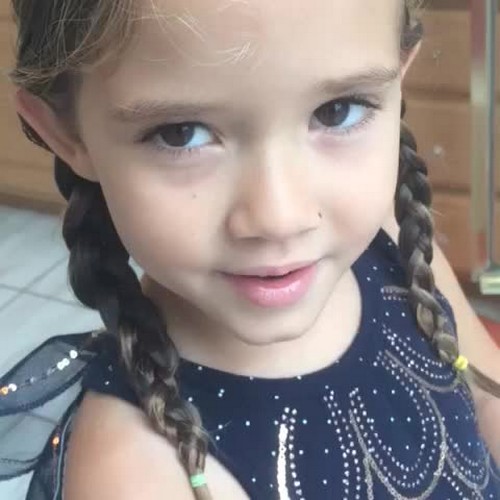 On July 25 Athena (Jazmyn Skye Vale) makes her debut. Sources say the mysterious Athena is none other than Jason’s daughter!! Athena’s age fits perfectly into the timeline of the years Jake was missing and Jason was frozen – both being held captive by the evil Helena.

While Helena had Jason captive she stole his sperm and used a surrogate to produce Athena but what is the reason for making another child of Jason’s? Helena also had little Jake captive and he was lonely so Helena gave Jake a real sibling to keep him happy.

When Helena gave Elizabeth (Rebecca Herbst) the “Jakes Adventure” diary Elizabeth said she would read it at the hospital so that she was close to the psychiatric ward but never read it. However Franco (Roger Howarth) did read it yet never said a word about the contents.

General Hospital spoilers say Franco and Elizabeth will end up on Cassadine Island which fits perfectly with the diary (Little Jake has a sister) and the discovery of Athena. When Franco sees her will it click that this is the little girl in the diary who Jake lived with on the Island. Does Franco know the identity of her father? Franco would love to use this bombshell to his advantage.

Does Athena provide more impetus for Helena’s curse on Sam by being a bad seed? Remember how little Jake acted when he hated Sam? Drawing dark ugly pictures of her. Sam wound up in a basement for days and almost died in a fiery explosion. Jake did everything he could to keep Sam and Jason apart.

One thing is for sure, General Hospital will drag this storyline out as long as they can so don’t expect Jason to know he has a daughter for quite sometime. Who knows, maybe someone in PC will adopt her and it will be months until the paternity reveal of Athena. After all, we all know how long it took for PC to learn that big Jake was Jason….

Please leave your CDL thoughts in the comments below and return for more General Hospital spoilers, news and updates!