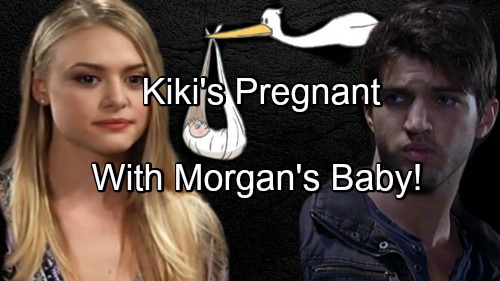 General Hospital (GH) spoilers reveal that Kiki Jerome (Hayley Erin) has news that will cause Carly Corinthos (Laura Wright) to absolutely lose control. General Hospital Fans found out that Kiki has offered to quit her job, in order to save Carly any more grief; seeing Kiki is just one more sad reminder that her youngest son, Morgan Corinthos (Bryan Craig), is dead and never coming back.

General Hospital spoilers warn that Kiki may be out of sight, but she will never be out of mind, especially when she drops the bombshell that she is pregnant with Morgan’s child. Of course, Carly will be in denial and be suspicious since she believed that Kiki was cheating on Morgan with Dillon Quartermaine (Robert Palmer Watkins) at the time of Morgan’s death.

GH viewers know that the truth was they hadn’t been any more intimate than a kiss and the silhouettes of the two people having sex in the Quartermaine boathouse were in fact Ned Ashton (Wally Kurth) and Olivia Falconeri (Lisa LoCicero). 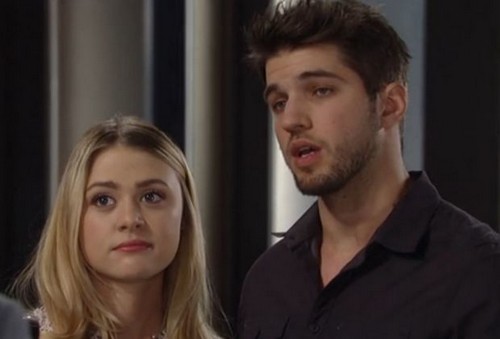 Dillon has always been the shoulder for Kiki to rely on, and hold onto when things got bad, and how could they possibly get any worse than the situation she is in now. Her baby is going to be in the middle of two Port Charles crime families, which is the last thing she is going to want.

Dillon is in love with Kiki and will do anything to make her happy, he will even attempt to step up and be there for her, do you think she will allow him to be there? Or better yet, do you think Carly would want Dillon anywhere close to her grandchild?

General Hospital spoilers say Kiki being pregnant is going to cause a lot of pain and joy for some of the people she loves. Carly is going to have to finally face the fact that Morgan is gone, but his legacy will live on through his baby with Kiki. Carly may not be ready to be a grandmother but being able to be part of her grandchild’s life may also bring her some sort of peace over Morgan’s untimely death. 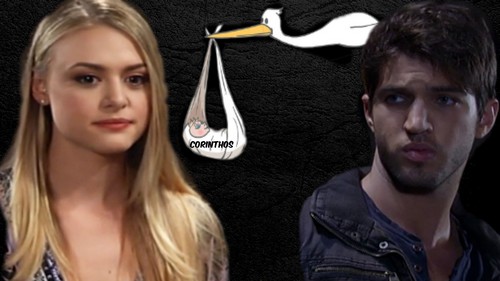 General Hospital fans know that this also means the Corinthos family will have one more tie to the Jerome family, and you can all be sure that Carly and Ava Jerome (Maura West) will be at each other’s throats the minute the announcement is made.

Not only are Ava and Carly bitter enemies struggling to be amicable for the sake of Avery (Ava and Grace Scarola), Ava’s daughter with Carly’s estranged husband Sonny (Maurice Benard), but now they will have to share a grandchild too. What a twist of fate for Avery as well, who would be both an aunt and a sister to the new baby!

How do you think Carly will react to the news of Morgan never being able to be a daddy to his unborn child? This is one storyline no one is going to want to miss. Be sure to tune into ABC’s General Hospital to catch up on this story and more. Check CDL General Hospital spoilers often for news and updates!