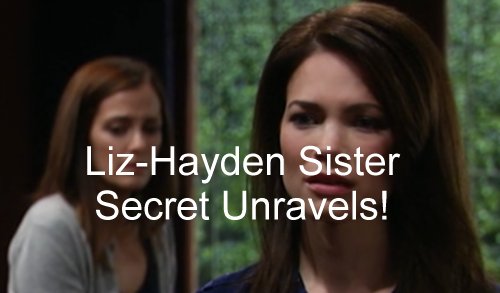 General Hospital (GH) spoilers tease that Naomi Dreyfus (Robin Riker) is back in Port Charles this week and will be stunned when a blast from her past resurfaces as a name is mentioned. Will Naomi finally confirm the sister situation between Hayden Barnes (Rebecca Budig) and Liz Webber (Rebecca Herbst)?

Naomi heads back to Port Charles this week, this time at the request of her daughter Hayden. Hayden wants to use her mom’s connections and influence to get life-saving illegal meds for Hamilton Finn (Michael Easton). Tracy Quartermaine (Jane Elliot) is on hand for this conversation as well.

That doesn’t go well because, as it turns out, Naomi doesn’t have the ties to the right people that she once did. Naomi can’t help Hayden help Finn. Then the conversation turns and things get really interesting. Jeff Webber’s name comes up – that’s Liz’s dad for those who weren’t watching back then.

When Naomi hears “Jeff Webber” she has a visceral reaction. We know that Raymond Berlin, Hayden’s dad, paid Heather Webber (Robin Mattson) a load of cash to keep a secret. It’s looking more and more like that secret is that Hayden and Liz are sisters and they were split between Naomi and Jeff. 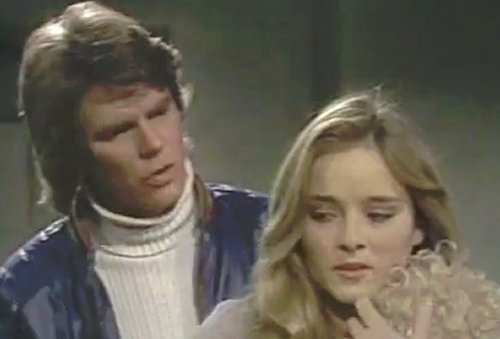 General Hospital spoilers tease another appearance soon by Heather, so Naomi may go see the secret-keeper to find out more dirt. In fact, Naomi may not know all of the secrets herself and it may be only Heather and Naomi’s ex Raymond that know all of the story. All of this will come out very soon.

It may be Hayden that gets the news first about her secret sister since Liz will soon head to Cassadine Island with Franco (Roger Howarth) to try and find out some about Jake Webber’s (Hudson West) history on the island. Will Hayden unravel all of this sister story while Liz is out of Port Charles?

Hayden and Liz are pretty much sworn enemies at this point, so this will not be a welcome revelation for either of them. Plus, it’s really sort of icky and weird that both of them have a past with Nikolas Cassadine (Nick Stabile). Then again,denial in soaps, siblings sharing lovers is not a big deal.

How long before Hayden notices that her mother is unsettled by the mention of Jeff Webber’s name? Will Hayden be so focused on the bad news of not being able to get Finn’s medication that she doesn’t properly register her mother’s reaction to Liz’s father’s name? 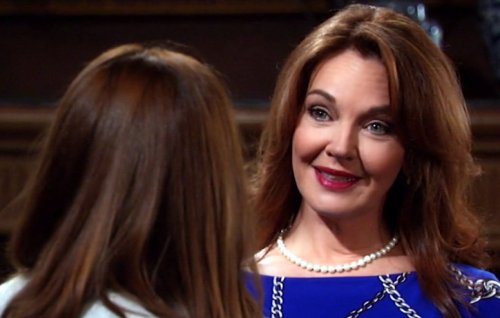 Will Heather spill more details to her son Franco on a return visit? Could it be Franco and Naomi that sort this all out and they’re each left to inform Liz and Hayden? Franco is starting to care about Liz and will want to protect her from any hurts and he knows how much she dislikes Hayden.

However, there’s no shielding someone from an important truth like this. The reveal is inevitable and the reaction from both women will initially be denial, according to General Hospital spoilers. If Hayden and Liz had to have a secret sister, they would not choose one another.

This slow brewing plot will blossom late in Summer and spill over into Fall as the sisters discover who they are to each other – and how to adjust to this stunning new reality. They won’t like it, but since neither has much family, they may become more important to one another after all is said and done.

What do you think GH fans? Are you excited about the secret sister plot? Can Hayden and Liz ever warm up to one another and be real family? How will Liz and Hayden react to the news that their parents aren’t whom they believed all these years?