‘General Hospital’ Spoilers: Which Character Fights For Their Life on Cassadine Island? 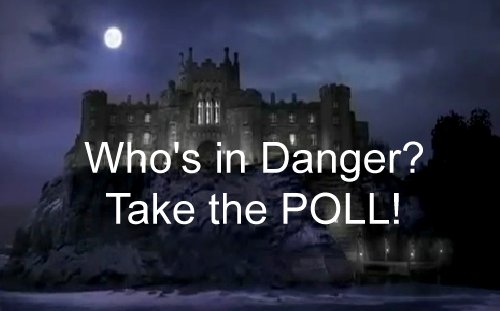 General Hospital (GH) spoilers reveal that the Cassadine Island adventure will soon turn deadly for one of the Port Charles characters and leaves them fighting for their life. But who is it and why is their life at risk at the hands of Theo aka Valentin Cassadine (James Stuart)? Here’s a look at all the characters that will be on the island – read the roster then vote in the POLL!

Sam is a Morgan by marriage but a Cassadine by birth so her life might be at risk because she’s one of the clan that Valentin hates. What might save her is that she’s an illegitimate Cassadine like Valentin so he might let her live since they are both born on the wrong side of the blanket. Will Sam survive? 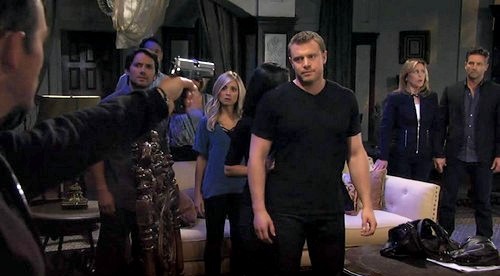 Jason has spent time on Cassadine Island while Helena Cassadine (Constance Towers) held him captive. Could his life be at risk because of some events that occurred during his captivity? Alternately, could Jason’s life be at risk if he defends Sam or one of the other innocent women among the group? 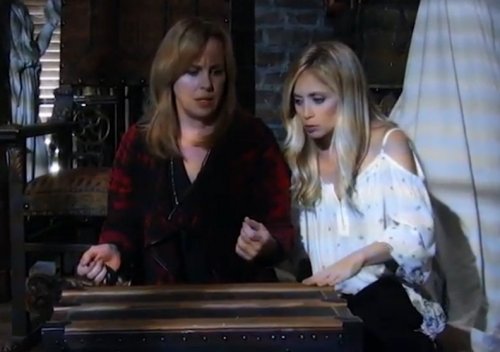 Laura gave birth to Nikolas Cassadine (Nick Stabile), the current crown prince and was involved with both of Valentin’s brothers. Plus, there’s whatever mystery that Helena left for Laura to unravel. Could one or all of these things put Laura’s life at risk at the hands of the ultimately evil Valentin?

While Kevin has no particular tie to the Cassadines beyond his blossoming romance with Laura, what puts him at risk for death is his dispensability. He’s a long-term GH character but, let’s face it, he’s terribly disposable so if he kicked the bucket on Cassadine Island, the ABC soap could go on without a hitch.

Lulu has her own mystery unfolding on Cassadine Island likely to do with her Stavros embryo. Lulu might be at risk because of her ties to Stavros. Could Valentin also be crushing on Lulu because his brother did and that obsession put Lulu’s life at risk if she rejects him (because of course she would)? 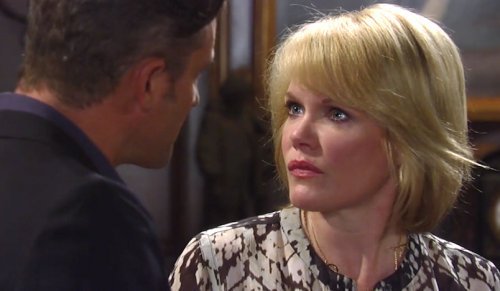 If Valentin comes at Lulu, no doubt Dante would put himself in the line of fire to protect his wife. Plus, Dante is a cop at heart and even though he has no jurisdiction on the island, the cop mentality is pervasive and he would step up to defend anyone at risk and that could cost him his life.

Ava is only there incidentally and will always watch out for her own best interests, so it seems like she should NOT be at risk of danger from Valentin. But if Huxley (Trent Dawson) follows them there looking for the statue, he might come after Ava and put her in danger. Otherwise, she seems a low risk.

Nikolas seems the most obvious choice to be in danger on the island since he’s the crown prince and Valentin has an obvious grudge against the Cassadines since he’s a black sheep that was rejected by his dad Mikkos even though he’s got the Cassadine crest tattooed on his arm. Will he kill Nikolas? 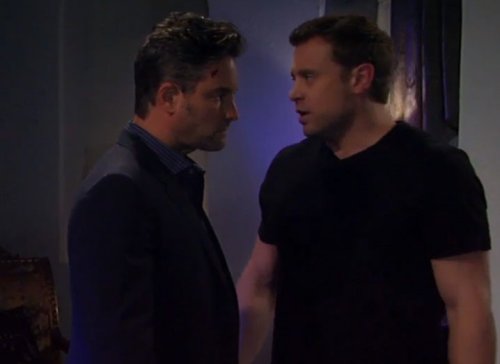 General Hospital spoilers reveal Liz heads to Cassadine Island pursuing answers about Jake Webber’s (Hudson West) time with Helena. Could her pursuit of the truth about her son’s captivity with Helena put Liz’s life at risk? Liz will check into a woman on the island – could all of this spell danger?

Franco will journey with Liz to the island after Jake tells Franco about a memory he recovered from his time on the island. Will Franco put himself in a position to defend Liz if she’s in danger while they seek the rest of the story to fill in the gaps of what Jake told them? Will Franco be at risk saving Liz’s life?

General Hospital spoilers reveal that Hayden will get a message from Nikolas that leads her to Cassadine Island as well. She’ll be stunned to find he’s alive. Will Nikolas have no choice but to appeal to Hayden to save him since everyone else he knows is there and in danger too? Will this put Hayden at risk as well? 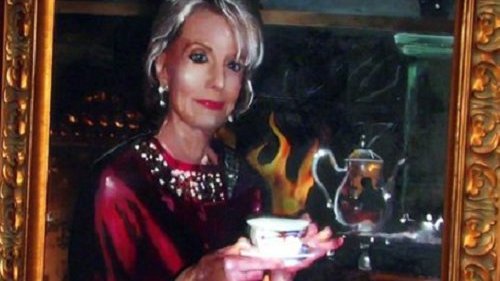 What do you think GH fans? It seems like Port Charles will be a veritable ghost town when the Cassadine Island adventure kicks into high gear because most of the cast of characters will be in Greece. Vote in the POLL on who’s life among these will be in danger.

Plus share your comments below and check back with CDL often for the latest General Hospital spoilers and news.